Jim Curtin to return to Union as head coach 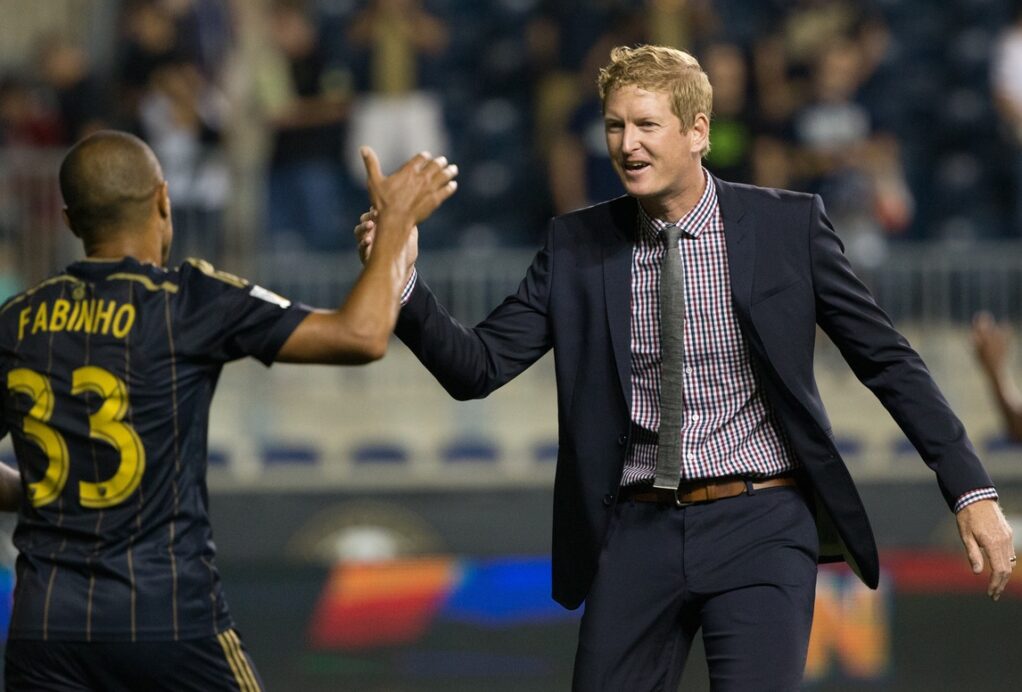 Changes are coming to the Philadelphia Union, but there won’t be any made to the team’s head coaching position.

Union owner Jay Sugarman confirmed on a conference call Monday that head coach Jim Curtin will return for the 2016 season. The news comes on the heels of the Union’s hiring of former U.S. Men’s National Team midfielder and current AZ Alkmaar executive Earnie Stewart as the club’s technical director.

“Jim is the coach for the 2016 season. I can make that clear,” Sugarman said. “I can also make clear that Earnie is going to set a high bar, and I know Jim is looking forward to the challenge. Throughout the organization, we’re expecting people to raise their games.

“I don’t think anybody is satisfied with where we’ve been and I have no doubt that Earnie is going to set a high bar and people are going to have to reach it.”

The move for Stewart is one that, for the Union, was nearly a year in the making.

Sugarman announced last year that the club was in the market for a sporting director, while talks with Stewart reached a tipping point in the past several weeks. Stewart, Sugarman says, checks all the boxes, especially given his background with the USMNT and European connections.

Sugarman says he expects a long-term future with Stewart at the helm, with a five-year period set as an initial benchmark. That future won’t begin until Jan. 1, when Stewart makes the move to Philadelphia while officially departing AZ.

Until then, Stewart will be kept in the loop on the team’s decisions, including the naming of a head coach for the Union’s upcoming USL team. Even if he isn’t fully involved in the day-to-day moves until 2016, the Union expect Stuart to hop right in and and contribute to the team in a place of major need.

“We’ve been looking for a director for a long time,” Sugarman said. “Lots of names had come forward as we really brainstormed and refined the process around key criteria. Some new names came to the floor and this was really a case where it was really the right person and the right fit. Earnie’s had the desire to do something impactful in the U.S., and we really thought he lined up extremely well with our key criteria, so it came together very quickly.

“I think we felt pretty strongly that we needed a firm direction, just in terms of playing philosophy and how we were going to go about building a competitive edge in MLS. What I saw at AZ was that he really had a strong track record of finding players that fit his team’s system and we’re counting on him to do the same here.”

Sugarman said both Curtin and partial owner Richie Graham were part of the process, while Don Garber was consulted in the final moments before the deal’s completion. Sugarman says that the deal was not driven by the league, as the Union went out and found a hire that could impact their team on the sporting side from day one.

Stewart is expected to revamp the team’s scouting, development and recruiting, much like he did at AZ. Likewise, the Union would like to see a more concrete philosophy put together across the board, one that would allow the team to compete with some of the league’s bigger spenders.

At AZ, Stewart did just that, implementing “Moneyball” tactics to help the club get the most value it could out of players. Now, after years of laying groundwork without the benefit of a sporting director, the Union are now looking to enter a more successful period than seen since the team’s introduction in 2010.

“I am super excited. This is a piece of the puzzle where, almost two years ago, we realized that something was not right,” Sugarman said. “If we’re going to be a top-tier team, we want to have a top-tier organization led by a top-tier person on the technical side. We just didn’t have it. Most of the steps we were taking were to build the foundation of the team until we could find that person.