Race to the Soccer Bowl: Fury set for top seed while fourth spot is wide open 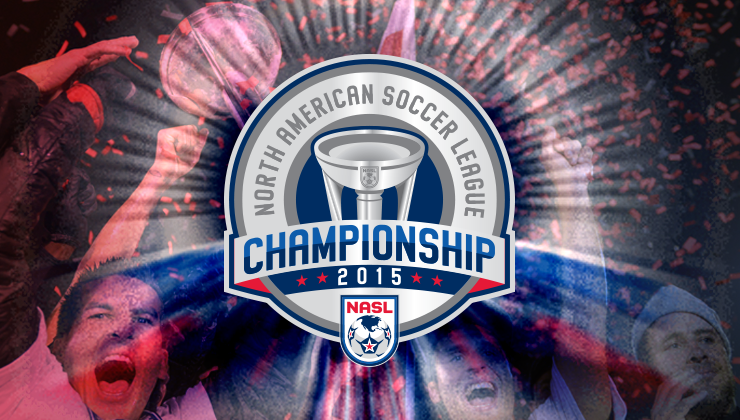 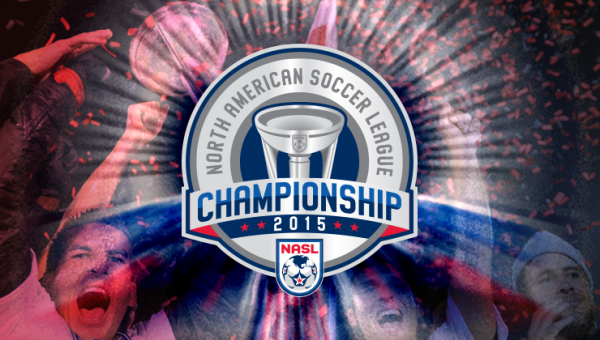 With only four or five regular season games left to play for all sides in NASL, two separate groups of teams are competing for their playoff lives.

After last weekend, the Ottawa Fury remain in first place in both the Fall Season and combined standings, meaning the Canadian side is likely to take the top seed in the playoffs. As number one in the standings, the Fury would host the fourth seed in a semifinal match.

While the New York Cosmos wrapped up a playoff spot by winning the Spring Season, their recent dip in form means that they will likely face a much tougher postseason opponent than the Fury. As the second seed, Gio Savarese’s men would host the third seed, which looks absolutely certain to be Minnesota United.

United sit above the Cosmos in the combined standings, and have enjoyed an outrageous surge in form this Fall Season. The team has won seven of its last nine matches, and the fluidity of their attack has been outstanding.

Here is a closer look at the race to the Soccer Bowl: 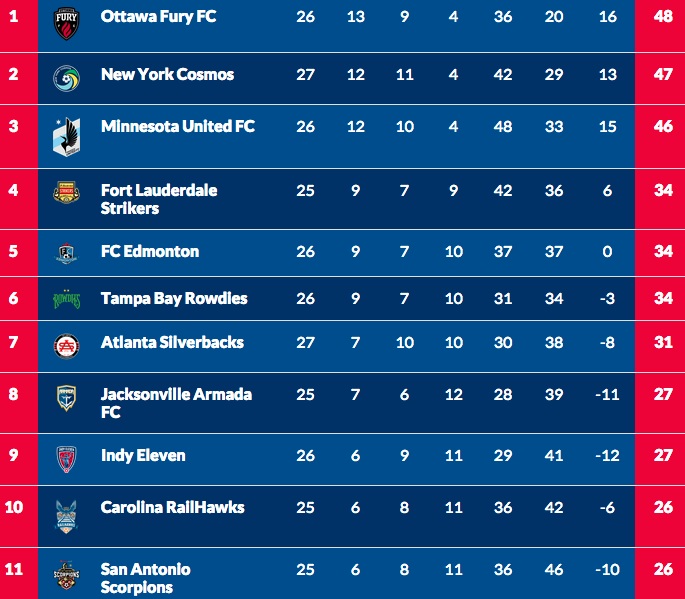 Sitting 13 points below the Cosmos are the three teams with the strongest claim to the fourth seed. The Fort Lauderdale Strikers sit above FC Edmonton and the Tampa Bay Rowdies, with the team from south Florida having a game-in-hand and higher goal differential than the others.

Just three points below that cluster are the Atlanta Silverbacks, who have been hard done by two draws and a close loss to United in their last three games.

Although highly unlikely, even the league’s bottom four sides are still mathematically in playoff contention with just four or five games left to play.

Who do you see making it to the playoffs? Which of these matches are you most looking forward to? Which team will take home the Soccer Bowl?