Talented U.S. squad set to kick off Under-17 World Cup 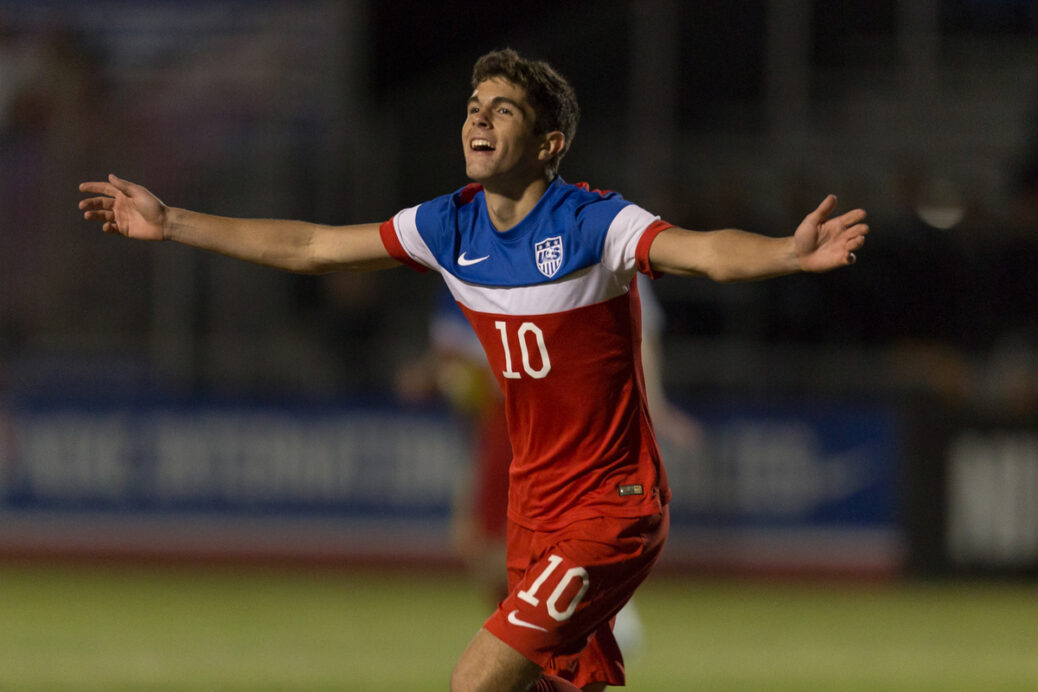 Seven months after booking its spot in the tournament, the U.S. Under-17 Men’s National Team is bound for Chile and the Under-17 World Cup.

Led by highly-touted prospects like Christian Pulisic, Haji Wright and Daniel Barbir, the U.S. boasts one of the more talented U-17 rosters in the country’s history. In total, 15 of the group’s 21 players are associated with professional clubs, an unprecedented number in the team’s history.

A tough task lies ahead in the form of what might just be the competition’s group of death. Set to face off with hosts Chile, reigning champions Nigeria and European powers Croatia, the U.S. faces a grueling road to the knockout rounds of the competition.

Saddled with the weight of high expectations and destined to face quality opposition throughout, the U.S. is under major pressure to make a run in Chile. Head coach Richie Williams believes the current group is more than ready to display its talents on the biggest international stage.

Here is a closer look at the U.S. U-17s squad, schedule, and a preview of what to expect:

CHRISTIAN PULISIC – Viewed by many as one of the brightest prospects in the U.S. system, Pulisic will all but certainly be the team’s most consistent playmaker in the center of the field. Technically impeccable and with creativity to match, the Borussia Dortmund midfielder has drawn praise from former manager Jurgen Klopp while earning comparisons to some of the club’s biggest names. With the ability to play either as a No. 10 or on the wing, Pulisic will have the opportunity for a major coming out part in Chile.

HAJI WRIGHT – Earlier this year, Wright made the decision to join the New York Cosmos, forgoing the more traditional route to the professional level in pursuit of playing time. A talented forward that has the speed and technique to play out wide, Wright is one of the group’s more dynamic options at the forward position. Having now experience a season of tutelage from legendary Raul, the World Cup will present Wright with a chance to demonstrate that his reading of the game has caught up to his oft-praised physical abilities.

LUCA DE LA TORRE – Emerson Hyndman isn’t the only American attacking midfield prospect  coming out of the Fulham system. A frequent contributor to Fulham’s U-21 team, De La Torre will help lead the U.S. midfield alongside Pulisic. With Pulisic drawing much of the attention, De La Torre will be tasked with creating from the center of the field.

JOSH PEREZ – Perez asserted himself as the team’s best goalscorer throughout the qualifying run. With six goals in 2015, Perez will be in charge of leading a talented U.S. firing squad, one which has, for the most, part been one of the more consistent areas of the team.

DANNY BARBIR – A hulking central defender, the 6-foot-3-inch tall Barbir is currently at England’s West Brom and has appeared throughout the club’s youth setup. Technically solid on the ball due to an attacking background, Barbir has continued to adapt to his role as a centerback, a position which he has made his own while with the U-17s

Like most national teams throughout the U.S. Soccer pyramid, the U.S. Under-17 Men’s National Team knows how to deal with the weight of expectations.

Having seen the U.S. fail to qualify for the U-17 World Cup in the previous cycle, the current group had to deal with plenty of pressure in its own qualifying tournament. The U.S. then squandered their chances in falling to Jamaica in the group stages before going to penalty kicks against the same opponent with a berth in the World Cup on the line.

The Americans persevered, booking a spot in the tournament while earning one of the most difficult groups. Now set to face off Nigeria, Croatia and hosts Chile, head coach Richie Williams knows his group can handle the weight of expectation given everything they’ve been through along the way.

“This group was able to advance, they got the job done,” Williams said. “They’ve had a successful two years. They’ve proven that they’re a good group of players and a good team. Now, it’s a new tournament and there shouldn’t be any pressure other than you want to go out there and you want to play well and want to show the world that, over the last two years, that it wasn’t a fluke and that you’re a good team that can do well in the tournament.

With that experience in tow, Williams has opted to include a group of familiar faces.

Of the 21 players on the roster, 19 were a part of the team that battled through qualifying in Match. Eric Lopez has been added as the team’s third goalkeeper,while midfielder Auston Trusty of the Philadelphia Union has impressed Williams in recent months with his development.

Other than that, it’s more of the same, with 20 players on the roster coming up through the development academy.

What sets the team apart from those of previous years is its players’ experiences on the club level. Last cycle, only eight players were associated with professional teams at the time of the tournament, while this year’s group has 15 players currently playing or training with professional clubs.

“We were happy with the group, and we spoke with the group and said. ‘you’re not guaranteed a spot in the World Cup just because you were on the qualifying roster’, and they were up for the challenge and they kept training well and competing and developing. We were happy with the players that, for the most part, led us through qualification and we have faith in them that they’re going to do a good job here at the World Cup.”

Perhaps the Americans’ most talented unit is located in the midfield, a group littered with impressive playmakers.

Fulham’s Luca Della Torre and FC Dallas product Alejandro Zendejas both provide plenty of versatility, but most eyes will be on the play of Borussia Dortmund youngster Christian Pulisic.

A mainstay with Dortmund’s youth teams, Pulisic has been one of the major leaders for the U.S. in recent months, and Williams foresees much more of the same in World Cup qualifying.

“We have high expectations for Christian, and I’m sure he does for himself, and we think he’s a super talented player,” Williams said. “He’s obviously done very well in Germany with Dortmund and, again, with us, we expect him to be a leader in the attack for us, set up goals for us and just to be Christian.”

“He’s a good person. He’s super competitive, so on top of him having a lot of talent and the ability to create and score goals, he’ll also defend or do whatever he needs to do for the team,” Williams said. “He’s super-competitive and wants to win, so I think that’s obviously what we have to have throughout the whole team, and I think Christian is one of those leaders that leads by example through his competitiveness.”

Ahead of Pulisic, the U.S. has a talented stable of forwards that have the ability to interchange effortlessly between the wide and central positions.

Leading the line will likely be Haji Wright and Josh Perez, the latter of which was the team’s leading scorer with six goals in the calendar year.

In total, the U.S. returns nine players that have tallied goals in 2105.

However, it hasn’t been all sunshine for the current group. Williams was quick to point to the qualifying loss to Jamaica, a game that the saw the U.S. squander several chances before giving up a second-half penalty kick.

“They have to understand that when they have opportunities at this level, they have to put them away and they have to do better with it,” Williams said. “They have, for the most part, over this cycle shown that they are capable of doing that. We have confidence in them. We have to make sure that they’re confident going into the games and that they’re aggressive in that final third and creating and scoring goals for us.

“We feel comfortable with the group that we’ve brought in,” Williams added. “They’ve proven over the last two years that they’re capable of creating chances and scoring, taking their opportunities. They’ve scored a lot of goals. We do have confidence in them and we know that they have the ability to do it.”

If the team can get its goal-scoring unit clicking, Williams expects his team to compete while in Chile. Goalkeeper William Pulisic started every match in qualifying, while a defensive unit included New York Red Bulls product Tyler Adams, Barbir and the LA Galaxy’s Hugo Arellano lead a talented defensive unit with plenty of depth for Williams to mix and match.

Now, it’s about putting it all together in the face of a tough group. Nigeria enters as reigning champions, a perennial powerhouse on the youth levels. Chile has the advantage of playing on home soil, while Croatia continues to standout as a soccer nation in Europe.

Familiarity will, once again, be a factor. The U.S. has already beaten Croatia in friendly play while also earning a draw with Chile. In addition, Williams said that the team has found video on Nigeria, which has allowed to team to scour properly ahead of the group stages.

Playing against teams with such lofty resumes, Williams knows his team has much to prove, especially in the wake of recent senior and Olympic team struggles.

But, according to Williams’, it’s not about setting some sort of tone for U.S. soccer as a whole; it’s about being the best the team can be and taking things as far as possible.