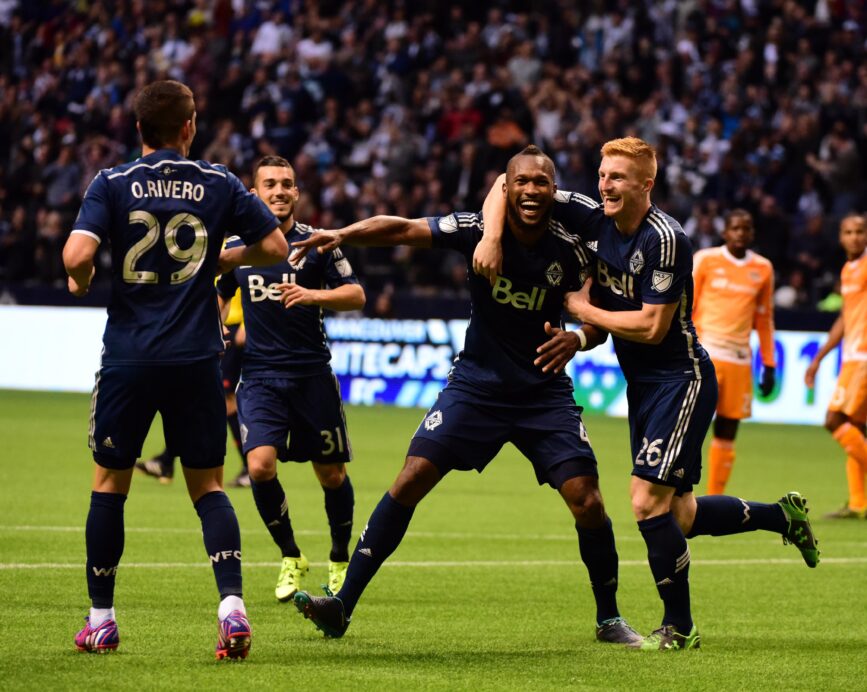 The Whitecaps could have ended up in a number of different positions heading into the MLS Cup Playoffs, but at the end of day, the Canadian side earned a first-round bye in the West with a 3-0 win against the Houston Dynamo at BC Place.

Kekuta Manneh, defender Kendall Waston and substitute forward Robert Earnshaw vaulted the Whitecaps into the second seed with goals. Vancouver will play the second-lowest remaining seed from the knockout round winners, who will be determined on Wednesday and Thursday.

While a trio of shots did manage to beat Dynamo goalkeeper Joe Willis Sunday, he did make the best save of the evening just moments into the Decision Day contest with the Whitecaps.

After coming off his line to clear a poor back pass from Leonel Miranda, midfielder Cristian Techera beat the Dynamo netminder to the ball and sent in a cross towards Octavio Rivero, who headed the ball hard and to the ground. Willis, who rushed back to his line, quickly dove and pawed the ball off of the goal line to prevent the Whitecaps from taking the early lead.

However, as the game wore on, the Whitecaps found a way through Houston, and eventually Willis. Manneh broke the deadlock in the 59th minute with a blast from a few yards outside of the penalty area.

Thirteen minutes later, centerback Waston rose high and headed in a Techera corner kick for the team’s second goal of the game. That was more than enough to seal the deal Sunday, but two minutes into second-half stoppage time, Earnshaw would leave no room for doubt.

The Welshman headed in a Mauro Rosales cross from the left wing to give the Whitecaps the decisive 3-0 victory and second seed in the West.