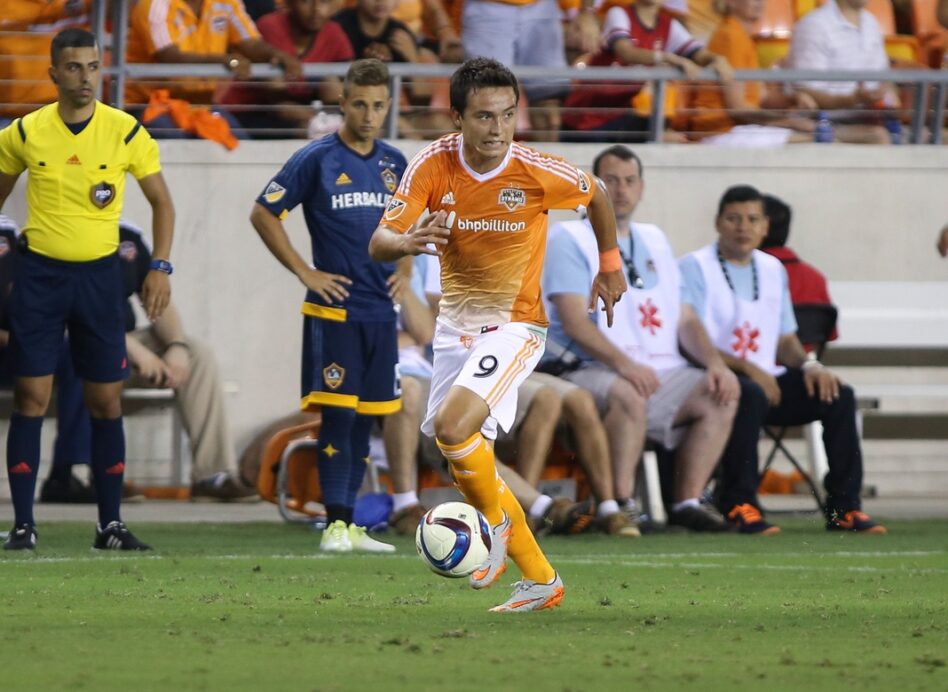 Erick ‘Cubo’ Torres failed to impress in his short stint with the Houston Dynamo this season, and now it appears that the Mexico star may be set for a change in scenery.

Sports Illustrated reported Tuesday that the Dynamo are exploring the possibility of trading the 22-year-old striker. Several MLS clubs are reportedly interested in pursuing Torres.

The Mexico forward, who joined the Dynamo from Chivas Guadalajara for a $7 million transfer fee, failed to score in his 11 games with the Dynamo this season. Torres’ drought has reportedly played a major part in the Dynamo’s decision to explore trade options, as the forward has reportedly yet to earn the trust of manager Owen Coyle.

Prior to joining the Dynamo, Torres rose to prominence as a member of Chivas USA, scoring 15 goals in 2014, the club’s final campaign before folding. Torres proceeded to join Chivas de Guadalajara in Liga MX on loan, scoring two league goals while contributing three additional finishes in Copa MX play.

Internationally, Torres has made four appearances for Mexico, scoring once for El Tri. Most recently, Torres represented the Mexico U-23s in the team’s successful run through CONCACAF Olympic qualifying.

What do you think of the Dynamo reportedly shopping Torres? Should the club keep him and see how he does for an entire season? What teams should pursue Torres?