Thierry Henry weighs in on NYCFC’s hire of Patrick Vieira 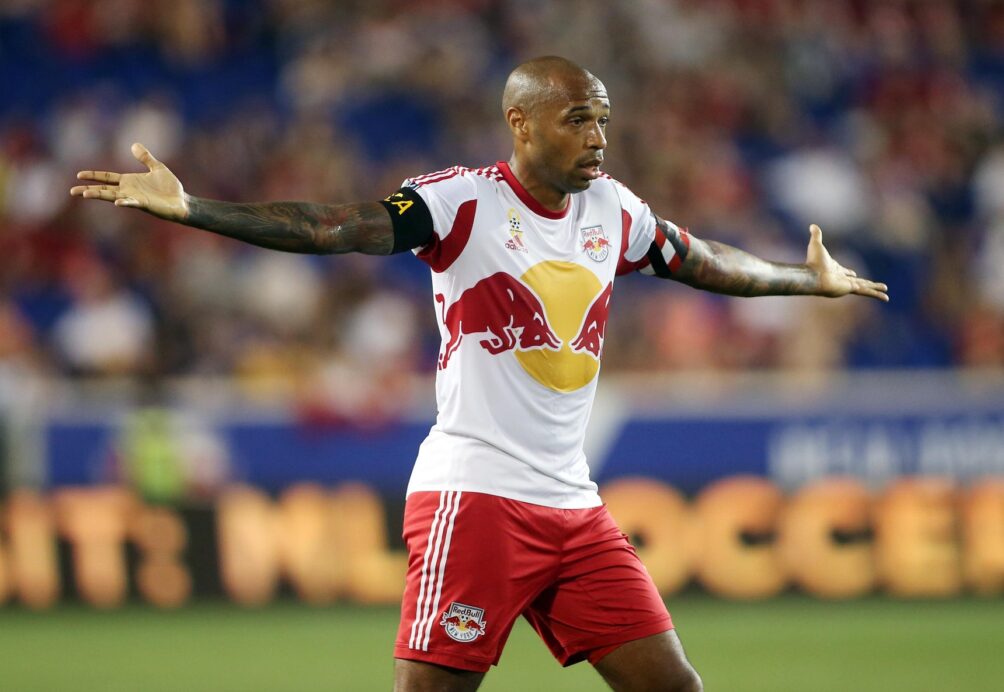 Teammates with the French National Team as well as Arsenal’s famous “Invincibles”, Henry and Vieira developed a strong relationship throughout their respective careers. However, following his stint with the New York Red Bulls, Henry took the opportunity to jokingly criticize his friend and former teammate for joining the team’s local rivals.

“I usually watch the MLS because I played there. He went to the wrong team,” Henry joked in a video from Sport360. “I’d hoped he would support the Red Bulls and not NYCFC but, at the end of the day, I just hope he has a good time there, a good career, and come backs to Europe with a lot of experience.

“New York is a great town,” Henry added. “He is going to love that. He is going to be coaching some guys that I used played against, which will be funny. Hopefully, he can change the way that team is. It was a massive disappointment for them not to make the playoffs. I don’t know how they didn’t manage to do that, but they didn’t. So Patrick being there, hopefully it will be something great for him and who knows what will happen after.”

While Henry will keep a close eye on Vieira’s progress, he wouldn’t go so far as to say that he was interested in following Vieira’s path.

Having been assisting Arsenal’s youth sides since his retirement last year, Henry was non-committal when asked if he would join Vieira in the head coaching path.

“I don’t know, man,” Henry said. “People do different things but I wish him all the very best, I think he deserves it and I am going to follow him.”