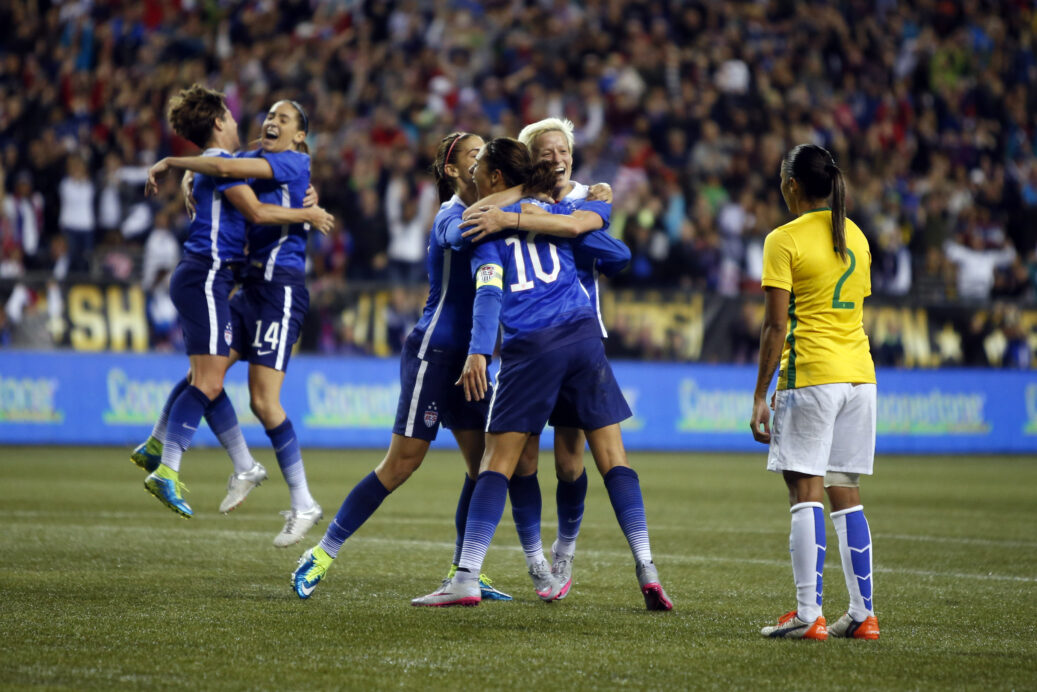 The U.S. Women’s National Team’s road to the Olympics will include facing off against a regional rival.

The CONCACAF Women’s Olympic Qualifying groups were announced on Monday, and the USWNT was paired with Mexico as well as Costa Rica and Puerto Rico in Group A. Meanwhile in Group B, Canada will play against Guatemala, Trinidad & Tobago, and Guyana.

The U.S. is set to host the 2016 qualifying tournament, with the first game kicking off on Feb. 10. BBVA Compass Stadium in Houston, Texas, and Toyota Stadium in Frisco, Texas, will be the two sites that hold games for next year’s competition.

The top two teams from each group will advance to the region’s semifinals, but only the two tournament finalists will qualify for next summer’s Olympics in Brazil.

After a remarkable 2015 campaign that included winning the Women’s World Cup, the USWNT is set to end the year with two friendly games against Trinidad & Tobago and two more against China in December.

What do you think of the USWNT’s group? Think they will advance with ease or will it be tough given the amount of new faces that we might see?