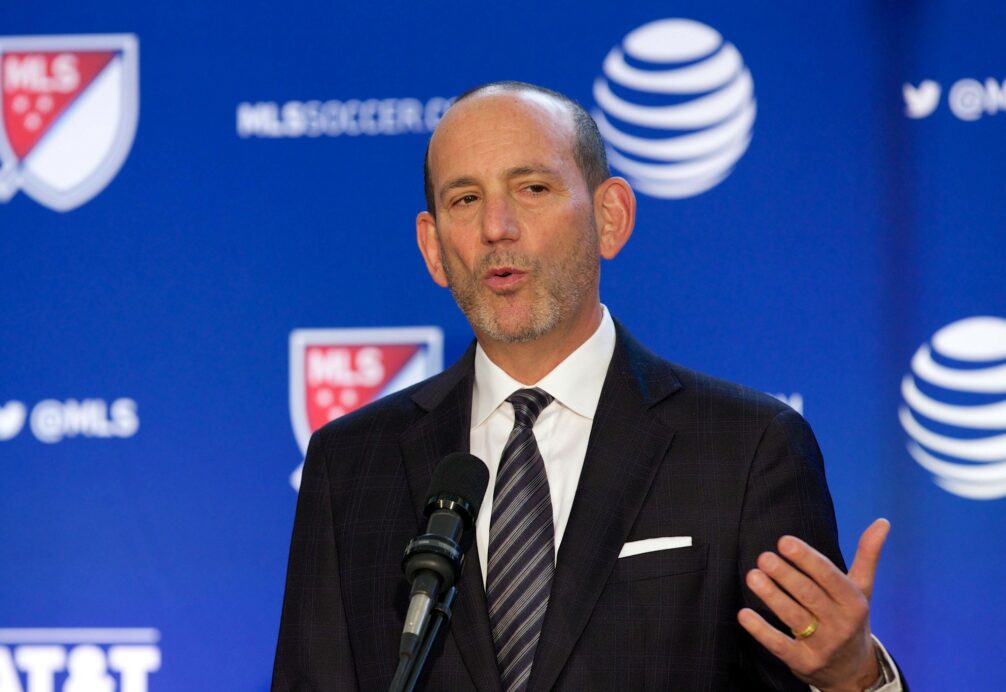 Don Garber is quick to admit that the current movement in Sacramento has caught his eye, but those hoping that the league will make its way to the city will need to display one further trait: patience.

Since the founding of the USL’s Sacramento Republic, the city has found itself emerging as a premier soccer market. Averaging 11,000 fans per game at the lower levels of U.S. soccer is certainly an impressive feat, catching the eye of many across the nation’s soccer landscape. Sacramento officials have made their desire to have an MLS team known for years. Stadium proposals soon followed, and now the city of Sacramento is seen as one of the strongest candidates for MLS expansion.

Garber is fully aware of what is going on in Sacramento, a market that he admitted will be high on his list when the league expands past 24 teams. However, with a second Los Angeles Team, Minnesota, Atlanta and, at least currently, Miami, still on their way into the league, Garber says those in Sacramento will have to be patient as the league continues to move through the expansion process.

“Sacramento had not been on the priority list,” Garber said. “It was never part of any plan when we launched the league or when we went back to San Jose. Then, we started seeing what’s been happening with the Republic and their great ownership group and we had to take a step back and say ‘man, this is really special’. We need to work together to find a way to work them into the league, but we need to do it in a systematic way.

“We’re in the long-term business, and I subscribe to the idea that life is a long time, and this might be painful in the short-term, but long-term I really believe that the Republic will be int his league and they’ll be a really popular club and everybody will forget the drama and the uncertainty of where they are today.”

Garber went on to confirm that the San Jose Earthquakes do have rights over the market that Sacramento would fall into, although the MLS Commissioner revealed the Quakes ownership has been incredibly supportive of what’s in “the best interest of the league”. Still, Garber made sure to shy away from any formal commitments, including the idea of Sacramento replacing Miami in the expansion pecking order.

“We have announced that we will go beyond 24 teams, and I think Sacramento will be very high on our list of next clubs to come into the league. Now, we’re going to continue to monitor what goes on there, we’ll pay close attention to how they continue to develop their USL team, but I want to applaud the city for what they’ve done to support the Republic’s desire to be in our league.”

Here are some more news and notes from Don Garber’s State of the League address:

Like it or not, MLS is built around a salary cap system, and Garber says he believes that system has plenty of room to evolve as revenue continues to build.

Barber told media that player spending has quintupled since the 2007 season, while the $120 million spend on Designated Players is six times more than the money spent just five years ago. With TV money, ticket sales and expansion fees continuing to rise, Garber believes that things are on their way up when it comes to player spending.

Still, Garber knows that the league will need to spend more if it is to be counted among the world’s best. Citing competition from Liga MX, Garber says that growth is on its way, although it will be on calculated erms.

“We have been going about building quality systematically and I think that systematic, strategic approach has allowed us to be in the position that we’re in today, which is careful and controlled growth,” Garber said. “It started in 2007 with the need to bring in a bigger name, more experienced international players that that led to the Designated Player rule.

“Then, at the bottom of the roster, and this has a lot to do with our relationship with the Canadian Soccer Association and U.S. Soccer, we needed to invest in youth development through a mandate with our academy program, but also doing it with trying to show value with having a HomeGrown Player rule for example. Where we are now is focusing on the core of our rosters, the middle of our rosters, positions four through seven of five through eight, and that’s what the TAM program is all about. Ultimately, as our revenue’s grow, we can ensure that our resources are effectively applied to all three of those segments.”

MLS TO CONTINUE LOCAL DEVELOPMENT VIA PARTNERSHIP WITH USL

Garber recently made headlines with his comments regarding the possibility of an MLS team playing in small-market Chattanooga, but the MLS commissioner insists that those small markets will have a major part to play in the game’s future.

As the league continues to develop a partnership with the USL, Garber believes that the growth of American and Canadian soccer will be majorly impacted by teams on the lower levels. Although the commissioner will allow each team to make decisions that best fit their particular cases, Garber says the USL offers clubs a chance to develop talent while furthering the game via grassroots efforts.

“The relationship is a strong one,” Garber said, “and I really do believe, and I know many fans question this, in the soccer period and I believe that there is a place for secondary leagues to help grow the sport at all levels. We’re trying to create a nation in these two countries for professional soccer fans and followers, as opposed to just fans and followers of national teams and foreign clubs.

“In order to do that, you need to have boots on the ground and local players in the community and teams that are doing great things, including and especially in places like Chattanooga. You’ll see more and more investment in the lower levels and I can’t even imagine what it’s going to look like 10 years from now.”

With a large amount of players set to represent their countries next summer, MLS is looking to take some sort of break during the Copa America Centenario.

“We’re very seriously considering taking a two-week break during the Centenario,” Garber said. “We’ll talk to our board about that this weekend and the league is supportive of taking that break.”

The Copa America Centenario, which will feature the 10 teams of CONMEBOL and six from CONCACAF, will be held from June 3-26 in the U.S.

The use of the away goals rule has long been a point of contention for soccer fans, prompting MLS to reassess the league’s decision to utilize it as a playoff tiebreaker.

Like they do every year, the league is set to reevaluate several competitive systems that are currently in place, and Garber stated that chief among them was the use of the away goals rule. Garber pointed out his belief that the playoff system has become more and more competitive, although the league is hoping to find a way to reward teams that have proven themselves more throughout the regular season.

“We do sit down and look at our competitive format deeply every year, and this is one of the things we should look at,” Garber said. “I believe we should take a look at the away goals rule. We’ve had it for a couple of years, and we shouldn’t be afraid to evaluate whether or not that is working to inspire the kind of play that we want in each leg and whether or not it makes sense for what has become a growing fanbase that has really expanded beyond the core that very much lives and understands in this world of international football formats.”

IN WAKE OF FIFA SCANDAL, GARBER VOWS TO DO HIS PART

Like everyone throughout the soccer world, Garber awoke Thursday morning to the news of more arrests in the latest FIFA scandal, and the MLS commissioner is hoping to use his position to help ensure incidents like Thursday’s become few and far between.

Garber told media on Thursday that he has partnered with the heads of several of the world’s top leagues to help form a committee to bring out what Garber says is the “90 percent” of good that surrounds the game of soccer. Hoping to have a strong voice in battling the corruption that has become such a major black spot on the sport, Garber is hoping that he, along with many other leauge leaders, can help to rid the game of the issues that have become a plague in recent years.

“We don’t get a chance to talk about these kinds of things publicly,” Garber said, “but I think, for me, the arrests in Zurich this morning demonstrate, once again, that there are two worlds of soccer. It’s the game that’s played on the field and it’s the scandals that exist with the governance of this sport at many levels.

“As we think ‘how does this affect us going into the weekend?’, we’ll celebrate the best of our league and the best of our sport at our Cup and nothing is going to diminish our excitement with our 20th MLS Cup and the celebration of where we’ve been for the last 20 years.”