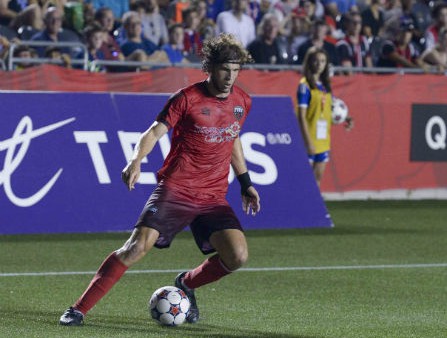 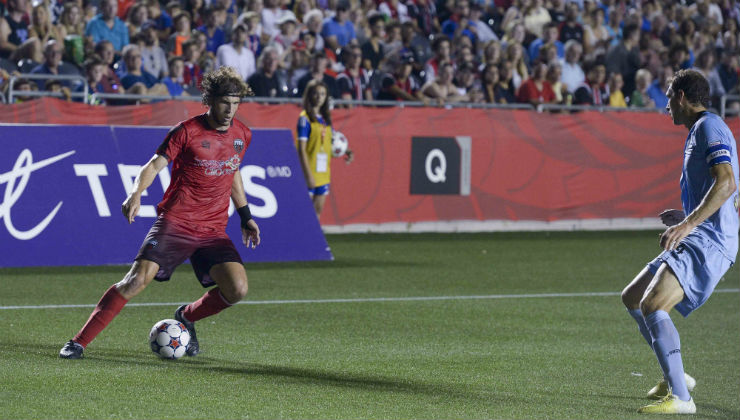 Tom Heinemann is a man with seven years of professional experience in American soccer, and that experience put the Ottawa Fury on the cusp of winning last year’s NASL championship. Now, the goalscorer finds himself in Tampa Bay, starting anew with the Rowdies ahead of the 2016 season.

In his second season as a member of Fury FC, Heinemann scored four postseason goals in two games for the club, bringing them inches from The Championship trophy before falling to the New York Cosmos in the NASL finale. Now a month removed from the title game loss, Heinemann is ready to begin a new chapter in his career by joining a Rowdies club that continues to reload and retool with big-name options

“It was a great opportunity for us professionally and as a family,” Heinemann told SBI. “My wife’s able to work back in the U.S. I’m American. There’s just a lot of factors that lead to this move. My son is almost 11 months, so I hope the opportunity presents itself to take him to Disney World. Its a beautiful part of the country.

“My family are just ecstatic to be joining Tampa Bay and the rich tradition that they have at that club.”

The striker’s time in Ottawa culminated with a playoff run that nobody could have predicted after a poor Spring 2015 season. After finishing the opening stanza of the NASL season in ninth, the club rallied all the way to the top of the Fall standings, claiming the club’s first ever trophy in just its second season of existence.

“Our team that we had last year was special, it was a group that was put together articulately by the staff,” Heinemann told SBI. “It was a group that had been gaining confidence the entire Fall season. I think that if you had asked me at the beginning of the playoffs if we were going to win the championship, and even before the championship game, I would’ve said yes.

“We were just extremely confident. We lost one game in 26, we were scoring goals, we were getting shutouts, we were pretty much doing everything we needed to do to win games. We felt like we weren’t going to be beat. When you have  confidence like that it seeps into the way you play. I really believe that, had we kept 11 men on the pitch, I don’t think we would’ve been beat that night either.”

The addition of Heinemann was far from the Rowdies’ only warning shot of the past week. The Rowdies’ commitment to success in 2016 was exemplified by the re-signing of Freddy Adu, who will pair with Heinemann in leading the Rowdies attack into the next season.

As the club continues to add pieces, Heinemann is excited for the task ahead of leading the Rowdies to an improved 2016 campaign.

“I think it’s going to be extremely fun to line up next to [Adu],” Heinemann told SBI. “He’s very talented, there’s no doubt about that. I’m looking forward to starting a relationship on and off the pitch, and, hopefully, that can bring great things for 2016.”