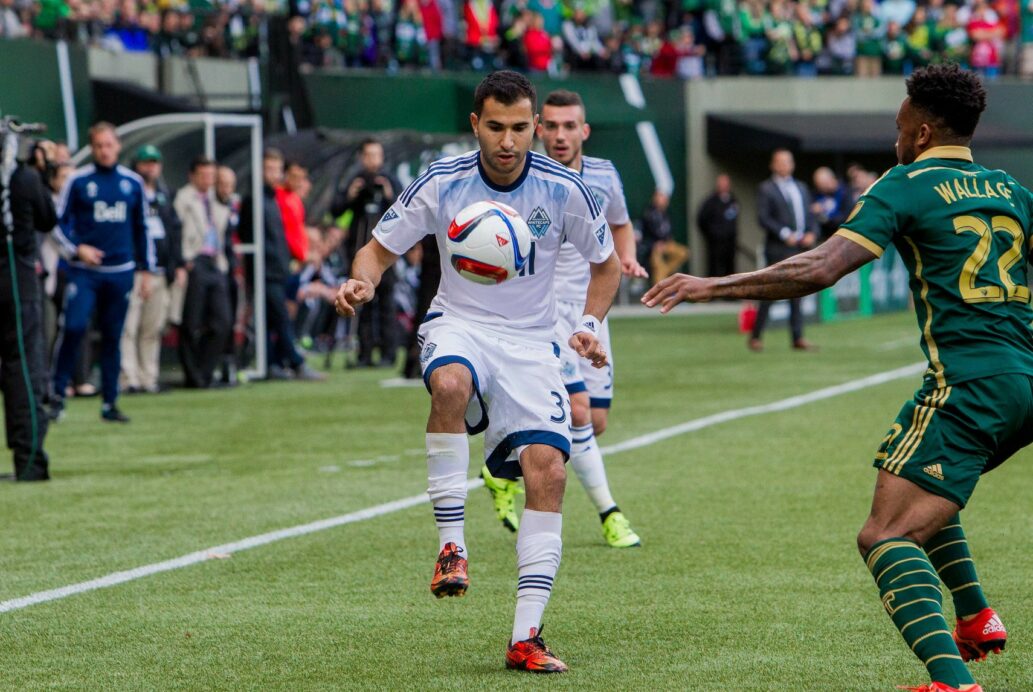 Heading into the 2016 MLS offseason, Toronto FC made a point of patching the club’s back line. The club started by adding veteran defender Drew Moor, and that process continued Friday with the signing of a fullback to match.

On Friday, TFC announced that the club had acquired fullback Steven Beitashour from the Vancouver Whitecaps in exchange for the club’s second-highest second round pick in the upcoming MLS Draft.

“The right back position is one we struggled to fill at times this past season due to injury and available personnel and Steven more than fills that void. He is one of the top right backs in MLS,” said TFC General Manager Tim Bezbatchenko. “Steven brings valuable league and international experience to our defensive group. We are very happy that he wanted to come to Toronto FC and that we were able to finalize this deal.”

In Beitashour, TFC receives a defender that has spent the past two seasons with the Whitecaps, racking up a combined 58 appearances with eight assists. A 2012 MLS All-Star, Beitashour has made a total of 145 appearances with two goals and 24 assists, the latter of which is the most among defenders since Bietashour’s joining of MLS.

“Toronto FC is a club that definitely caused teams around MLS to take notice last season and I’m looking forward to the chance to help take the club to the next level,” said Beitashour. “I’m excited to once again play alongside Justin Morrow and looking forward to this new challenge.”

Following their MLS Cup defeat, the Columbus Crew have brought in a veteran presence to provide assistance along the back line.

On Friday, the Crew announced the signing of free agent fullback Corey Ashe, who spent 2015 with Orlando City after being traded by the Houston Dynamo. In a nine-year MLS career, the two-time MLS All-Star and 2007 MLS Cup champion has made 220 MLS regular-season appearances while contributing 21 assists.

“We would like to thank Corey for choosing Columbus Crew SC. He is a dynamic fullback who has played a big role on successful teams throughout his tenure in this League,” said Sporting Director and Head Coach Gregg Berhalter. “He has won an MLS Cup, has played in two more and will provide veteran leadership and experience to our backline. We feel that Corey will be an ideal fit for our system.”

Following MLS commissioner’s Don Garber comments about adding more than 24 teams, San Antonio took a huge step towards making the jump into the league on Thursday.

In a joint effort with Bexar County, the San Antonio City Council unanimously approved the purchase of Toyota Field on Thursday. Spurs Sports and Entertainment (SSE) will contribute $3 million towards the $21 million cost.

“This is a special day for San Antonio. I deeply appreciate the help of Gordon Hartman, Bexar County, Spurs Sports and Entertainment and my fellow Council members for their efforts in securing the purchase of Toyota Field,” Councilperson Mike Gallagher said in a statement. “Taking an existing facility and expanding its capabilities is a great course of action to take, rather than building a new facility from the ground up. MLS is already a part of our lives here in San Antonio. Our residents are enthusiastic fans, and we would do well to bring MLS to our entire community.”

Should a team not join the MLS in the next six years, SSE must reportedly pay the city of San Antonio and Bexar County $2.5 million each.

After announcing the site for the new training facility in November, the MLS expansion franchise revealed the firm that would be designing it on Friday — architecture and interior design firm tvsdesign.

“We are pleased that tvsdesign is on board to design our new training ground,” Atlanta United president Darren Eales said in a release.  “We are looking forward to working with a local firm that understands the specific design needs of a sports complex, and shares our vision to build a best in class training ground.”

The facility will be approximately thirty minutes outside of the city in Marietta. Construction is scheduled to begin in early 2017, the same year the team is set to debut.