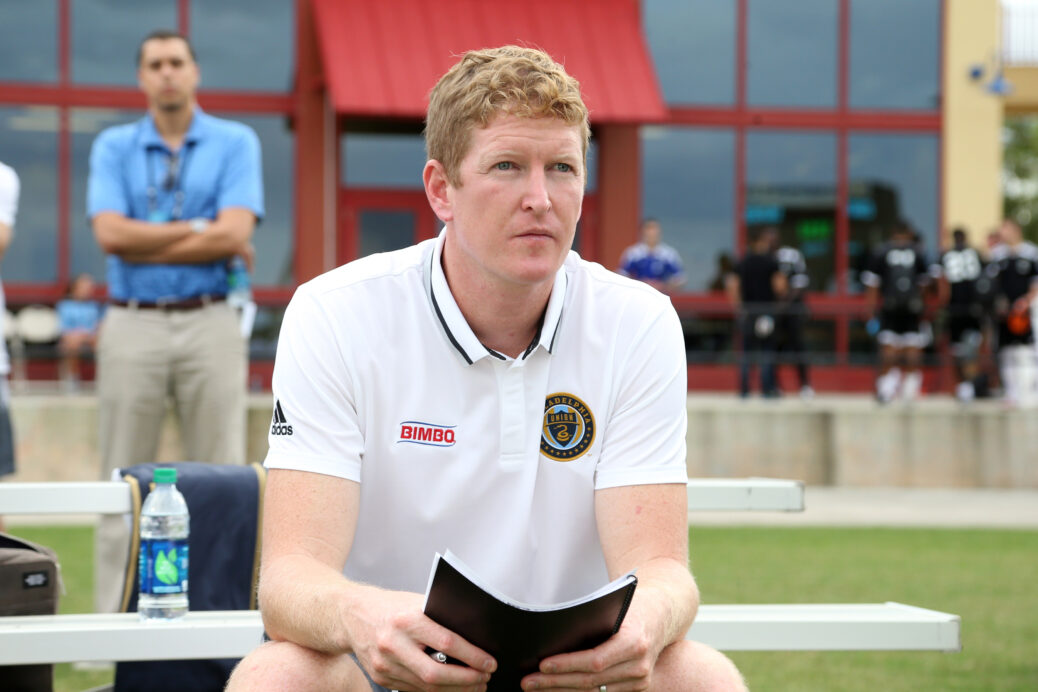 CHESTER, PA — When Earnie Stewart was introduced as sporting director of the Philadelphia Union, he made it clear he wanted two players at each position to push each other for places in the first team.

Through a week of training camp, the competition as well as a new attitude around the club have reinvigorated the squad as they approach the 2016 season.

Head coach Jim Curtin told reporters during the club’s media day on Thursday that competition and work rate during each day of the preseason is expected to be high.

“We have a young group so you like to think they can maintain that through the whole preseason,” Curtin said. “I’ve been very happy with the older players. We’ve pushed them very hard. In the opening stages, we set a tone that it’s going to be a difficult preseason.”

Before the preseason, almost every player had a set role on the team, but where Maurice Edu would play was still up in the air until Thursday, when Curtin confirmed the U.S. international will begin the season as the club’s No. 6.

‘“Mo will be in the midfield,” Curtin said. “We have a plan for him to start as the No. 6. He’s been a soldier for the club in terms of doing whatever the team needs. He’s done whatever we’ve asked. But right now we see him as our No. 6.

“He’s a very good soccer player and the goal is to have him start in the No. 6 and the pieces around him to be better to get a fair assessment,” Curtin continued. “We’ll see it all during the preseason. I think the pieces we’ve added will sure some things up and get him the ball in the spots and play to his skill set.”

Edu is currently rehabbing an injury. He is the only player sitting out training as of now.

“I’m just making sure I’m being smart with things, trying to push as hard as possible, but the bigger thing for me is the big picture,” Edu said. “I don’t want to come back too quickly and have setbacks. I want to make sure when I do come back, I hit the ground running.”

With Edu’s experience taken from the back line, veteran full back Ray Gaddis is expected to take more of a leadership role in defense alongside a youthful bunch that includes Richie Marquez, Joshua Yaro, Keegan Rosenberry and Taylor Washington.

“Coach Curtin had a conversation with me last season and this season about being a leader,” Gaddis said. “I consider myself a leader so it’s no different. Now you have to step up even more when your captain goes into the middle of the field. I know Maurice is going to be on me as well. I’ve been here for a while and I need to step up as a leader.”

Curtin has hinted throughout the offseason that the Union will play more out of the back. If that is the case, a little more pressure will be added to a defensive unit that conceded 55 goals in 2015.

“It really doesn’t change my perspective of the game, but in the back you have to be a lot more clinical because if you make a mistake on the ball, they’re right at the goal,” Gaddis said. “It’s good to be on the ball a lot more. It shows the confidence the coaching staff has with the players that are here with us right now.”

“Vincent falls into the category of if we do a better job putting talented players around him in midfield, he’s a guy that can be the connector from the back to the forwards,” Curtin said. “By being a little more aggressive with outside backs, hopefully Vincent will get more time on the ball.”

With Nogueira and Edu joining Tranquillo Barnetta, Sebastien Le Toux and Chris Pontius in midfield, the Union should be able to spread the production around more as it tries to replace Cristian Maidana’s 15 assists.

“I can say that with the players that we have on the roster right now, once we’re on the field, there’s a lot of opportunity to interchange amongst positions,” forward CJ Sapong said. “I think we’ll be able to be more creative up front and we’ll see what happens.”

Sapong is only being pushed by rookie Fabian Herbers at forward for the moment. The team could add another forward by the end of preseason, but the former Sporting Kansas City man isn’t worried about the potential of additional forward competition.

“In preseason, we as players can’t focus on those things too much,” Sapong said. “All we can focus on is how we can get better.”

If all the players focus on getting better individually and as a team, the Union may be able to achieve their goal of qualifying for the postseason in 2016.

“The ceiling can be very high for the Philadelphia Union in 2016,” Gaddis said.