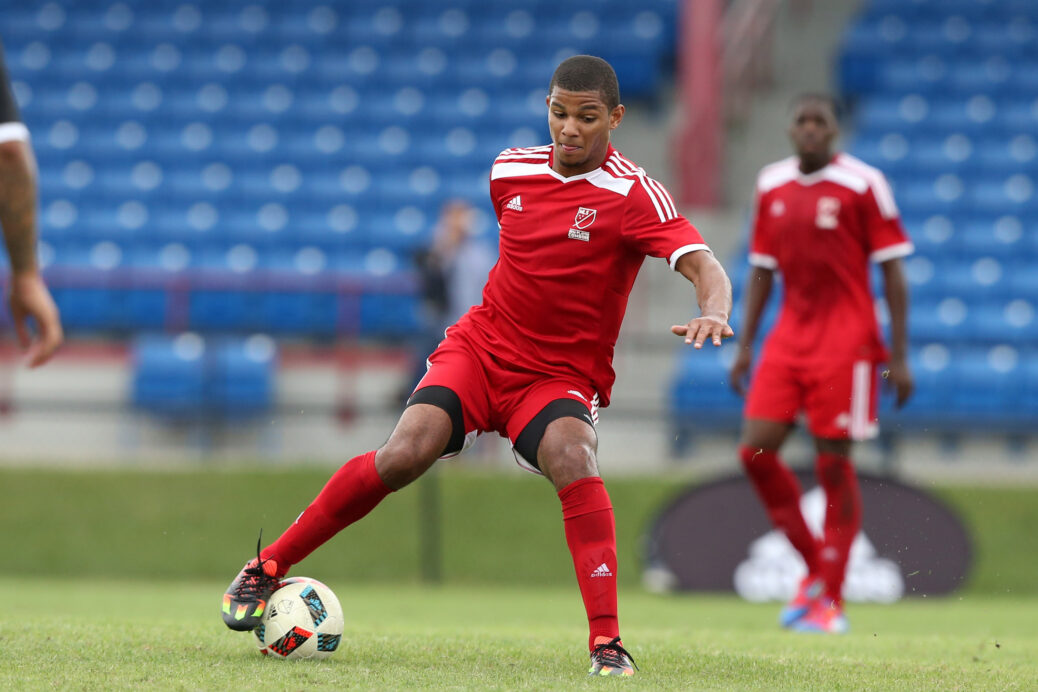 LAUDERHILL, Fla. — More goals, less nerves, and better soccer. Day 2 of the 2016 MLS Combine is in the books, and it was drastically better than the first round of matches.

This year’s batch of MLS hopefuls took to the field for their latest opportunity to impress MLS coaches and scouts on Sunday, and not even a lightning delay early into the first game could stop the prospects from delivering improved play. The first match between Team X and Team Control was entertaining and ended in a 2-2 draw, and the second saw Team Chaos edge Team Ace, 2-1, in an affair that lacked sizzle in the second half.

Stocks have gone up and down after two days of action, and here are how some of players have done so far:

Joshua Yaro (Georgetown) – Had a better second day, but still hasn’t wowed in the way you would expect a projected top pick to. It is obvious the physical qualities are there, but he certainly does not look that comfortable on the right flank and questions persist as to whether he has the size to play centerback in MLS.

Richie Laryea (Akron) – Also had an improved Day 2, but still pretty quiet. He cut down on the sloppy giveaways that plagued him on Friday, but the midfielder needs to do more to make an impact on games.

Tyler David (St Louis) – He played right back on Day 1 and held up well, and looked very good at centerback on Day 2. He lost a couple of notable battles on Sunday, one in the air and one on the dribble, but was still mostly stout with his passing and defending.

Chris Hellman (Lynn) – The forward scored both his team’s goals on Friday via classy finishes, and was active again on Day 2. He’s mobile and aggressive in the final third, and looked more comfortable than most on Sunday.

Ivan Magalhaes (Maryland) – Failed to build on his impressive Day 1 showing. It was not that the centeback was poor on Sunday, he just did not stand out the same way he did during the first round of games.

Eric Verso (Stanford) – Two strong days for the Cardinal midfielder. After assisting on his side’s game-winner on Day 1 with some individual brilliance near the end line, he set up another goal from the right and scored a header on Sunday. He also played pretty well throughout the rest of his stint.

Omar Holness (North Carolina) – Has shown flashes in spurts, but still not taken over a game as some might expect from a Generation adidas player. The Jamaican midfielder has been involved and shown forward-thinking in both of his games, however.

Tsubasa Endoh (Maryland) – Plenty of questions about his size and whether he can make the jump to the next level, but the Terrapin midfielder has been one of the better players at the combine. He added to his solid first performance with another good one on Sunday, and coaches are taking notice.

Fabian Herbers (Creighton) – Day 2 was no different than his Day 1, and it showed. Arriving to South Florida after attending Friday’s MAC Hermann Trophy presentation on Friday, Herbers did not find ways to make an impact and was not on the same page with his teammates. A better performance on Tuesday is expected.

Neco Brett (RMU) – Quiet on Friday, but enjoyed a strong first half on Day 2. He exploited the space down the right flank, whipped in several crosses, and looked to pick up confidence every time he got the ball. His work out wide on one play led to a corner kick that resulted in a goal.

Liam Doyle (Ohio State) – A centerback who scores twice in one game will garner attention. He first found the back of the net via a header off a corner kick on Sunday, and then more impressively scored off a well-taken and low free kick. There are concerns he might be too slow for MLS, but he didn’t hurt himself with that showing on Day 2.