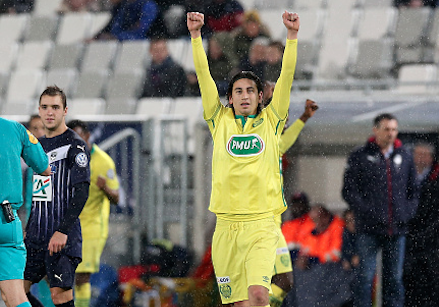 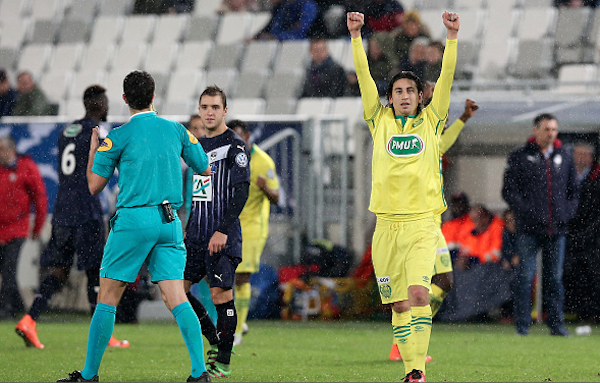 Alejandro Bedoya may have been held off the scoresheet on Saturday, but the red-hot midfielder still found a way to make an impact.

Bedoya continued his fine run of form by assisting the opener in FC Nantes’ 2-1 victory at home over Lorient. The U.S. Men’s National Team regular set up the game’s first goal just 10 minutes in, collecting a pass in the penalty area, racing towards the end line and slicing back a low ball across goal that open teammate Adryan rifled home.

Nantes went on to score again in the first half before conceding via a 79th-minute penalty kick that made for a nervier finish than was desired. The win moved the Canaries into fifth place on the Ligue 1 table, and brought them level on points with Nice, which holds a UEFA Champions League playoff spot. Nantes is now unbeaten in 15 games across all competitions.

Bedoya, 28, has been on an absolute tear for Nantes since late January. He has scored four goals in the club’s last seven games, including a pair in the Coupe de France, and now has an assist to add to this impressive stretch that should have him in contention to start for the U.S. during March’s World Cup qualifiers.

Here is a video of Bedoya’s assist:

What do you think of Bedoya’s latest contribution for Nantes? Why do you believe he has been so successful as of late? Fully expecting him to be a starter for the USMNT come March?