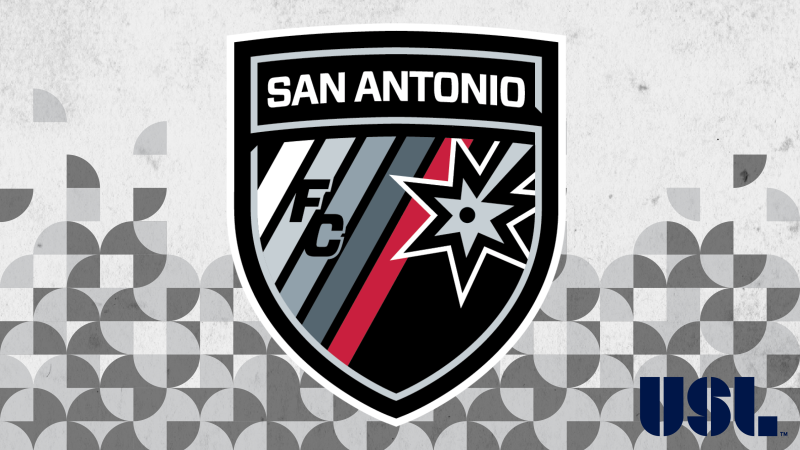 USL’s latest expansion team has a name and crest.

Spurs Sports & Entertainment announced San Antonio FC as the official name of the new USL club, while the team also revealed its badge with black, silver and red as its colors.

“This is San Antonio’s club,” San Antonio FC managing director Tim Holt said during Thursday’s revealing at the AT&T Center’s Rock & Brews. “As an organization, we are tied to this city like no other, so it became vital for us to reflect that in our name and crest. Everything from the club name, the shape of the crest and the team colors were carefully chosen to best represent San Antonio and reflect our relationship with this amazing city.

“We feel that our identity pays tribute to San Antonio’s culture and history, while lighting a new path for soccer in our community. We look forward to representing San Antonio and Spurs Sports & Entertainment through the beautiful game, as San Antonio FC.”

The new club also announced the signings of Rafa Castillo, Victor Araujo, Max Gunderson and Matt Cardone at the event.

San Antonio’s NASL team closed up shop in December after selling Toyota Field and S.T.A.R Soccer Complex to the City of San Antonio and Bexar County. That prompted Spurs Sports and Entertainment to step in and rent the facilities for the upcoming season.

San Antonio FC will start its debut season in USL on April 3 in a match-up with Seattle Sounders 2. It will then play its first home match of the season at Toyota Field on April 9.

What do you think of the crest and name? What are you expecting from San Antonio FC in 2016?