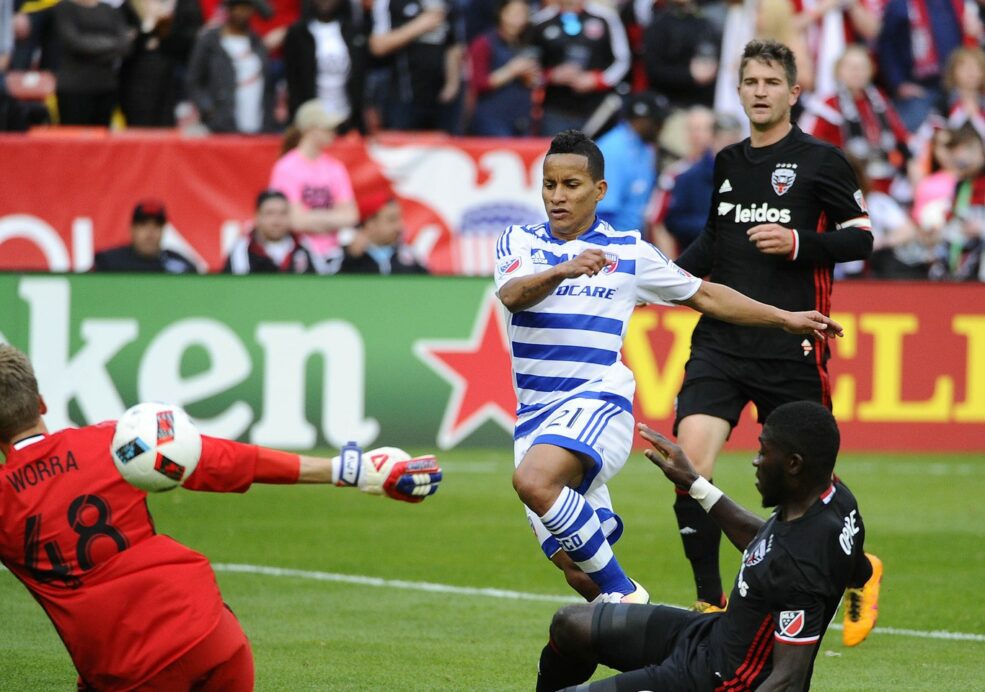 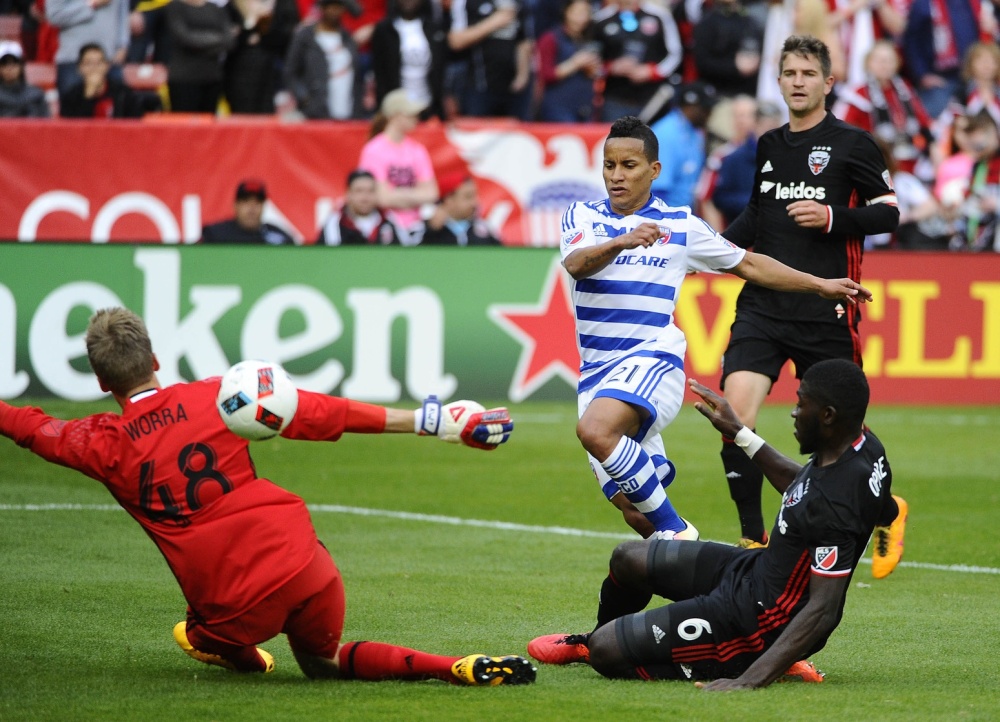 While D.C. United remained without a win in 2016, FC Dallas’ high-flying attack continued to shine on Saturday.

FC Dallas dominated D.C. United at RFK Stadium en route to a 3-0 win in the nation’s capital. Defensive woes were evident in the loss for D.C. United, as Michael Barrios scored a brace and Maximiliano Urruti added a second-half goal.

In the 14th minute, Barrios curled a shot from approximately 25 yards past D.C. United goalkeeper Travis Worra. The chance came after DCU defenders Taylor Kemp and Kofi Opare failed to clear the ball. As Kemp fell, Barrios took possession and a couple touches before scoring.

Barrios scored with a shot from the outside of his right foot in the 28th minute. When Mauro Diaz pushed a pass in front of him, Barrios beat a D.C. United defender to the ball and finished before Worra was able to dive.

Offseason addition Urruti finished the rout with a goal in the 52nd minute. Kemp trailed Urruti to a cross into the 18-yard box, but couldn’t keep up with Urruti once the ball was received. Urruti finished into the bottom right corner to make it 3-0.

With the win, FC Dallas improves to second in the Western Conference through four games played.

With two goals, Michael Barrios stood out in this match. His capitalization on D.C. United’s disorganized defense created the early lead as FCD was able to pull through for the shutout. Mauro Diaz dealt in the midfield this match, recording two assists.

The 14th minute set the tone for D.C. United. This was when Barrios scored his first goal of the game after a moment of miscommunication between Opare and Kemp. Overall, D.C. United struggled defensively against one of the best offensive teams in the league.