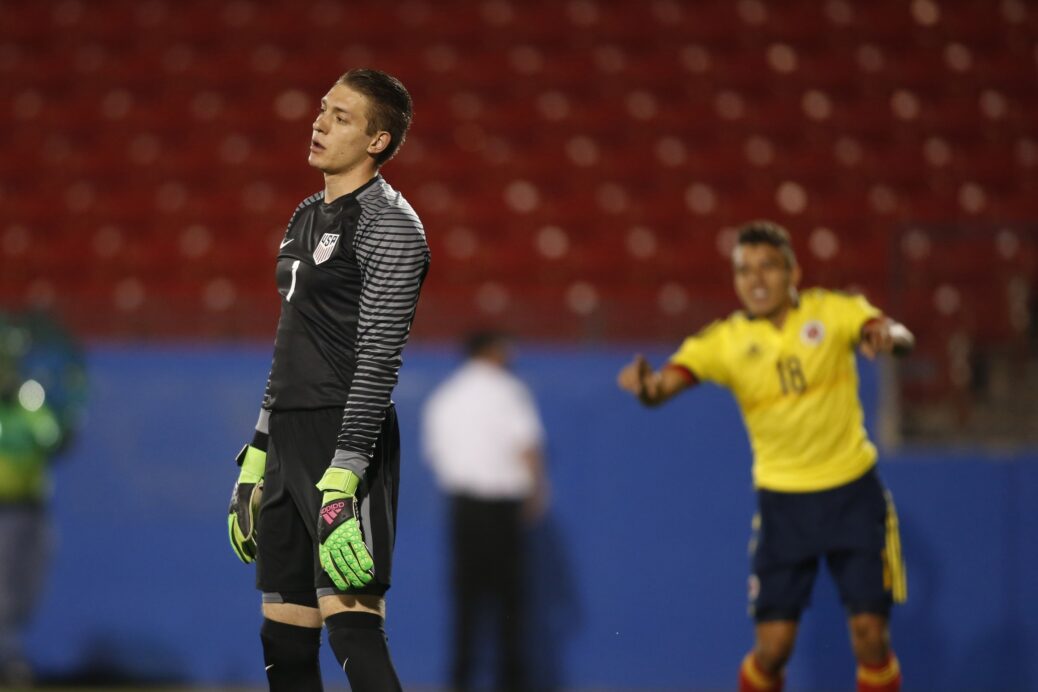 Handed a chance at redemption and an opportunity to seal passage to the 2016 Olympic games, the U.S. Under-23 Men’s National Team was unable to get the job done.

After sealing a 1-1 draw in the away leg, the U.S. was rebuffed on home turf to the tune of a 2-1 loss to Colombia. The loss ended the program’s Olympic dreams for a second straight cycle as the U.S. once again misses out on the premier international youth tournament.

Truth be told, Tuesday’s loss wasn’t the one that doomed the U.S., as the loss to Honduras was arguably the true squandering of a chance at an Olympic berth. Yet, given a chance to right its wrongs, the U.S. was undone by a superior team that controlled the game in more ways than one.

Here are some of SBI’s takeaways from the U.S. U-23s defeat:

It wasn’t a surprise to see the U.S. struggle for possession. What was a surprise was that the concept of possession hardly existed at any time whatsoever.

Facing off with a talented Colombia team, the U.S. was always going to have to defend. Like many South American sides, Colombia was quick and decisive on the ball, leaving the U.S. on the back foot throughout. The U.S. was left with nothing to do but hoof it out and reorganize the defense, as the idea of playing with the ball on their feet rapidly faded from memory.

Much of the team’s issues stemmed in the midfield, an area where the U.S. had little to no presence throughout the two games. Colombian players continuously bypassed their midfield markers, leaving defenders like Tim Parker and Matt Miazga to mop up the mess. On the attacking end, the U.S. had no sort of composure with defenders in its faces, leading to several bad turnovers and errant passes.

Would the presence of age-eligible players like Christian Pulisic, DeAndre Yedlin, John Brooks and Rubio Rubin have helped the U.S.? Absolutely. All four have proven to be quality players and would have added a bit of experience and flair to this U-23 team. However, Colombia was also playing without several eligible starlets, while the four U.S. players listed would have done little to help the U.S. keep the ball in the center of the field.

It was certainly an atypical showing from a solid group of players, but Tuesday’s efforts showed that the youth teams of the U.S. are still far from the possession-based juggernaut that has been touted as the ideal throughout the past several years.

LACK OF COMPOSURE A CONCERN

In 2012, it was a lack of tactical discipline that ultimately kept the U.S. out of the Olympics. Tuesday’s efforts were not completely undone by another lack of composure, but the team’s inability to keep a level head reared its ugly head yet again.

Facing constant pressure from Colombia, the U.S. wilted in several stages before lashing out in pure frustration. Tim Parker’s stomp in the corner went unnoticed, but the U.S. was punished with a pair of red cards to Luis Gil and Matt Miazga in the game’s waning moments.

Was Gil’s red card dubious at best? Yes. Did Miazga’s come long after the game had been decided? Certainly. But the two dismissals served merely as figureheads for a match that saw Colombia dominate the mental game. Using both its superior possession and time-wasting tactics, Colombia took the U.S. out of its game from the get-go, and used that mental edge to dominate throughout.

For the U.S., it was another case of a lack of maturity in the face of adversity, even if it appeared in a much different fashion this time around.

Throughout the 180 minutes, few of the American prospects that took the field took a step forward. One of the players that did, though, was one of the least experienced players on the roster.

Centerback Tim Parker was the most consistent U.S. player on the field throughout the two-game series. Repeatedly tested time and time again by wave after wave of Colombian attacks, Parker was consistently making the plays necessary to prevent a goal and keep the U.S. alive despite every inclination that it shouldn’t be. Parker’s contributions were his first since 2011, and his return to the national team program was one that certainly boosted his stock even with his role on Colombia’s final goal.

One other player that certainly held his own was Ethan Horvath, who bounced back admirably from a scary collision in the opening game. The Molde goalkeeper was confident and quick on his feet in the second leg, making one finger-tip save early on to prevent what could have been an early Colombia onslaught.

Aside from Parker and Horvath, the rest of the team’s stocks, at best, stagnated or, at worst, dropped significantly. Few players put forth positive performances as the U.S. found themselves on their heels from the opening minutes of each contest. Overall, few on the U.S. roster did themselves many favors in a series of games that could have served as a major boost towards the senior team.

Some of the most highly-regarded players in U.S. Men’s National Team history have emerged from Olympic teams, with players like Landon Donovan and Tim Howard earning early experience in the Olympic games. The 2016 squad will have no such chance.

For four more years, the U.S. will be without Olympic soccer, as the team has now missed out on the summer games in three of the past four cycles. With it, the U.S. misses another chance to test itself in one of the world’s premier international competitions against some of soccer’s most renowned programs.

Tuesday’s loss instantly brings to mind the so-called “lost generation” of 2012, a unit that, to this point, has yet to truly reach its potential. From that roster, just one, Mix Diskerud, was called in for the U.S. Men’s National Team’s two-game set against Guatemala.

There’s no saying how much an appearance in the Olympic games would help a player still just several years into their professional career. However, it’s easy to say that it wouldn’t have hurt, and the U.S. will have to wait another four years for a chance to find out.

Aside from last year’s Under-20 World Cup team, the youth programs of U.S. Soccer just haven’t lived up to expectations.

Last year, the U.S. Under-17s floundered out with just one point in the Under-17 World Cup. For two straight cycles, the Olympic team has failed in its mission, while the 2013 U-20 team bombed out of the group stages of that World Cup with a -6 goal differential.

When looking at the USMNT’s starting lineup against Guatemala, just four players on the field were under the age of 25. One, Steve Birnbaum, had not represented a youth national team since 2009, while another, Gyasi Zardes, had never suited up for a youth team at all.

The current U.S. youth programs just haven’t done a good enough job to churn out real senior team talent. Players like Clint Dempsey and Michael Bradley still carry the load, while the players that comprised the U-23 team looked far from ready to crack a USMNT roster, let alone lineup, any time soon.

As things progress, players will continue to be identified as the next big thing. Hype surrounding players like Pulisic and Gedion Zelalem will continue to swirl as everyone looks for the next savior. The thing is, until those prospects start to actually contribute on the international level, the U.S. will be lagging sorely behind the rest of its competitors in the pursuit of developing legitimate talent.