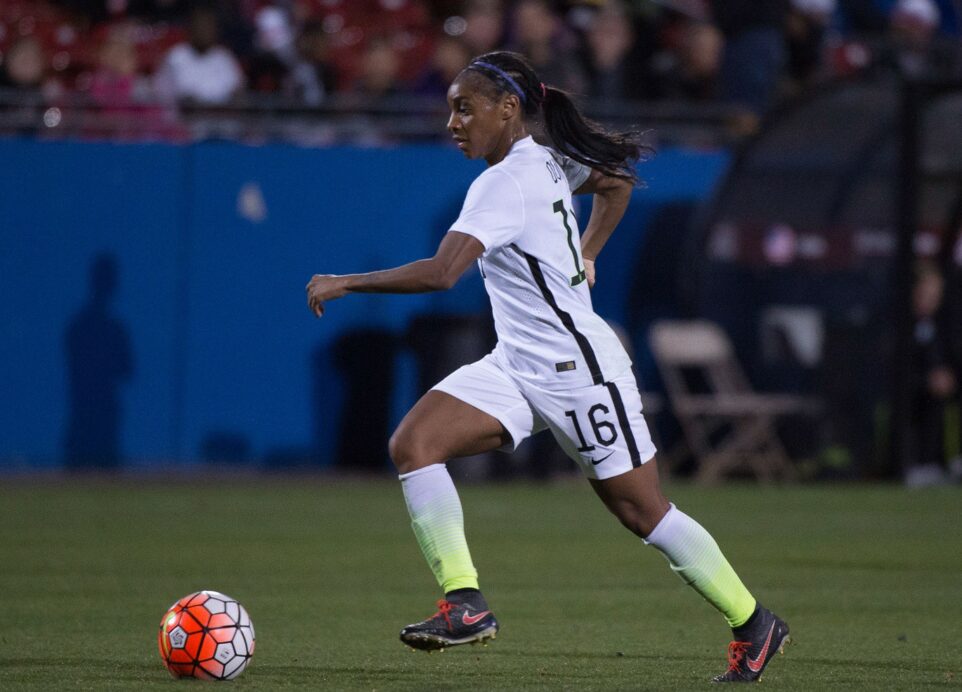 A sensational second-half strike helped the U.S. Women’s National Team take down England in the SheBelieves Cup on Thursday.

Unlike their time in the CONCACAF Olympic qualifying tournament, the Americans struggled to break down their opponent at Raymond James Stadium in Tampa, Fla. However, substitute Crystal Dunn finally broke down the barrier, wriggling into the penalty box from the left wing before firing in the only goal of the game to hand the U.S. the 1-0 win.

The U.S. will now head to in Nashville, Tenn., to meet France, which suffered a 1-0 defeat to Germany in its first game of the competition, on Sunday (3 p.m., ESPN3). The USWNT will then end the tournament with a game vs. Germany at FAU Stadium in Boca Raton, Fla. (7:30 p.m., ESPN3).

Dunn’s decider came in the 72nd minute of the contest, but it was England that first had a great opportunity to score in the second half. Toni Duggan received a pass Jodie Taylor, but the former blaster her shot straight at U.S. goalkeeper Hope Solo.

England will play Germany on Sunday and France next Wednesday.

What do you think of the USWNT’s performance? What are you expecting from the Americans in the SheBelieves Cup?