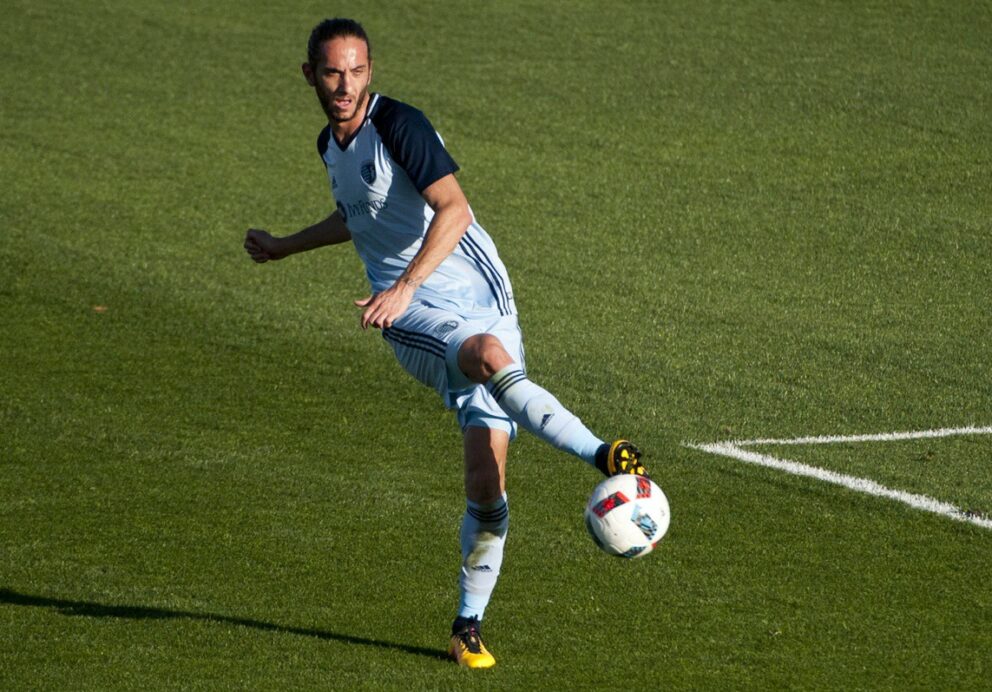 Though Sporting Kansas City’s squad, and especially its back line, features a returning class of players that have been with the club for quite some time, the team might make one key change in 2016.

Kansas City’s captain and centerback Matt Besler may have a new partner on the back line with the addition of Portuguese centerback Nuno Andre Coelho.

For Besler, the partnership may mean making some adjustments. Coelho, Sporting KC coach Peter Vermes said, is more of a distributing centerback who shares some of the skill set of Besler.

In the past, Besler has played for Sporting KC alongside physical presences like Aurelien Collin, who was traded last offseason to Orlando City SC, and Ike Opara, who is still with the club and will compete with Coelho for the spot.

The absence of the overbearing type of physical presence at the back — something the team got used to over the last few seasons, Vermes said — won’t be a problem for the 2016 team.

The 29-year-old Besler said he has plenty of experience playing with different types of centerbacks. The partnerships he has created with several players on the U.S. Men’s National Team, he pointed out, prepares him for the slight change with Sporting KC.

“I just look at (Coelho) as another player that I get to play with and partner with,” Besler said. “And we’re doing our best to get a good understanding with each other.”

For Opara, time on the field is a precious thing. However, he doesn’t perceive a battle between him and Coehlo for the starting spot alongside Besler.

In 2015, Opara was an early standout before suffering an injury against Real Salt Lake on April 11. That injury kept him out of the remainder of the season. Although the past two seasons suggest he is somewhat injury-prone, Opara said he is keeping the same mentality this season: to go all out in the playing time he has as opposed to shying away from contact to avoid injury.

The primary selection of centerbacks for Kansas City includes Besler, Coelho and Opara, while depth players include 24-year-old homegrown Kevin Ellis and versatile Kenyan international Lawrence Olum. Sporting KC will depend on some depth this season with the CONCACAF Champions League added to the schedule.

Coelho said he welcomes the opportunity to compete with Opara. Since joining Sporting KC, he has been pleased with his experience and is eager to play.

“(On the field,) I get in very good positions. I can bring something to the team.”