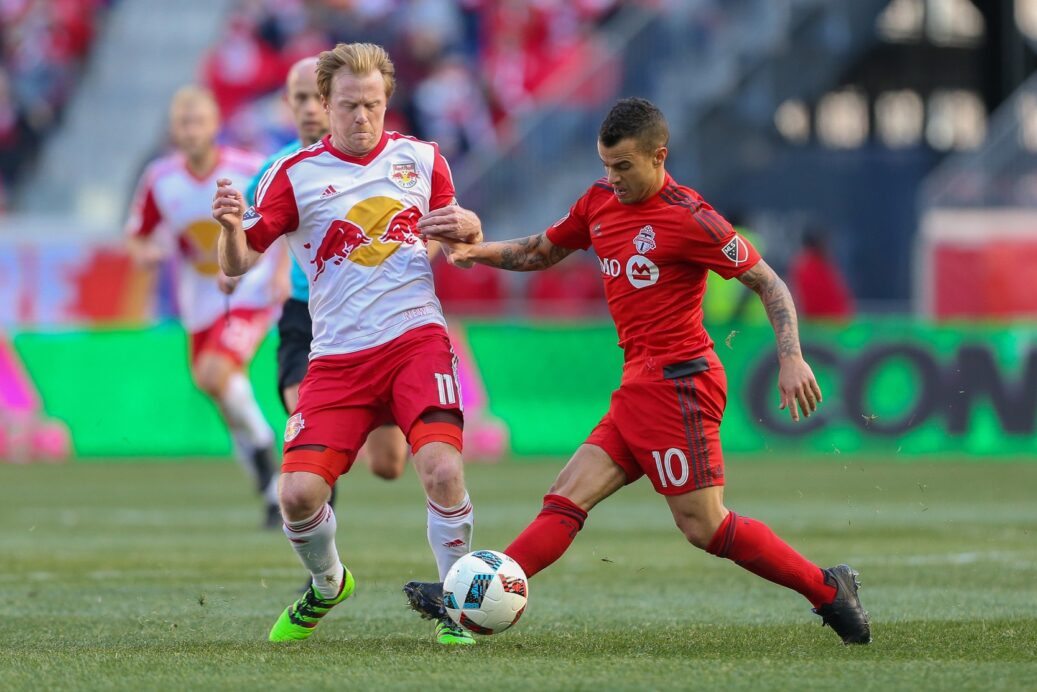 Earning points on the road is no easy task in MLS, but Toronto FC made it look fairly easy in its 2016 opener on Sunday.

The Canadian club turned in a strong defensive performance and produced two second-half goals to earn an impressive three points vs. the New York Red Bulls at Red Bull Arena. The 2-0 win earned TFC honors as SBI MLS Team of the Week.

The Red Bulls, who posted a 12-3-2 record at home last season, controlled a majority of the possession but had a difficult time containing the TFC counter attack led by reigning MLS MVP Sebastian Giovinco. The Italian striker scored from the penalty spot in the 82nd minute before Marky Delgado netted the dagger in second-half stoppage time to ensure the victory.

The offseason additions of Drew Moor and Steven Beitashour were noticeable and productive on Sunday, as they helped TFC’s defense frustrate a Red Bulls side that held 63 percent of the ball for the 90 minutes played.

TFC beat out the Portland Timbers, Montreal Impact and Sporting Kansas City for this week’s honors.

What do you think of TFC’s performance? Which team stood out the most to you on Sunday?