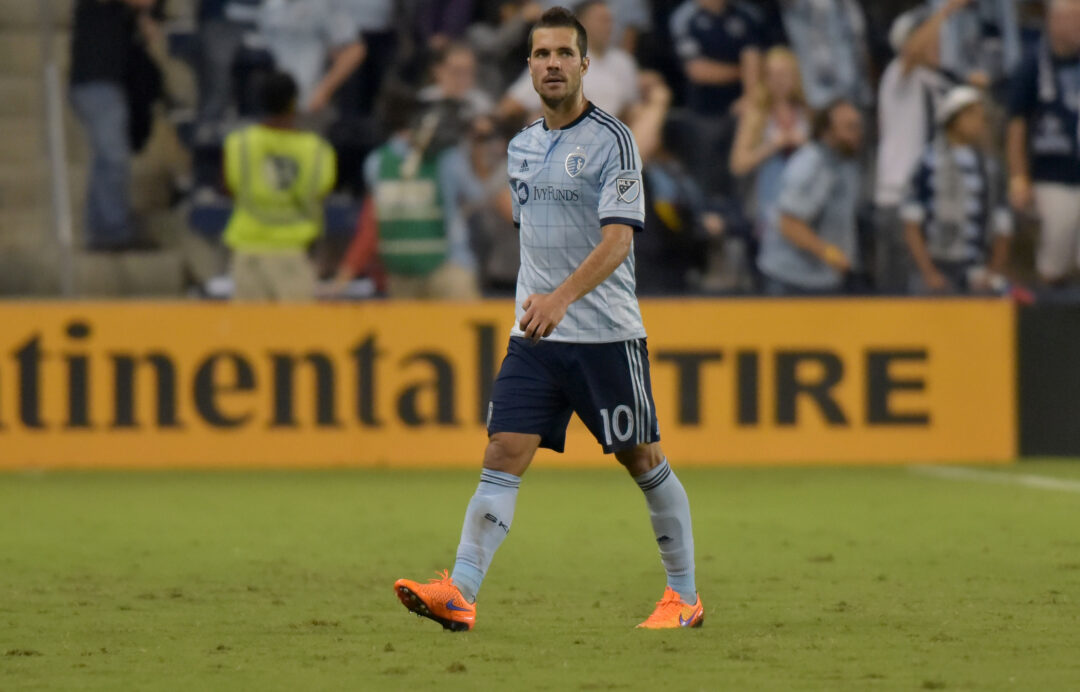 After spending the first three weeks of the season out with a right abdominal strain, Benny Feilhaber will be ready to return to the lineup for this weekend’s match against Real Salt Lake.

Sporting KC coach Peter Vermes said the addition of Feilhaber will certainly help the team on Saturday, but what you see on the field won’t change much.

“No matter who goes in, everybody has a very good understanding of what their role and responsibility is within their role in the system,” Vermes said. “So it then becomes what you have as a player. Benny’s a little bit more on the creative side, he can open teams up a little bit. I expect us to have a very similar way of playing.”

Peter Vermes said Feilhaber is ready to go on Saturday but not 90 minutes fit. With the team possibly missing some key players like Graham Zusi, Roger Espinoza and Soni Mustivar after international duty, Feilhaber’s return has great timing.

BESLER OUT AFTER SUFFERING CONCUSSION WITH USMNT

Matt Besler has returned to Kansas City after suffering a concussion with the U.S. Men’s National Team. In place of Besler, Graham Zusi was brought into the USMNT and scored the second goal in the team’s 4-0 victory over Guatemala Tuesday night in Columbus, Ohio.

“I know the professionalism of those guys so its easy to call on them and know that you’re going to get the most from them,” Vermes said of Zusi’s quick impact since joining the national team. “There’s a reason why they are where they’re at: it’s because they’re pros. They take care of themselves.”

Besler is set to miss out due to the concussion, as Sporting KC will be without its starting centerback.

At practice Wednesday, Mustivar, Zusi or Espinoza had not returned from international duty. Vermes said the team will evaluate their availability once they arrive in Kansas City.

Sporting KC isn’t the only team missing players for a few different reasons. With Kyle Beckerman playing in Tuesday night’s USMNT match, the team will be without their star defensive midfielder due to suspension.

Injuries have started to pile up on RSL’s side as well. Midfielder Javier Morales is listed as doubtful while forwards Olmes Garcia and Juan Manuel ‘Burrito’ Martinez are also battling injuries, as reported by the Salt Lake Tribune. To red card suspension, Real Salt Lake will be without starting center back Jamison Olave.

Even with RSL missing some key players, Sporting KC isn’t licking its chops ahead of the match.

“Look at us, we’re the same way. That’s our league, that’s the league anywhere around the world,” Vermes said. “Guys are going to be healthy, they’re going to be out, sometimes there’s going to be red card [suspensions.] Our league has too much parity to ever think that any opponent you come up against is going to be an easy opportunity.”

Homegrown signing Daniel Salloi enjoyed a good preseason with Sporting KC in which he scored a goal in a preseason match against the Houston Dynamo. Last Saturday night, Salloi entered the match for Sporting’s new USL affiliate Swope Park Rangers in the second half. He scored to make it 2-0, his first professional goal in Kansas City.

To Vermes, the goal from the young player and the game as a whole was the realization of a vision that took a long time to become reality.

“For Daniel to come in is tremendous,” Vermes said. “It’s great for our organization, it’s great for this vision that we’ve had for ten years. They’ve taken on the pride of the SKC culture. It’s not just the success in the game, it’s more the way they played. It provides me with a great vision of how those guys are going to develop.”