U.S. U-23s miss out on Olympics with loss to Colombia 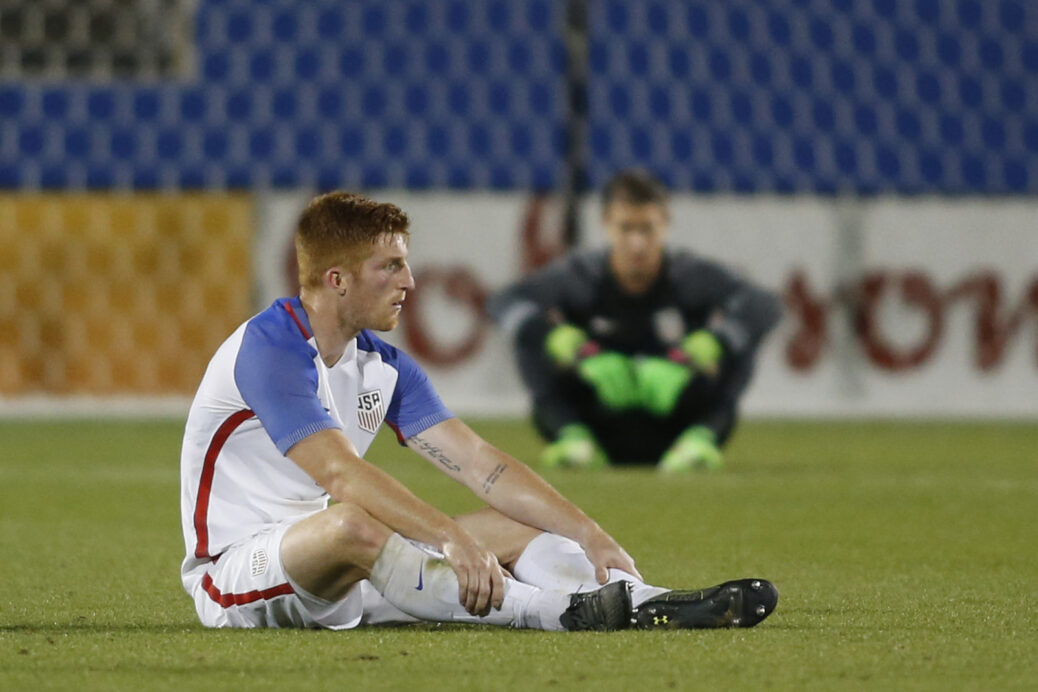 For the second straight cycle, the U.S Under-23 Men’s National Team will not be heading to the Olympics.

After missing out on the 2012 tournament, the 2016 U.S. team forced to the same fate on Tuesday via a 2-1 loss to Colombia in Frisco, Texas. Following a 1-1 draw in Baranquillo, Colombia, the U.S. was undone by a Roger Martinez double. Adding insult to injury was that the Americans finished the match with nine men.

After maintaining a majority of possession through the opening half hour, Colombia finally found their breakthrough through Martinez. Following some chaos in the box caused by a mishit clearance, the ball fell to Colombia’s Andrés Felipe Roa at the top of the box. Roa’s shot was going well wide, but Martinez was waiting at the back post to slide in and poke the ball home for a crucial away goal.

Just moments after the U.S. found an own goal equalizer, Colombia reestablished their lead in the 65th minute with Martinez proving the danger man once again. On a cross in from the left side, Martinez’s touch down fooled Tim Parker, giving the Colombia forward plenty of space to fire home to give the visitors a major advantage.

Colombia likely deserved to have netted one earlier, but was undone by a spectacular save by Ethan Horvath. The Molde goalkeeper, who was forced out of the opening leg due to injury, made a phenomenal fingertip save in the 15th minute to keep the Americans in it. Another brave clearance soon followed, as Horvath did everything in his power to keep the U.S. alive early.

Horvath’s efforts appeared to pay dividends, as Colombia’s first goal was matched by the U.S in the 57th minute via a self-inflicted mistake. On a long ball over the top from Emerson Hyndman, Colombia defender Deiver Machado’s header went over the head of Cristian Bonilla and into the net for an own goal to push the scoreline to one apiece.

The U.S. never got much of a chance to push for the winner, as first leg goalscorer Luis Gil and centerback Matt Miazga were sent off in the game’s waning moments. Martinez’s finished all but sealed Colombia’s passage to this summer’s Olympic games in Rio, while the U.S. will have to settle for a second straight cycle without an appearance in the tournament.

What did you think of the U.S. performance? Did any American players stand out over the two matches?