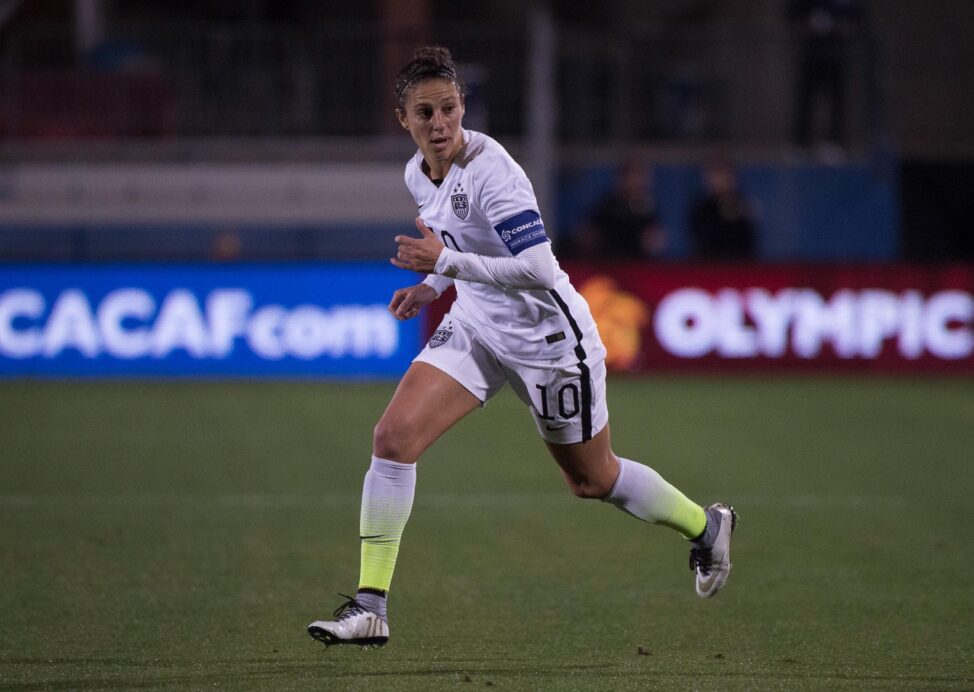 U.S. Women’s National Team supporters are holding their collective breath this Saturday after Carli Lloyd went down with an apparent right knee injury in the Orlando Pride’s home opener against the Houston Dash.

The FIFA Women’s World Player of the Year was forced out of the Pride’s first home game of the NWSL season with a knee injury, and she is reportedly scheduled to have an MRI on her knee on Sunday.

Lloyd suffered the injury in the fourth minute of Saturday’s 3-1 win for the Pride after lifting her leg up to block an Orlando Pride clearance and hitting the ground in pain after the ball was struck into her leg. The 33-year-old attempted to play through the pain, but she was subbed off approximately 10 minutes later.

The USWNT is set to compete at the Olympics Games in Rio de Janeiro, and Lloyd is expected to take part in the team’s run at another goal medal. The women’s competition runs from Aug. 3-19.

Here is Lloyd’s injury and response:

For those who missed it, video of Carli Lloyd’s injury: pic.twitter.com/JCpEen6pId