Revolution earn first win of 2016 vs. Red Bulls despite controversy 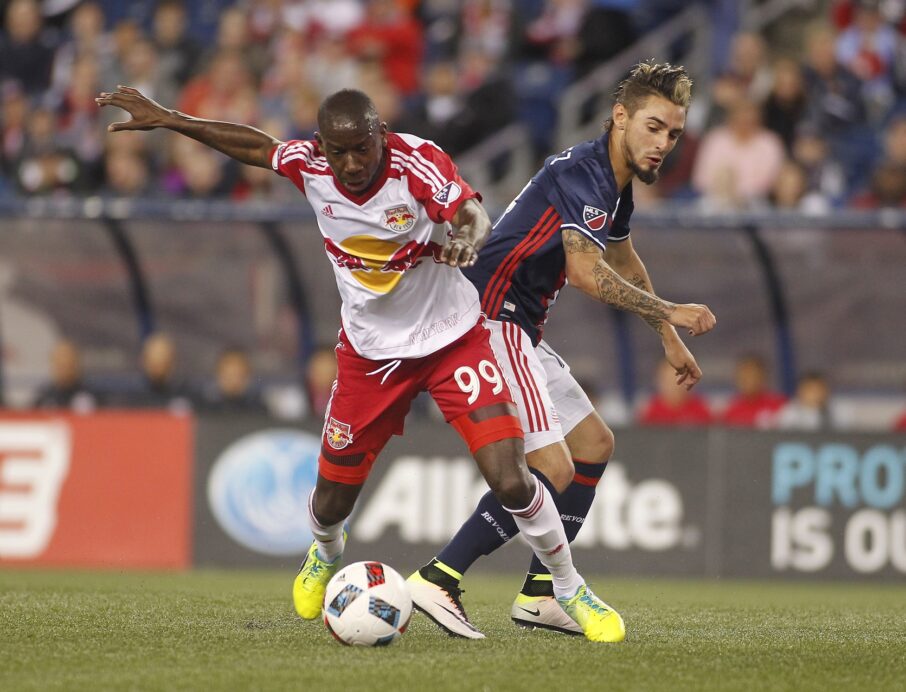 FOXBOROUGH, Mass. – After getting off to a quick start to the last two seasons, the New England Revolution were still searching for their first win entering the fifth match of the season at home on Friday against the rival New York Red Bulls.

The Revs have struggled to score this season, but they only needed one goal to hold off the 10-man Red Bulls, getting a 55th minute tally from Diego Fagundez to send New England to a 1-0 win in front of a sparse crowd at Gillette Stadium.

The decisive sequence wasn’t without controversy though, as the Revolution played on during an injury to Red Bulls defender Kemar Lawrence.

Scott Caldwell played a ball over the top to Juan Agudelo, who was kept onside by the injured Lawrence. Agudelo then centered to Fagundez for a tap in.

The Revolution’s offense was quiet up until the 52nd minute, when Teal Bunbury got down to head a left wing cross from Kelyn Rowe on target, forcing Red Bulls goalie Luis Robles (4 saves) into a diving save at the right post.

Bradley Wright-Phillips (6 shots) threatened to score out front with 10 minutes to play, but Bobby Shuttleworth — who sustained a cut over his right eye early in the game — was there to preserve the Revolution lead.

Both squads return to action with home games next Saturday. New England will host Toronto FC at 4 p.m. and New York will welcome in Sporting Kansas City for a 7 p.m. match at Red Bull Arena.

Diego Fagundez continued his hot start to the season, now leading the team outright in goals and assists with his second half winner. The goal didn’t require a ton of skill on Fagundez’s part, but he’s one of the only Revs players this season consistently in good positions on offense.

There was only one goal, but there was a lot that went into the play. Did New England take advantage of Kemar Lawrence’s injury — which did not appear to be caused by a Revs player — or was it fair game? It’s hard to know how aware the Revs were about the extent of Lawrence’s injury as it happened, they only had eyes for the goal at that point.

After scoring the final two goals to rally the Red Bulls to their first win of the season in their last game, Felipe might have doomed New York to a loss with his 61st minute red card against the Revolution. It was a harsh decision by referee Mark Geiger, but after giving up a goal and losing Kemar Lawrence to injury in the preceding minutes, Felipe’s studs-up tackle on Kelyn Rowe made it that much harder for the Red Bulls to come back.