The SBI View: Brek Shea can be answer for USMNT at left back 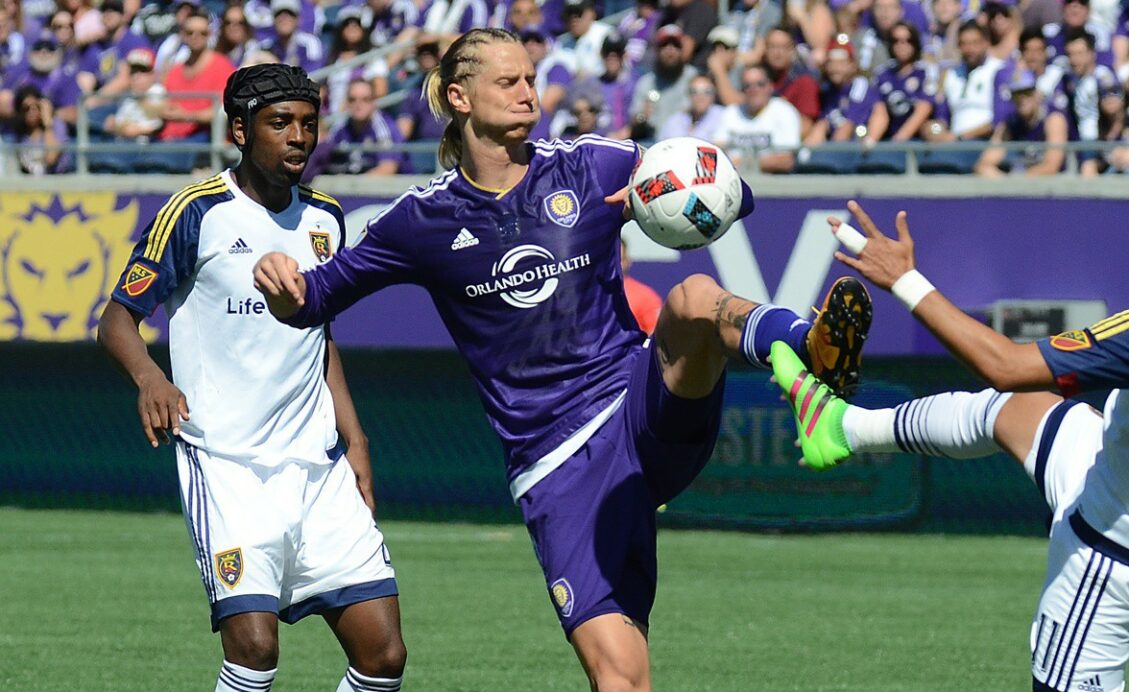 Brek Shea has been a fringe player for the U.S. Men’s National Team for quite some time due to form and fitness, but his play in the 2016 MLS season thus far makes him a serious candidate to feature for the U.S. at this summer’s Copa America Centenario.

The tournament is still months away, so it is too early to say Shea is fully deserving of a spot on head coach Jurgen Klinsmann’s roster. However, he has shown with Orlando City SC so far this season that he has developed into a capable left back.

Take Sunday’s 4-1 win against 2015 MLS Cup champions Portland Timbers as an example. Shea’s attacking talents were on full display. The 26-year-old is always going to be a player who wants to combine up the field and be a part of his team’s attack, and on Sunday, he did just that and scored the SBI MLS Goal of the Week.

“He’s a big part of whatever we do at this club. I think Brek Shea’s best years are ahead of him,” Orlando City head coach Adrian Heath told SBI ahead of the 2016 season.

“If he has an injury-free campaign, which is what we’re all hopeful for, then I don’t see any reason why Brek can’t get better and better and get himself back to where he’s an integral part of the U.S. national team.”

There are still concerns over whether or not Shea is the best answer at left back for the USMNT. Some critics may say his attacking presence is a major bonus, but he is not the best defender. Shea will find himself further up the field throughout most of the game, if he starts at left back, which will undoubtedly leave room in behind for opposing sides to take advantage of the open space. For example, the Timbers almost scored their first goal at the Citrus Bowl on Sunday because Shea was not back to help his back line (1:45 below).

Shea has shown signs of improvement at defending from the position, though, evident in his performance against New York City FC on March 5. Making three tackles and winning one aerial battle, Shea helped Orlando City record their first and only shutout of the season.

If Shea continues to improve and stay in form ahead of the Copa America, it would be hard for Klinsmann to pass on him like he did for the two World Cup qualifiers in March.

Klinsmann has recently been discussing the dilemma of where to play Fabian Johnson, who has excelled as a midfielder for Borussia Monchengladbach in the German Bundesliga this season. Yet, Johnson can be considered to be the USMNT’s best choice at left back too. Having Johnson further up field, where he poses more of a threat, should be a priority for Klinsmann this summer. The U.S. needs to be able to generate chances from the run of play, and Johnson has proven during this campaign with his club that he is capable of creating and finishing.

Having a player like Shea playing at left back — behind Johnson — could prove to work wonders for the U.S. moving forward down the left wing. Even against teams that will likely control more of the possession, like Colombia, Argentina and Brazil, the U.S. left wing can be a dangerous counter-attacking side with both Shea and Johnson flying forward.

Time will tell if Shea can continue to impress and grow at the position with Orlando City this campaign, but signs are positive after five weeks.