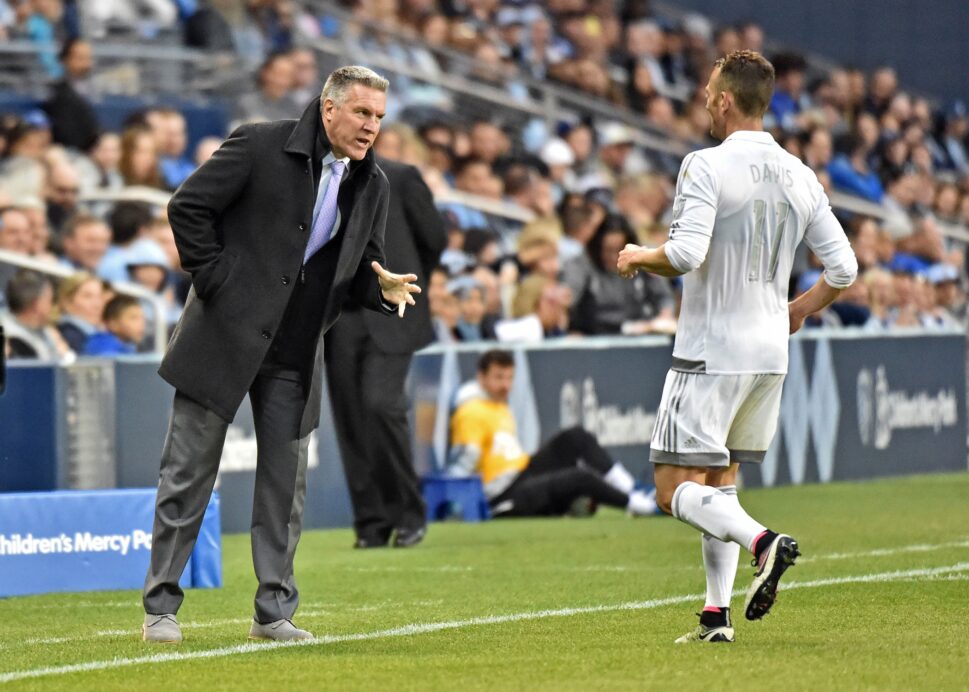 Although Sporting Kansas City took only two points from its last three matches, the team saw marked improvement over the last two performances in an ultimately disappointing 1-1 draw at home against the LA Galaxy.

With an overwhelming share of possession and a total of 17 shots to the Galaxy’s four, leaving the field without three points was a big disappointment for Sporting.

The cause of that marked improvement, which Sporting KC coach Peter Vermes pointed out post-game, was a switch from the conventional 4-3-3 the team has employed for the last four seasons. Sporting has only strayed from that formation once, in a short-handed match at the Chicago Fire, when the team lined up in a 3-5-2.

Sunday night, a lot of changes were made. A versatile young talent Jimmy Medranda had what Vermes called the best game of his Sporting KC career on the right wing, while Graham Zusi laid back on defense for most of the match.

Some huge changes in Sporting’s tactics were easy to see, but what they were can’t quite be nailed down. Sporting players were reluctant to give the change in tactics a name. It looked a bit like a 3-4-3 with center back Nuno Andre Coelho moving to the central midfield, but it could also have been called a 4-3-3 with Zusi playing right back.

The reason for the changes, goalscorer Brad Davis said, was to center play around forward Dom Dwyer. Davis said the changes were geared toward getting more players in the box for crosses.

“I thought for us to get more numbers in and around the box,” Vermes said, “we have to be able to sometimes play different than we usually do with our 4-3-3. I thought the guys executed very well with very little time spent trying to work on it.

“It’s not that big of a variation from what we normally play, but I think we adapted well. We really achieved some great moments in the game through that formation.”

Though Dwyer didn’t turn in a good performance Sunday night, it was clear which team controlled the match.

The change made its impact. Galaxy coach Bruce Arena said he was happy to get out of the match with a point. The point was even more impressive considering Galaxy left back Ashley Cole was sent off with two yellow cards within seconds of each other.

“Some days are going to look like this, but the grind up to get a point here is important,” Arena said. “We are pleased with that. I don’t think we played well today. We had a lot of issues with this game today. It’s a point. We are going home. We are not looking back.”