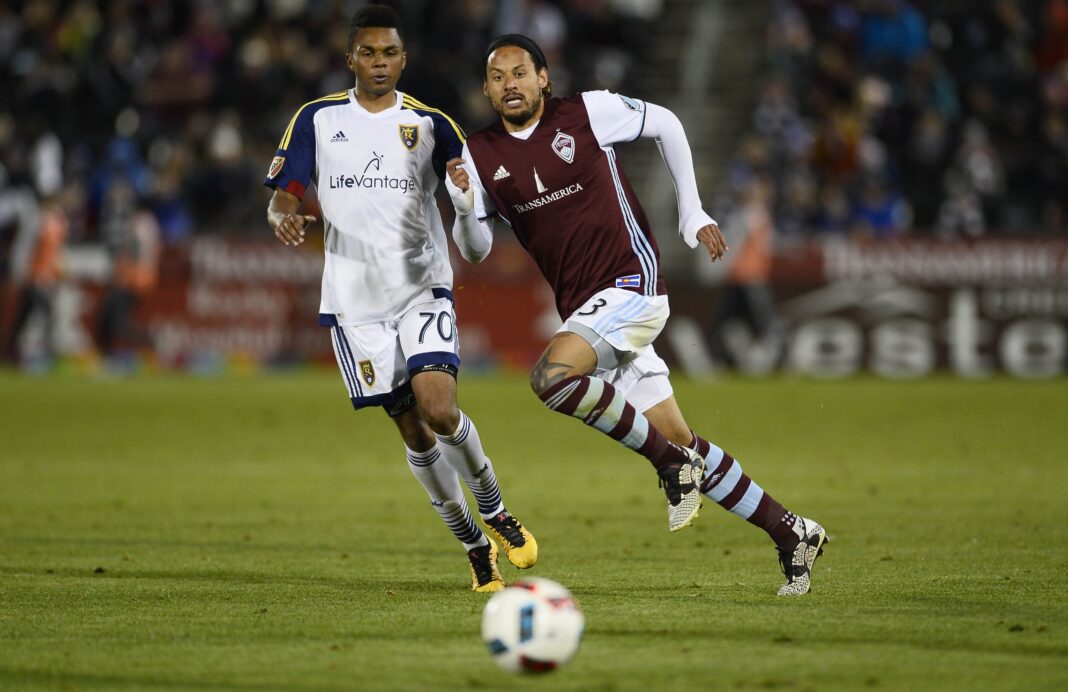 Jermaine Jones and the Colorado Rapids continued their recent hot streak with yet another win on Saturday night.

The U.S. Men’s National Team midfielder scored yet again, netting his third goal in four games, leading the Rapids to a 1-0 win over Rocky Mountain rival Real Salt Lake. The win extends the Rapids’ unbeaten run to five matches, and extends their lead atop the Western Conference standings to three points.

Jones was once again played in a more advanced role, and it once again paid dividends for his new club. The veteran midfielder netted the decisive goal in the 47th minute. Luis Solignac kickstarted the play, sending a surgical ball through the RSL defense to Kevin Doyle. The Irish forward laid a pass off to a wide-open Jones, who one-timed his shot past Nick Rimando.

Defensively, the Rapids continued their stellar play, while Zac MacMath came up big in goal to parry away a pair of second half efforts from Kyle Beckerman.

The Rapids put their unbeaten run on the line on Wednesday in a meeting with the struggling Sporting KC, while RSL visits the Columbus Crew next weekend.

Zac MacMath only had to make five saves on the evening, but the Rapids’ goalkeeper was certainly challenged several times. The stops made were far from easy, and MacMath’s play in goal kept RSL from what would have been a deserved equalizer.

Once again, Jermaine Jones proved the difference in leading his new club to victory. The Rapids are unbeaten with Jones in the lineup, and his first half finish was exactly the type of play the club was expecting when they added the veteran midfielder this winter.

Saturday’s game wasn’t Jamison Olave’s best. The hulking centerback was burned on Jones’ goal and repeatedly had issues in keeping up with the Rapids attack.