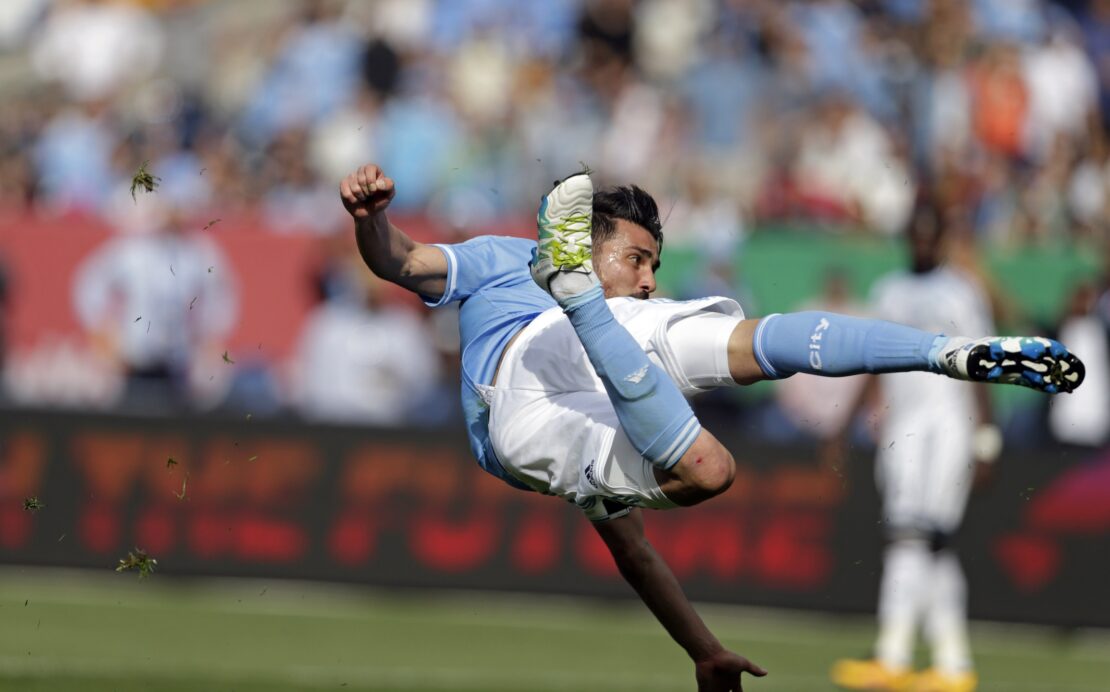 He has been the face of the franchise since its inception, and David Villa proved to be New York City FC’s star man once again on Saturday.

NYCFC saw its home winless streak finally snap against the Vancouver Whitecaps, and the Spaniard’s performance is to thank for the result. Villa scored twice to help his club earn its first win at Yankee Stadium in seven months, earning him SBI MLS Player of the Week honors.

Villa, who was confirmed as NYCFC’s first-ever signing in June 2014, has carried the goal-scoring load since the team’s debut season last year. On Saturday, he scored his fifth and sixth goals of the season to help his club claim its second win of 2016.

The 35-year-old forward’s first goal was a simple finish to the bottom-left corner, but his second was anything but simple. From a corner kick, Villa performed a scissor kick to smash in the second goal of the game for NYCFC.

Villa beat out Jordan Allen and Nick Rimando of Real Salt Lake, Jake Gleeson of the Portland Timbers and Didier Drogba of the Montreal Impact for SBI MLS Player of the Week honors.

What do you think of Villa’s performance? Who stood out the most to you in Week 9?