Sporting KC rallies in 2nd half to beat Orlando City 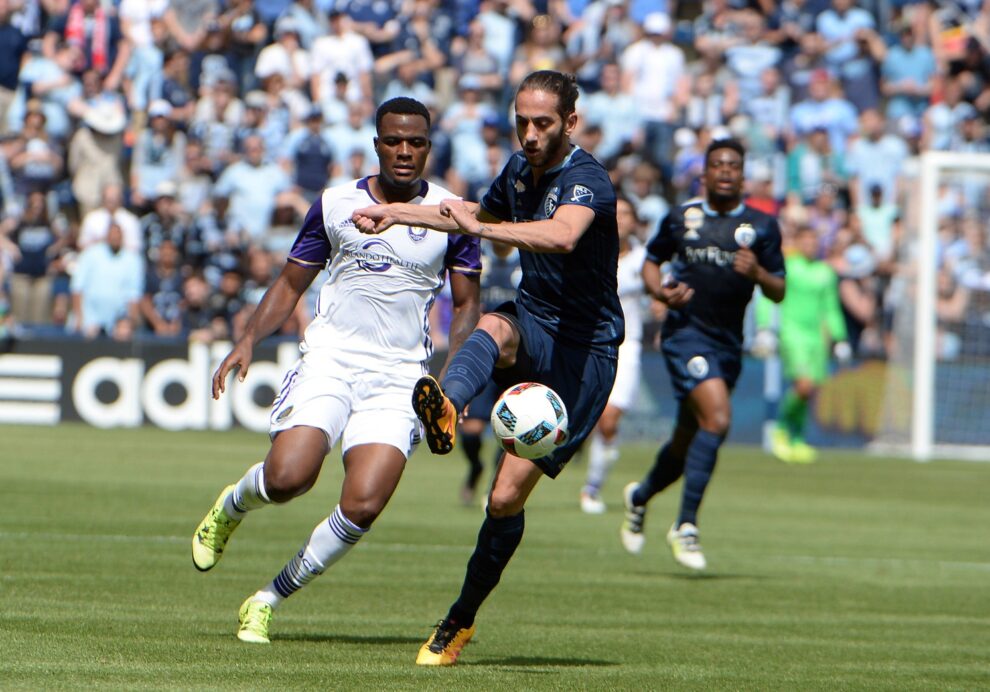 Super-sub Jacob Peterson snapped Sporting KC’s winless streak Sunday afternoon, coming on as a halftime substitute and recording a goal and an assist in Sporting KC’s 2-1 win over Orlando City. A barrage, and even a club record, of shots for Sporting was barely enough for Sporting to get the win.

Peterson’s goal in the 79th minute off a cross from Roger Espinoza won the match as Sporting KC jumps up to 17 points and is level with Real Salt Lake in the Western Conference.

Orlando lies seventh in the Eastern Conference, as the team extended their winless streak to six after this loss.

Sporting KC snapped a six-match winless streak with the victory, but it hardly looked like three points going into the final 20 minutes. Orlando City jumped into the lead after a scramble in front of goal produced an own goal to put Orlando in the lead in the 67th minute. The own goal was credited to Sporting left back Jimmy Medranda, but it was Cyle Larin who ushered the ball in from point blank.

Peterson’s first real impression on the match was an important one. Dwyer equalized off Peterson’s pinpoint cross to the back post in the 74th minute. Sporting set a club record for shots off that shot with 31.

Sporting KC will host rival Real Salt Lake next Saturday, while Orlando will return to South Florida to take on the Montreal Impact.

Subbing in at halftime for Brad Davis, forward Jacob Peterson‘s impact could not be understated in this game. Sporting KC was dominant in every part of its game except finishing, and Peterson delivered a perfect assist to Dwyer and the header that won the match.

Goals have been few and far between for Sporting KC so far this season. Jacob Peterson’s 79th minute goal finally ended a seven-match winless streak. The winning goal took 12 shots on goal to produce.

Orlando City right back Brek Shea performed well in this match, but it was only a few slight adjustments that could have made it a career day. Shea found himself in dangerous spots the entire game but failed to record any shots.