USMNT finishes fourth at Copa America after falling to Colombia 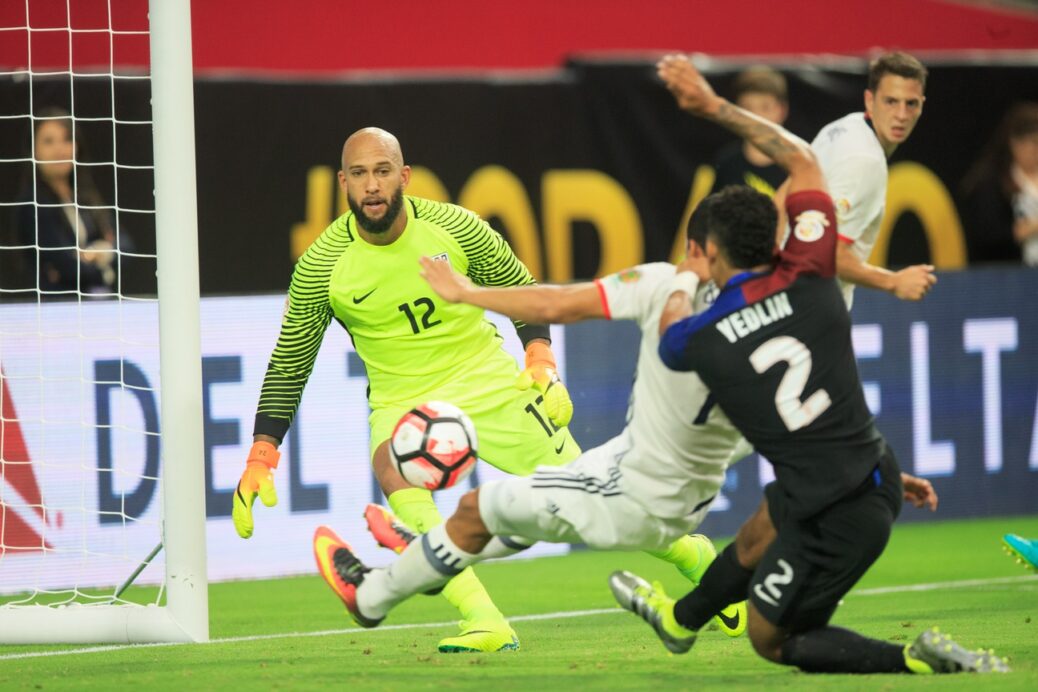 The U.S. Men’s National Team struggled to create chances in their Copa America opener against Colombia. In Saturday’s rematch, chances came in flurries, but the result remained the same.

Carlos Bacca gave the Colombians a 1-0 lead in the 31st minute, after James Rodriguez continued to create key chances for Los Cafeteros. Receiving the ball at the top of the box, Rodriguez chipped the ball over the USMNT backline and into the path of Santiago Arias, who then headed it across to Bacca for the tap-in finish.

The U.S. found their best opportunity of the first half eight minutes later, when Clint Dempsey slipped a clever pass to Bobby Wood, but the ball got caught under the forward’s legs and was ultimately cleared by Colombia.

Dempsey and the USMNT came out strong in the second half, and the Seattle Sounders forward nearly pulled the host nation level in the 51st minute. The 33-year-old curled a tremendous free kick towards the top corner, but Colombia keeper David Ospina made an equally special diving save to preserve the lead.

Moments after Juan Cuadrado nearly stunned Tim Howard with a chip from the edge of the penalty area, Wood nearly found the U.S.’ first of the evening when he struck the post with a powerful effort.

A pair of late red cards distributed to USMNT defender Michael Orozco and Colombia’s Arias stunted the late flurry of pressure from the U.S., as they conceded third place in the tournament.