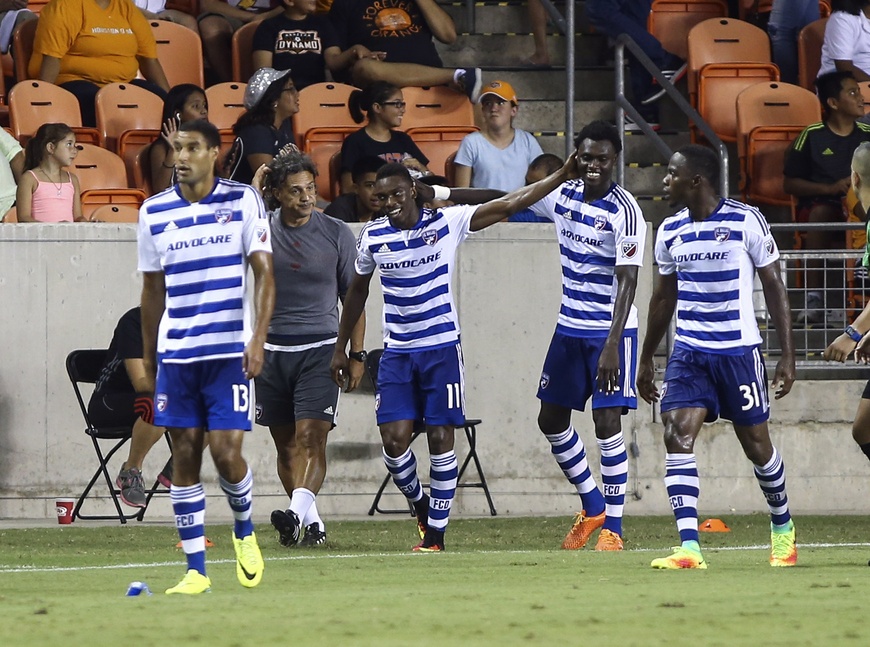 The Colombian winger scored a stoppage time winner on Wednesday, leading his team to a 1-0 win over the Houston Dynamo that clinched FC Dallas’ spot in the U.S. Open Cup semifinals.

With penalty kicks looming, FC Dallas hoofed the ball forward in an effort to create one more chance in stoppage time. The pass nearly found Tesho Akindele, but Dynamo defender Agus was able to clear as far as Castillo. The winger proceeded to punish the Dynamo defense, darting past a pair of defenders towards the end line before slotting a shot past Joe Willis on the near post, sealing a 1-0 win in an all-Texas clash.

Castillo’s mazing run proved the most efficient of chances on the evening, but it was actually the Dynamo that created more shots on the attacking end. The hosts fired 11 shots to FC Dallas’ eight, but the Western Conference powerhouse put four of their efforts on target, compared to the Dynamo’s two.

The Dynamo’s best look came in the 60th minute, as recent USOC standout Mauro Manotas drilled the cross bar, leaving the Dynamo without a goal for the third straight game.

FC Dallas returns to action on Saturday for a clash of contenders against the Colorado Rapids, while the Dynamo host the Vancouver Whitecaps that same day.

In a 1-0 game, credit will always go to the goalscorer, and Fabian Castillo scored a stoppage time winner when his team needed him most.

Cristian Maidana struggled with his delivery all night on Wednesday, squandering several set piece opportunities that could have been vital for the Dynamo.