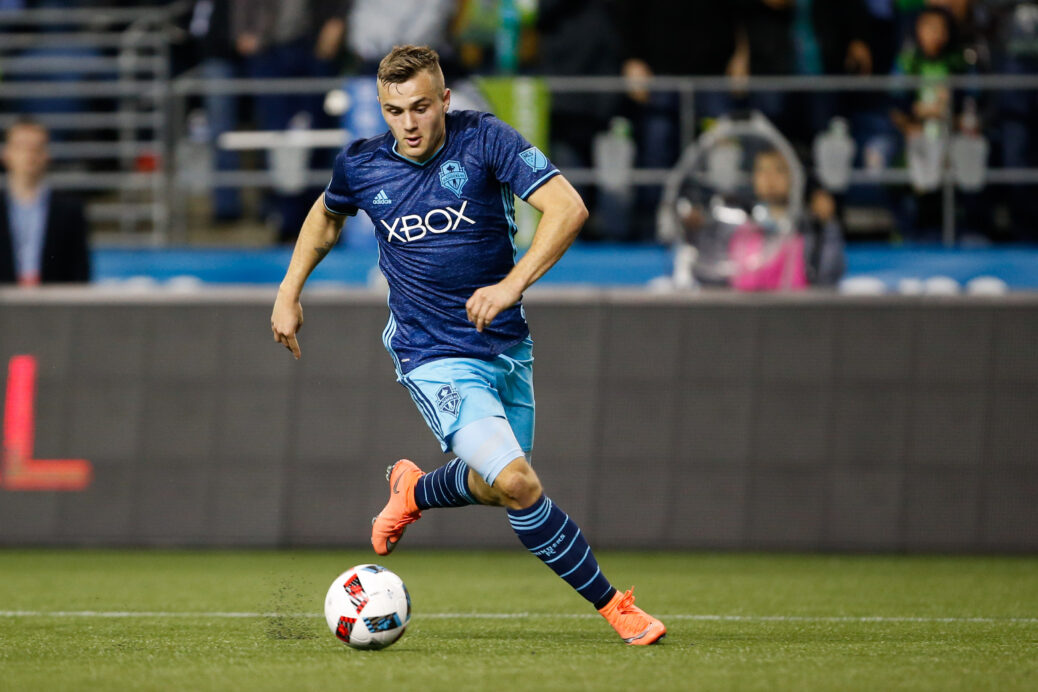 SEATTLE– The match arrived at an inopportune time and was mostly played like a glorified training kickabout, but the Seattle Sounders will take any result these days. And a result is what they got on Tuesday night, besting West Ham United of the English Premier League 3-0 in an international friendly at CenturyLink Field.

Jordan Morris, who scored his sixth goal of the MLS campaign at Toronto FC on Saturday night, came on as a second-half substitute and delivered a brace to put the match away. Herculez Gomez opened the scoring with a first-half penalty kick.

Morris put the Sounders up 2-0 in the 70th minute, beating goalkeeper Raphael Spiegel — a second-half substitute himself — off the rebound. Barely two minutes later Morris tracked down a nicely placed through ball from Joevin Jones and confidently buried a shot into the upper right corner.

A largely second-string Seattle lineup saw the better of the match in the first half, peppering West Ham’s goal from both quick buildups and long balls releasing attackers behind the back line. Time and again, though, Seattle was called offside or failed to challenge Spanish goalkeeper Adrian.

Gomez finally opened the scoring from the penalty spot in the 42nd minute. Referee Chipalo Street awarded the penalty after Adrian collided with Gomez just outside the 6-yard box. Aaron Kovar initially delivered a smart pass that found Gomez hustling diagonally through the penalty area. It was Gomez’s first goal in a Seattle uniform since joining the club this spring.

West Ham was also without many key players, including Dimitri Payet — currently anchoring France at Euro 2016.

After losing five of six in MLS, the Sounders have mustered something vaguely resembling a rebound in the last week, defeating Real Salt Lake midweek in the U.S. Open Cup, earning a valuable road point against Toronto in league play over the weekend, and topping the Hammers on Tuesday.

Time will tell if that three-game stretch translates into consistently strong performances in MLS.

Seattle’s lineup paled in comparison to those deployed for many past international friendlies. The 18-man group featured two players called up from the club’s USL side as well as defender Jimmy Ockford, recalled from the NASL’s New York Cosmos for the night.