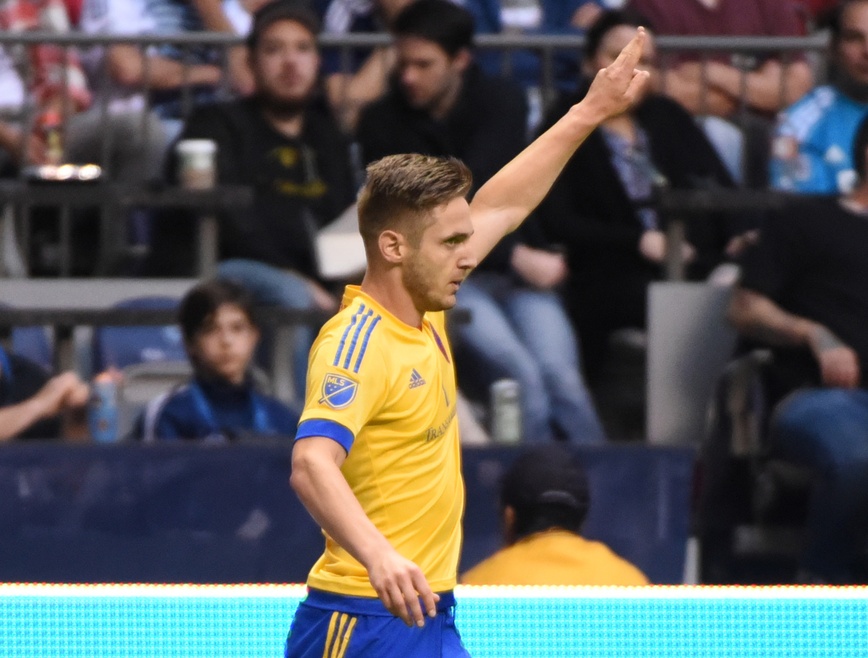 Meanwhile, the Colorado Rapids earned an impressive result of their own thanks to a late stoppage time equalizer on the road.

Here is a look at the week’s best in MLS for Week 18, as chosen by SBI staff:

The Colorado Rapids appeared to be down and out against the Vancouver Whitecaps on Saturday night, but Kevin Doyle‘s late assist helped the Rapids preserve a draw and extend the team’s unbeaten streak to 13. Doyle had pulled the Rapids level earlier in the match, scoring his fourth goal of the season.

Sporting KC ended NYCFC’s four-game winning streak on Sunday, winning 3-1 at home behind a strong performance from Feilhaber.  The Philadelphia Union also looked impressive in their 3-0 win against D.C. United, while the LA Galaxy turned in a strong showing against the Seattle Sounders.

FC Dallas forward Maxi Urruti was the clear winner with his fantastic bicycle-kick winner against the San Jose Earthquakes.

What did you think of this week’s selections? Which player impressed you the most this week? Which rookie do you think had the best week 18?