The Best of MLS Week 19: Diego Valeri, NYCFC and more 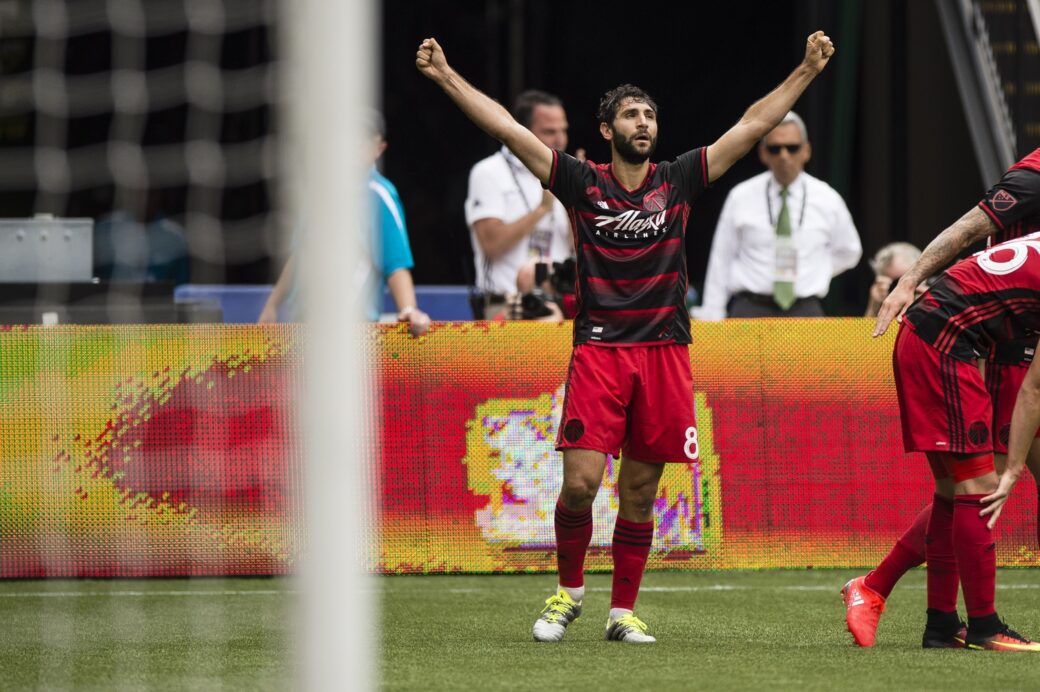 New York City FC got back on the right side of the win column on Sunday, while the Portland Timbers earned an important victory of their own against a traditional foe.

Meanwhile, the Vancouver Whitecaps and New York Red Bulls each earned a win and a tie during this week’s action.

Here is a look at the week’s best in MLS for Week 19, as chosen by SBI staff:

After missing Wednesday’s tie against the Montreal Impact, Diego Valeri put in an excellent shift against the Seattle Sounders on Sunday. The Argentine’s pair of goals gave the home side Timbers a 2-0 advantage, but his active presence throughout the afternoon made a noticeable difference in the team’s attack.

FC Dallas attacker Fabian Castillo and NYCFC’s David Villa were also in the running for this week’s Player of the Week honors.

In addition to scoring one of the best goals of the weekend, Jack Harrison continued his impressive rookie campaign for NYCFC in an all around complete performance from the Englishman.

There were a lot of fantastic finishes during the week, including quality efforts from Diego Valeri and Jack Harrison, however, Cristian Techera’s long-distance golazo earned top honors.

What did you think of this week’s selections? Which player impressed you the most this week? Which rookie do you think had the best week 19?