The Best of MLS Week 20: Drogba, Red Bulls and more 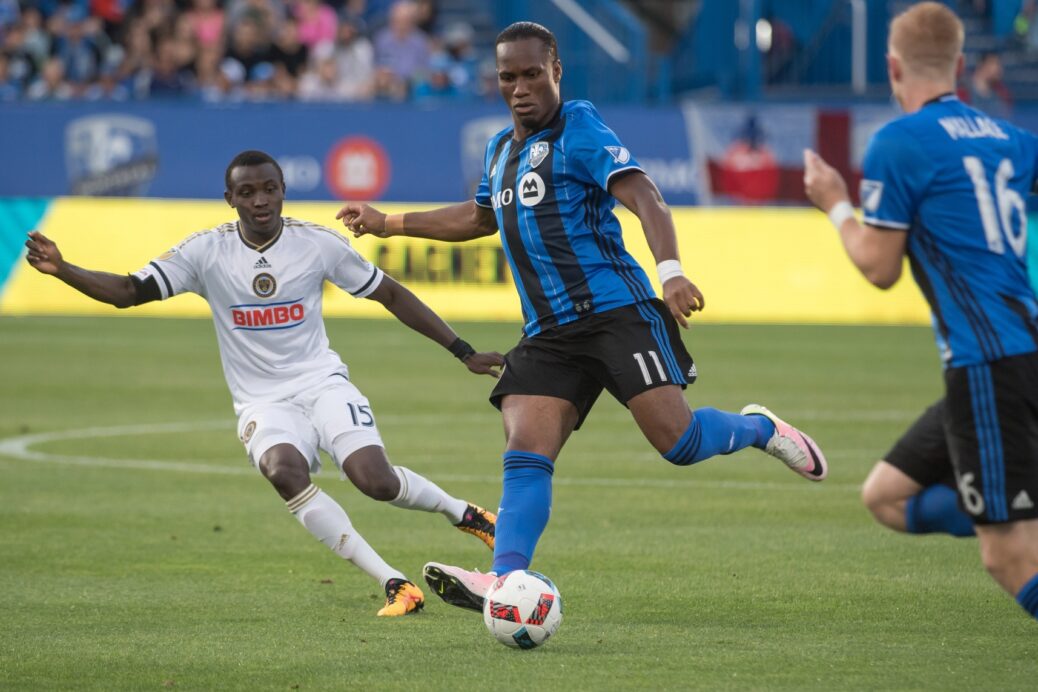 Several of Major League Soccer’s biggest stars stepped up in a big way over the weekend, while one of the league’s hottest rivalries shook up the Eastern Conference with a lopsided result.

Here’s a closer look at The Best of MLS Week 20, as voted on by the SBI Editorial Staff:

Didier Drogba provided a hat-trick to lead the Montreal Impact to a resounding win over the Philadelphia Union. It took just 51 minutes for Drogba to net thrice, as the Ivorian star’s positioning, technique and pure power were all on full display in a statement victory.

Drogba wasn’t the only MLS star with a hat-trick, as Sebastian Giovinco matched the feat, but the former Chelsea star beat out the TFC forward, Sacha Kljestan and Dom Dwyer for this week’s honors.

For the second time this season, the New York Red Bulls thumped local rivals New York City FC, with the most recent win coming via a 4-1 scoreline. Facing off with the Eastern Conference leaders, the Red Bulls stuck with their pressing system despite soaring temperatures, earning an easy win over a team jockeying for the top spot in the conference.

The Red Bulls win pulled them closer to the top of the East, while beating out the Philadelphia Union and LA Galaxy for Team of the Week honors.

He may not have placed his name on the scoresheet, but Alex Muyl was absolutely vital in the Red Bulls’ victory over NYCFC. The rookie winger’s tireless work rate stifled NYCFC throughout the match, helping clog the midfield and earn the Red Bulls several advantageous sequences following turnovers.

Muyl’s efforts continue to solidify his spot as a starter, while earning him honors as Rookie of the Week over the likes of Michael Salazar, Tsubasa Endoh and Cole Seiler for the award.

Tommy McNamara’s goal gave an FC Dallas midfielder a run for his money, but Victor Ulloa‘s stunning strike against the Colorado Rapids gave his side a share of the points while solidifying a spot in highlight reels for quite awhile.

What did you think of this week’s selections? Which player impressed you the most this week? Which rookie do you think had the best week 20?