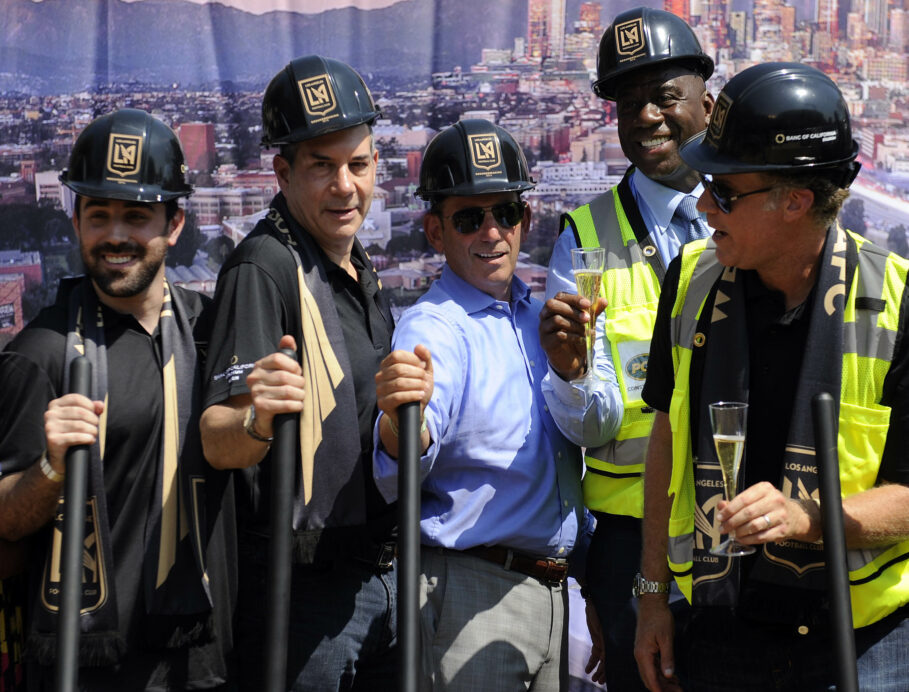 LAFC broke ground on its soccer-specific stadium on Tuesday, with MLS commissioner Don Garber, LA’s owners and fans, along with the city’s mayor Eric Garcetti in attendance.

The 22,000-seat venue — built on the site of the Los Angeles Sports Arena — will be called the Banc of California Stadium after LAFC announced a naming rights deal with the organization. It is expected to be completed in time for the 2018 MLS season.

“We start here,” said Larry Berg, LAFC lead managing owner. “After years of planning and hard work we are set to make history here in the heart of the city.

“Banc of California Stadium will allow for greater sports-viewing and live entertainment experiences to take place in Los Angeles than ever before.”

The club says that the stadium will rake in more than $350 million in private investment to the area. Part of that will be dedicated to a district featuring restaurants, a public plaza, a retail store, conference and events centers.

“This world-class stadium,” said LAFC executive chairman and owner Peter Guber, “Will be a state of the art venue featuring ‘state of the heart’ experiences for players, fans and artists.”

Like many other MLS stadiums, LAFC’s building will host various events. However, as seen in the renderings that were released in May, it was designed for soccer and promises to be a cutting-edge facility.

“This spectacular stadium will provide LAFC and its fans with a world-class home,” said MLS commissioner Don Garber, “and I look forward to the many rivalry matches between LAFC and the LA Galaxy that will be played here for years to come.”