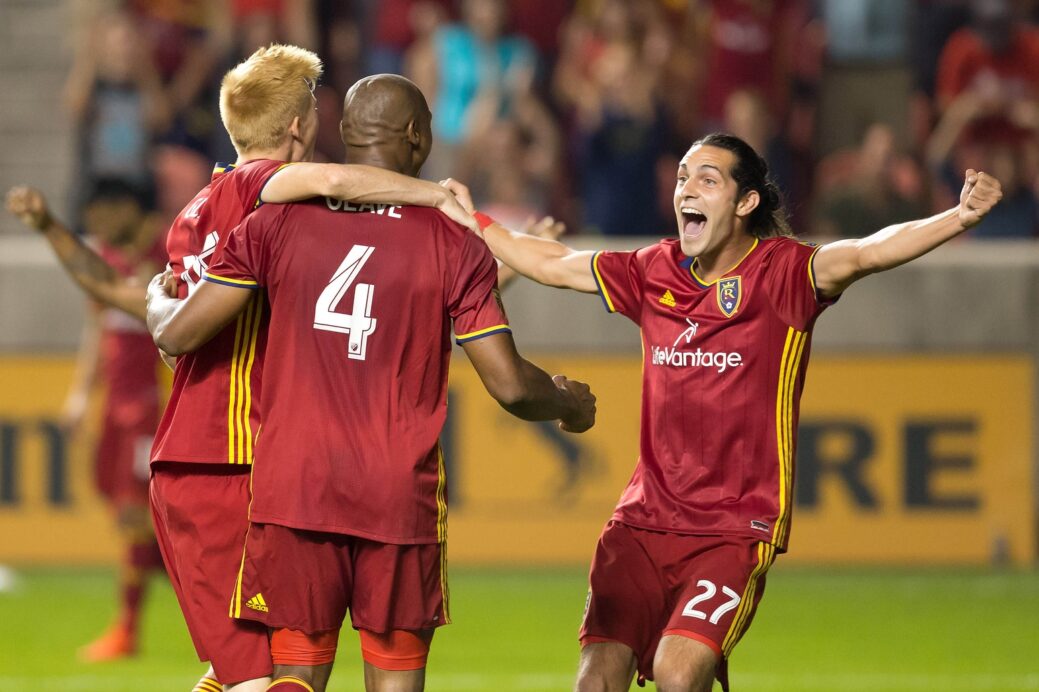 It took longer than expected for Real Salt Lake and FC Dallas to find a goal, but when the former did int he 78th minute, it proved to be just enough to leave Rio Tinto Stadium with three big points.

Olave’s finish was a volleyed one, as the defender fired home an attempted clearance late in the second half. A Javier Morales free kick was seemingly headed away by the FC Dallas defense, but the ball only went as far as Olave. The veteran smashed a rebounded shot into the back of the net, sealing his side’s win on home field.

FC Dallas had their chances, with the best coming via Michael Barrios, who saw a chipped effort collide with the crossbar. Chris Seitz was called upon to make a pair of saves, as both sides fired 10 shots on the night.

RSL is back in action on Friday in a clash with another Western Conference contender, the Colorado Rapids. Meanwhile, FC Dallas midweek in CONCACAF Champions League play for a match with Real Esteli.

While keeping a clean sheet against a vicious FC Dallas attack, Jamison Olave also provided the goal in what was a very good win for RSL.

Victor Ulloa seemed just a step off, completing just 9 of his 16 passes before being taken off in the 45th minute.