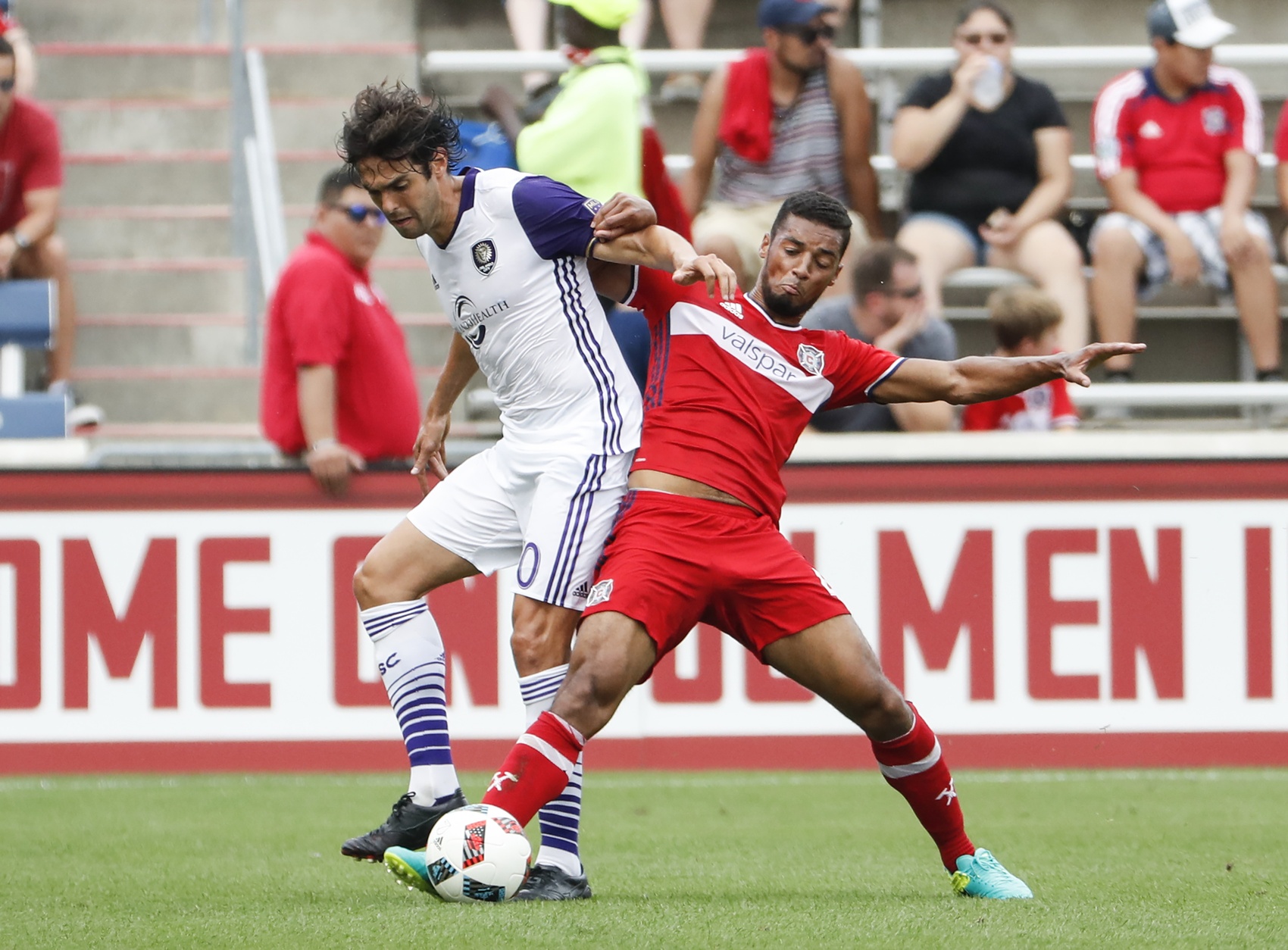 BRIDGEVIEW, Ill. – The Chicago Fire coughed up an early lead, but managed to come from behind and earn a point Sunday against Orlando City in a 2-2 draw at Toyota Park.

For the Fire, it was the first time all season that they’ve earned any points when trailing at halftime, but for Orlando City, sitting on the Eastern Conference playoff line, it was two points lost toward postseason positioning.

The Fire went ahead in the sixth minute when John Goossens fired a low shot from outside the box that managed to beat Joe Bendik off the inside of his post.

Kaka and Cyle Larin, the pairing that has been so instrumental for the Lions in MLS, gave the Fire fits on Sunday. The Brazilian midfielder found pockets of space and the Canadian forward was a smart, physical presence, as the two created both goals for Orlando City.

Just three minutes after Chicago scored, in the ninth minute, Larin and Kaka linked up for the tying goal. Kaka chipped a ball toward the penalty spot and Larin out-muscled Chicago rookie centerback Jonathan Campbell to get on the end of it and poked it past Sean Johnson for his 12th goal of the season.

The Lions went ahead in 32nd minute when Larin hit the post with a header and Kaka was on the spot to smash in the rebound before Johnson knew anything about it.

The Fire tied the score in the 78th minute. After substitute Luis Solignac turned a great scoring chance into a corner, the ball was played short to Brandon Vincent. The rookie sent a cross from the left wing into the box, where Razvan Cocis snapped a header past Bendik to make it 2-2.

The Fire thought they had a shout for a penalty in the 90th minute when a driving Arturo Alvarez went down in the box, but referee Mark Geiger ignored their appeals.

In stoppage time, Vincent had a chance on the break saved by Bendik and moments later, Geiger blew the whistle and the match ended even.

Orlando City forward Cyle Larin scored the Lions first goal and his header off the post led to the second.

In the 90th minute, referee Mark Geiger waved off Chicago’s shouts for a penalty after Arturo Alvarez, running shoulder to shoulder with Orlando City defender Luke Bolden, went to the ground .

Chicago centerback Jonathan Campbell got beat by Larin for the opening goal and then lost him on the cross that ended up creating the second.