The Best of MLS Week 25: Mullins, Union, Barrios and more 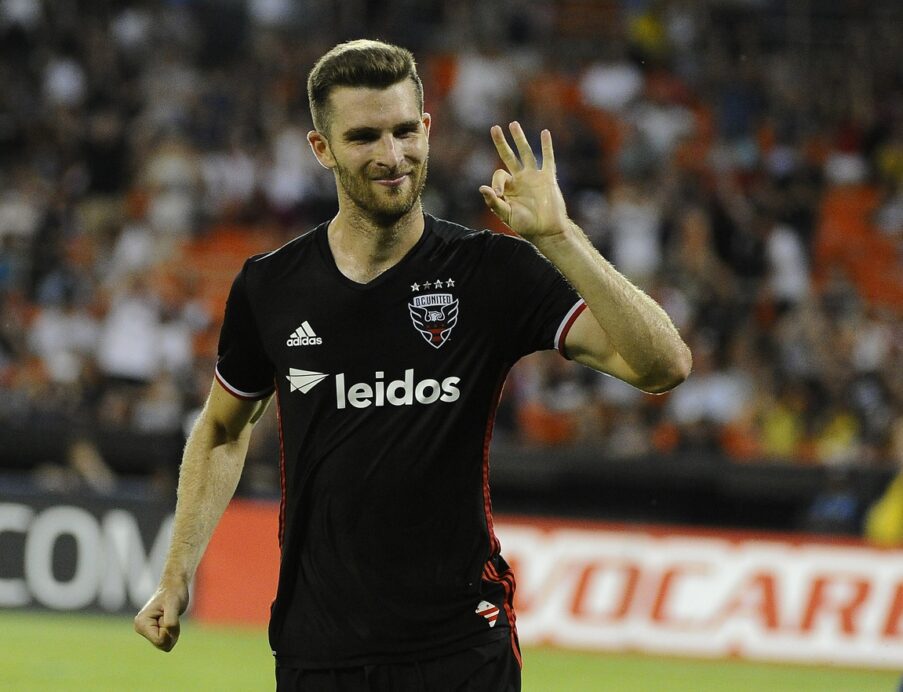 D.C. United’s newest forward was in top form to claim SBI Player of the Week honors, plus one of FC Dallas’ exciting wingers dazzled and amazed to take home the Goal of the Week.

Patrick Mullins has struggled to find consistent playing time since he left the New England Revolution, but his hat trick on Saturday continued what may be the start of something special with D.C. United. The former first-round pick was constantly in the right spots and was clinical in the penalty area as D.C. crushed the Chicago Fire, 6-2.

Mullins beat out Michael Barrios and Kaka for this week’s SBI Player of the Week award.

The Philadelphia Union’s 2-0 win over Sporting Kansas City was the most underrated of the weekend. The hosts were absolutely rampant and could have won by at least four or five goals. Tranquillo Barnetta, Fabian Herbers and Roland Alberg were unstoppable at times in the final third. The defense was equally impressive, too, as Keegan Rosenberry and Josh Yaro were stalwarts at the back to lead the Union to their sixth clean sheet of 2016.

The Union won Team of the Week over D.C. United, the Portland Timbers and the Montreal Impact.

If not for Jordan Morris, Keegan Rosenberry would be the favorite to win the MLS Rookie of the Year award. The defender had another solid game on Saturday versus Sporting Kansas City, helping the Philadelphia Union earn a clean sheet in a 2-0 victory.

Rosenberry topped his teammates Fabian Herbers and Josh Yaro, along with Morris to earn the SBI Rookie of the Week honors.

Michael Barrios’ first strike in the Texas Derby against the Houston Dynamo is SBI’s Goal of the Week. From the incredible pass to the calm finish, there was nothing like it this weekend.

What do you think of this week’s selections? What players and teams stood out to you this past weekend?