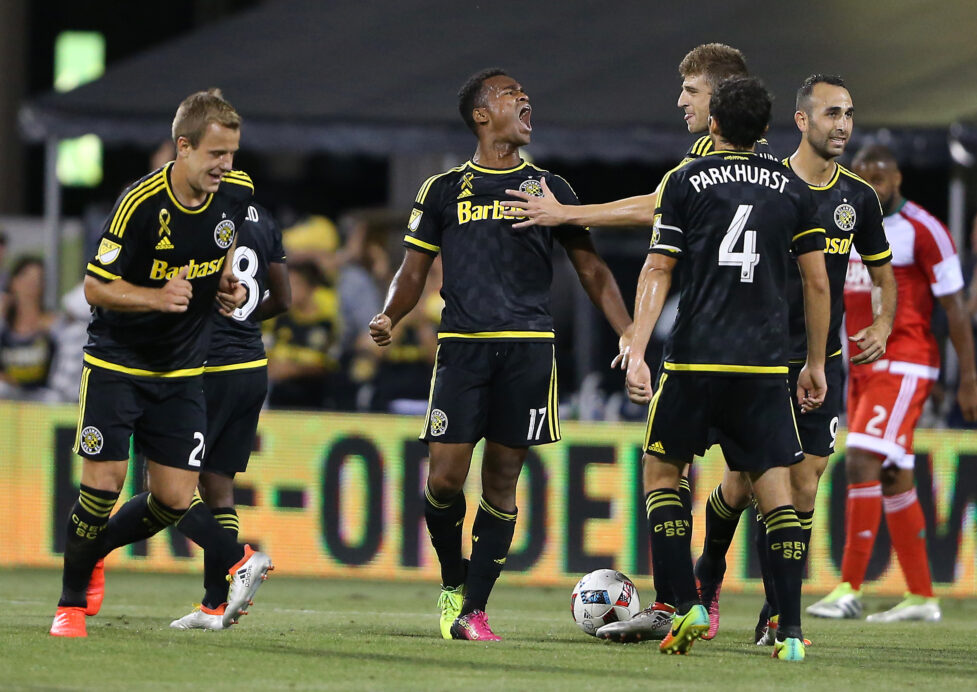 There are still signs of life in the Columbus Crew after they defeated the New England Revolution, 2-0, at MAPFRE Stadium on Sunday night.

Ola Kamara scored both goals in the 42nd and 83rd minute to clinch the victory for the hosts. The Crew have now won two straight matches and are just five points away from a playoff spot in the Eastern Conference with a game in hand.

On a night that was highlighted by Kei Kamara’s return to Columbus for the first time since his infamous trade in May, it was his replacement and namesake who stole the headlines. The Revolution striker was not well received by the home support as he was jeered by the Crew fans whenever he possessed the ball. The 31-year-old finished the game with just two shots.

Columbus controlled the match from start to finish and did not look troubled despite holding a 1-0 lead for most of the game. The Crew finally scored the opener after some lovely footwork from Kamara before firing the ball past Revs goalkeeper Brad Knighton on his near post.

The Crew continued to press for a second goal, primarily down the right flank with Harrison Afful pushing forward. The right back was constantly pinging crosses into the box, with one of them almost finding the head of Kamara on 66 minutes. The Ghanaian nearly doubled Columbus’ advantage shortly thereafter, but had his attempt blocked.

Eventually, the Crew doubled their advantage when Kamara won and converted a penalty after London Woodberry was adjudged to have pushed the forward in the box. The 26-year-old has now scored 15 goals in 22 appearances this season.

With the win, Columbus moves up to seventh place in the East. The Crew will face D.C. United at RFK Stadium on Wednesday, and a win would pull Gregg Berhalter’s squad to within two points of sixth-placed D.C. United

The Revolution are still just one point below the red line despite the loss, but the Crew currently hold the advantage with ts game in hand.

Harrison Afful was tremendous on the right flank, but Ola Kamara deserves the plaudits after his brace. Kamara was a menace in the box and could have doubled his haul if it wasn’t for Knighton’s crucial saves.

There weren’t a lot of clear-cut chances in the game, but Ola Kamara‘s goal in the 42nd minute was brilliantly taken. The Norwegian showed great composure to find space between Darius Barnes and the net to create a scoring opportunity.

The Revs’ attack was practically invisible and that was due in large part to Lee Nguyen‘s underwhelming performance. The absence of Kelyn Rowe was apparent, but whenever Nguyen bursted forward, he was constantly shut down and it left his forwards isolated up top.