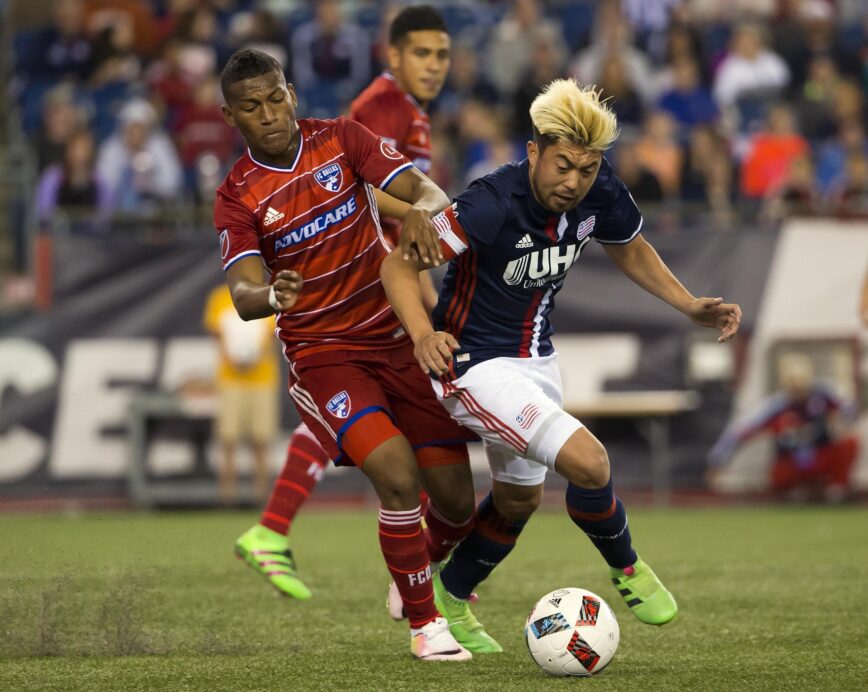 The U.S. Open Cup final is set for Tuesday, and a pair of MLS sides with varying experiences in 2016 are set to collide for the first major trophy of the season.

FC Dallas hosts the New England Revolution in Tuesday’s final in a clash of two teams on opposite ends of the playoff picture. Entering the match, FC Dallas sits top of the West with a four-point lead. A historic treble remains in play, as FC Dallas looks to become the first team to win a U.S. Open Cup, Supporters’ Shield and an MLS Cup in one season. On the other side, the Revs fall just one point out of the Eastern Conference playoff picture despite playing one extra game than those above them.

The only previous time these two teams have faced off in the USOC was in 2007, when the Revs defeated FC Dallas, 3-2, to lift their first and only U.S. Open Cup title. The only time FC Dallas has lifted the trophy was in 1997, when they defeated D.C. United in penalty kicks.

Both clubs had difficult paths to the championship game. In the fourth round, the Revolution defeated Carolina RailHawks, 1-0 by the help of Zachary Herivaux header in the 103rd minute. In the round of 16, the Revs lucked out against the New York Cosmos beating them, 3-2, before knocking off the Philadelphia Union in penalty kicks to move onto the semifinals. Once there, the Revs destroyed the Chicago Fire, 3-1 to advance to their third ever championship appearance.

FC Dallas had an even tougher road to the title game. They were forced into penalty kicks in the fourth round, where they prevailed against OKC Energy FC before Maximiliano Urruti scored in the 96th minute to lift the Western Conference powerhouse over the Colorado Rapids in the Round of 16. In the quarterfinals, they defeated the Houston Dynamo with a goal from Fabian Castillo in stoppage time, while Matt Hedges and Victor Uolloa both scored in extra time against the Galaxy to put FC Dallas into Tuesday’s final.

With Castillo now out of the fold following a move to Turkey, Michael Barrios has been a dangerous player for FC Dallas over the last couple games. This season, he has eight goals, with two of them being game winners. Alongside playmaker Mauro Diaz and goalscorer Maxi Urutti, the FC Dallas attack remains potent, even if remains an impossible task to replace Castillo’s presence.

On the other end, the Revolution have not been the best team in Major League Soccer over the last two months, but in the team’s most recent three-game span, two players have been incredible. Juan Agudelo has two goals and assist, while Diego Fagundez has contributed one goal and two assists of his own. The Revs have lacked offensive production all season but, recently, Agudelo and Fagundez have produced, earning the team a bit of confidence heading into Tuesday’s clash.

Tuesday’s match will be the second meeting between the two teams in 2016. Dallas defeated the Revolution, 4-2, in MLS action.

What do you expect from Tuesday’s match? Who do you see making a major impact?