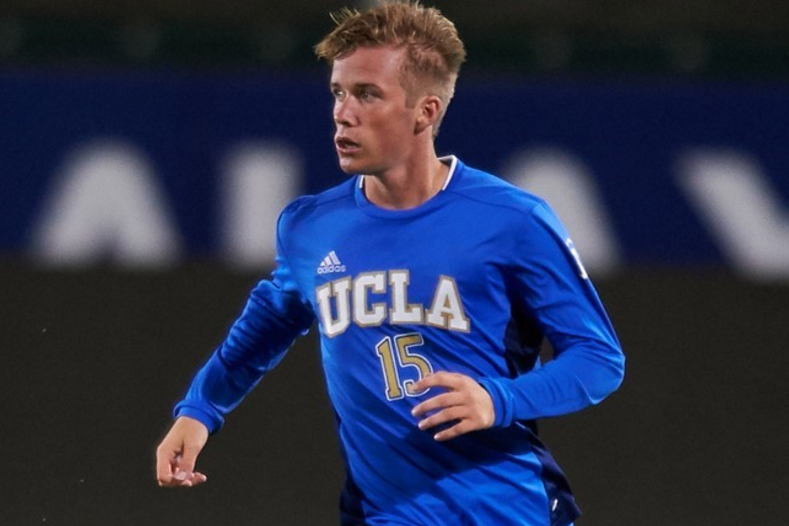 Jackson Yueill knows he can make the leap to the professional game, and he thinks this year might be the right time to make it.

Yueill was a highly-rated prospect after his freshman season at UCLA, but chose to stick with the Bruins for his sophomore year, rather thank make the leap to the professional ranks. Why? Partially because he felt he needed more time, and partially because he simply loves playing for his college team.

“I don’t know if after last year I was ready to make the step into the professional career, and I also love my place here at UCLA.” Yueill told SBI as he continues his sophomore campaign. “It’s a great school and awesome environment. We play really good soccer here and I enjoy my teammates so I think those were all factors in me coming back.”

In preparing to make the professional jump, Yueill knows that the MLS Draft would play a huge role in where he ends up plying his trade. But with the Bloomington, Minnesota native’s hometown Minnesota United making its own leap from the NASL to MLS next year, Yueill spoke with excitement about the possibility of playing the hometown hero were things to shake out that way.

But while Minnesota United represents an attractive option, Yueill has his eyes on another potential destination. When asked which he’d choose if given two options, the future professional had no qualms about his decision.

“I always dreamed of playing in my hometown,” Yueill said. “It would be awesome to play for them, so if something were to line up with them, I would probably think about it very hard. Playing in Minnesota would be very cool in front of friends and family.”

The U.S. U-20 National Team midfielder enjoyed a great freshman season with UCLA, notching seven goals and six assists in eighteen stars as he helped guide the Bruins to a second-place Pac-12 finish and an NCAA tournament appearance.

Yueill wasn’t the only highly-rated UCLA prospect to stay with the team. Abu Danladi, Michael Amick, and Brian Illoski all remained, giving the Bruins one of the more dynamic rosters in the college game. With that in mind, Yueill and his teammates set a few goals for the 2016-17 season, both personally and for the team as a whole.

“For the team, we decided this year to really play dominant soccer. We want to own and win every game possible. We’re starting off by aiming to win the Pac-12 and so that’s where our minds are right now,” Yueill said. “As for individual goals for me, I want to see how well I can do on and off the field and hopefully that’ll translate into the team performance and we can see how far we can make it.”

But he knew it would take work, and so Yueill got to work early in the summer and pushed himself by training with various teams both domestic and abroad.

“Straight from school I flew over to Sweden and trained with a club called Jonkopings,” Yeuill said. “I trained with them for a little over a week and then I had to fly back here and went to the NTC Invitational with the [U.S.] U-20s and so I spent another week and a half training there. Then I was back in Minnesota training with Minnesota United for two weeks or so. Then right after that I went to another U-20 camp in New Jersey and then I came here.”

The hard work has paid off. UCLA currently sits at 6-3-1, including a great season-opening draw against the current SBI No. 1 Maryland Terrapins. Yueill has played a key role in this success, starting in seven matches while notching a goal as well six assists to match last season’s total.

So does he think he’s grown enough to make the leap this year?

“Yeah, I believe so,” Yueill said. “I think last year I was still young, still pretty young right now, but I think the part that I was missing from my game was the maturity and I definitely think over the past year I think my maturity has grown a lot.”

Yueill has also benefited from an ever-rising youth set up in the U.S., having played significantly for both the U.S. U-18 and U-20 Youth National Teams, which he is quick to credit as a positive force for change in U.S. youth development.

“I definitely think it’s getting better and better each year,” Yueill said, “I think overall, it’s not quite there yet at the European levels, but I definitely think each year we’re getting progressively better and better because we’re learning from what they’re doing and applying it our own way. One day in the future, I think our youth academies are going to be just as good. That’s what I hope. Youth soccer is definitely on the rise in America and it’s really nice to see.

“I think the advancements that U.S. soccer is making with the youth National Teams and bringing them overseas is really helpful. They’re going to get some of that European experience and what they experience there they can bring back here to their development academy teams.”

Regardless of whether he chooses to continue his development abroad or remain within the United States, Yueill is already a promising product of the improving U.S. soccer youth system and will hope to continue to be an example of its development as he makes his move to the professional ranks.