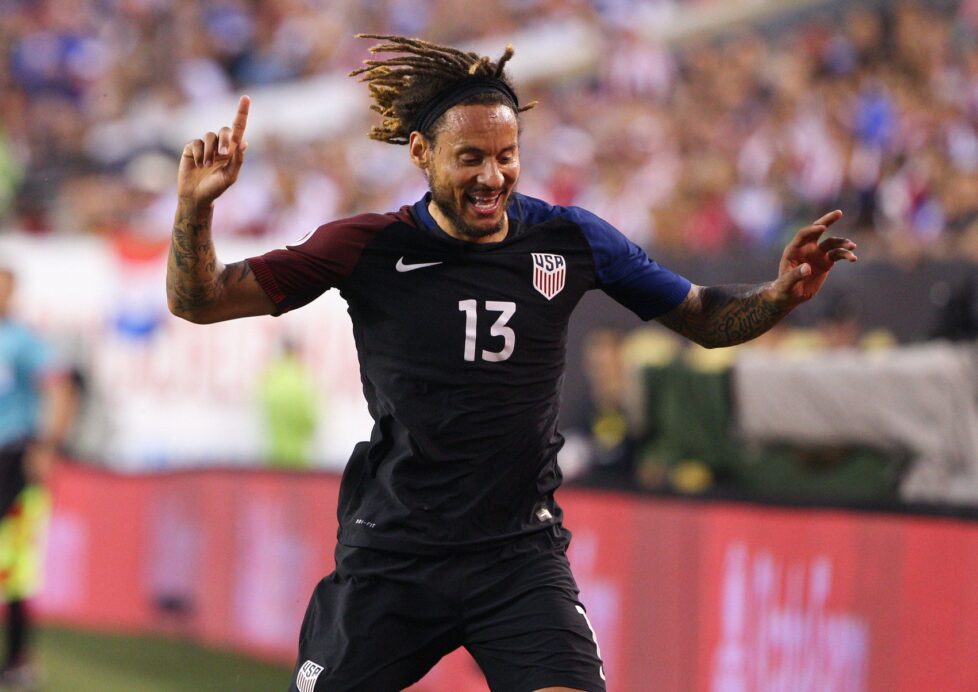 Jermaine Jones isn’t quite at 100 percent. Just several matches into a return following a 13-week absence, it’s hard to expect any player, let alone a 35-year-old midfielder, to jump right back in at full force.

Jurgen Klinsmann understands that there may be limits on the Colorado Rapids midfielder’s game but, with a key qualifying clash looming, the U.S. Men’s National Team will hope that Jones can provide some sort of spark on Friday night.

The midfielder’s long road towards Friday’s clash with Mexico began on July 4, a day reserved for celebration in American circles. For Jones, it was a day for despair, as the midfielder suffered a knee injury that would eventually sideline him for three months. After months away, Jones recently rejoined to the Rapids lineup, making a return to the national team viable. After dropping last fall’s CONCACAF Cup to Mexico, Jones is desperate for revenge and, with it, a chance to prove that he’s truly back for both club and country.

“I feel good,” Jones said. “After 13 weeks out, I played 83 minutes with my club team. Of course, if I come to the national team, I’ll always say that I’m ready to go.

“It’s nice, but still, I think we have to be focused,” he added. “We have a lot of respect for them and of course we want to beat them, especially after that Rose Bowl final. After that we have something to prove and we have to make sure we’re 100 percent going into the game.”

Jones’ presence is a welcome one for the USMNT. Throughout this past summer’s Copa America, Jones turned back the clock, shining in the midfield against some of South America’s top teams. A red card in the tournament’s quarterfinal marred what was an outstanding tournament for the Rapids star, one which saw him reassert himself as a vital piece at 35 years old.

Soon after, Jones was on the shelf. For months, the Rapids were quiet on Jones’ status as he missed game after game throughout the MLS season. Jones joined up with the USMNT in September for a closer look, but was almost immediately sent home to continue his rehabilitation.

Finally, Jones returned, rejoining the Rapids for a 22-minute cameo in the regular season finale. A combined 128 minutes in a two-legged win over the LA Galaxy followed, as Jones inches towards 100 percent.

“Jermaine Jones is a player that, when he’s on the field, other teams simply fear him,” Klinsmann said on Sunday shortly after revealing the USMNT roster.  “Other teams simply respect him a lot. There’s the body language, there’s his energy, there’s the dynamic approach to everything he’s doing. He’s just elevating the games with his presence and that’s why, to have him just in our roster — and I’m not saying that he’s playing from the beginning against Mexico — but just having him with us is huge for us.

“With Jermaine, it’s been quite a patient process,” Klinsmann added. “I spoke many times to Pablo Mastroeni about his physical fitness, about his progress. I’m just thrilled that he’s back.”

Jones has taken on Mexico four times. He tasted the frustration the came with the 2015 CONCACAF Cup defeat and now-infamous 2011 Gold Cup final. He’s felt the elation that came with wins in the Azteca and Columbus. A supremely passionate player, clashes with Mexico were made for Jones, and he is more than looking forward to making his international return against such a heated rival.

The return comes in Columbus, in a venue Jones values. Jones says he expects a lot of support from USMNT fans, while also jokingly adding that he was looking forward to the colder weather.

The weather may be cold and the test will be big, but Jones insists he’s ready for a return that comes at the most opportune time.

“I know that they will be on fire. They always try to beat us, especially when we play at home. We know what we have to do. We’ve showed it a couple of times now in Columbus: we can beat them.”