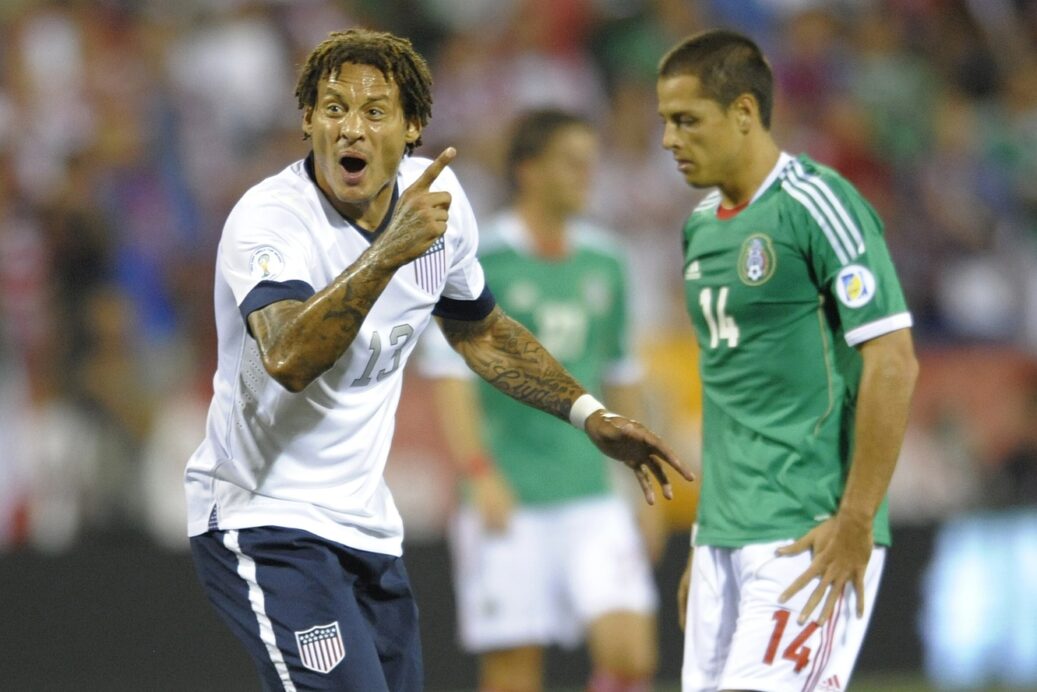 If Jermaine Jones catches Javier ‘Chicharito’ Hernandez complaining to referees in the U.S. Men’s National Team’s match versus Mexico, he will speak up.

Speaking to Univision ahead of Friday’s pivotal qualifier, Jones warned Hernandez that he needs to stop complaining to officials, which is something they spoke about during last year’s CONCACAF Cup.

“He’s always talking, like ‘referee here, referee here!’,” Jones said, “and I told him, I said — You can see I pull him right here and I said: ‘Small boy, come here: We have to talk.’ “And I told him: ‘Stop always explaining.’ But I think after the game was everything cool,”

After a three-month absence, Jones is slated to return to the USMNT against Mexico, which should be a feisty affair no matter what. These comments will surely add more intensity to an already fierce rivalry.

Jones, 35, has started five times against Mexico in his international career.