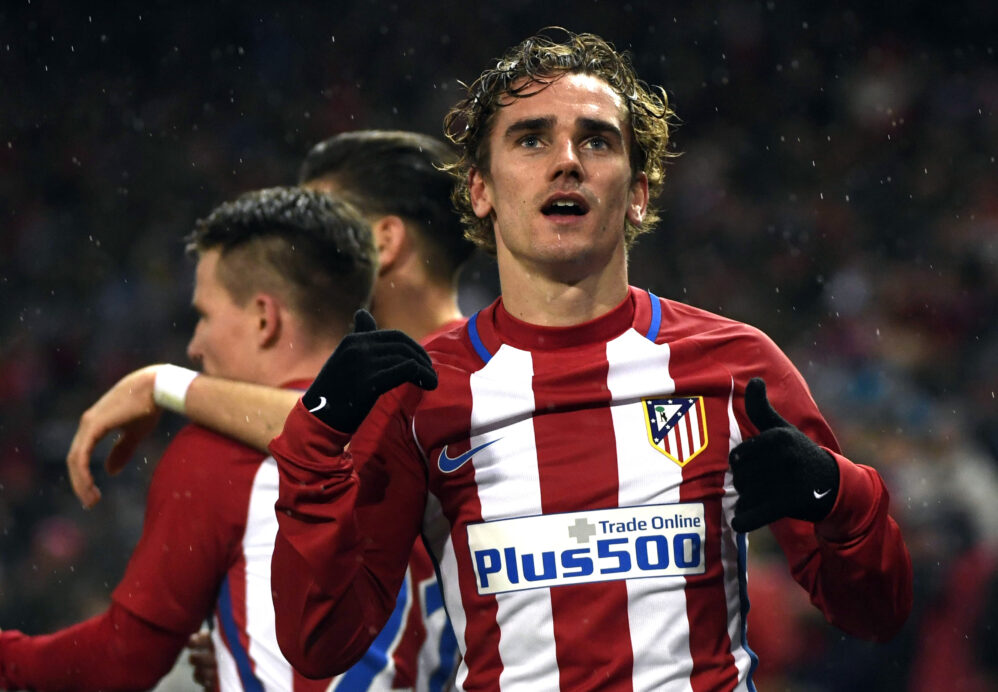 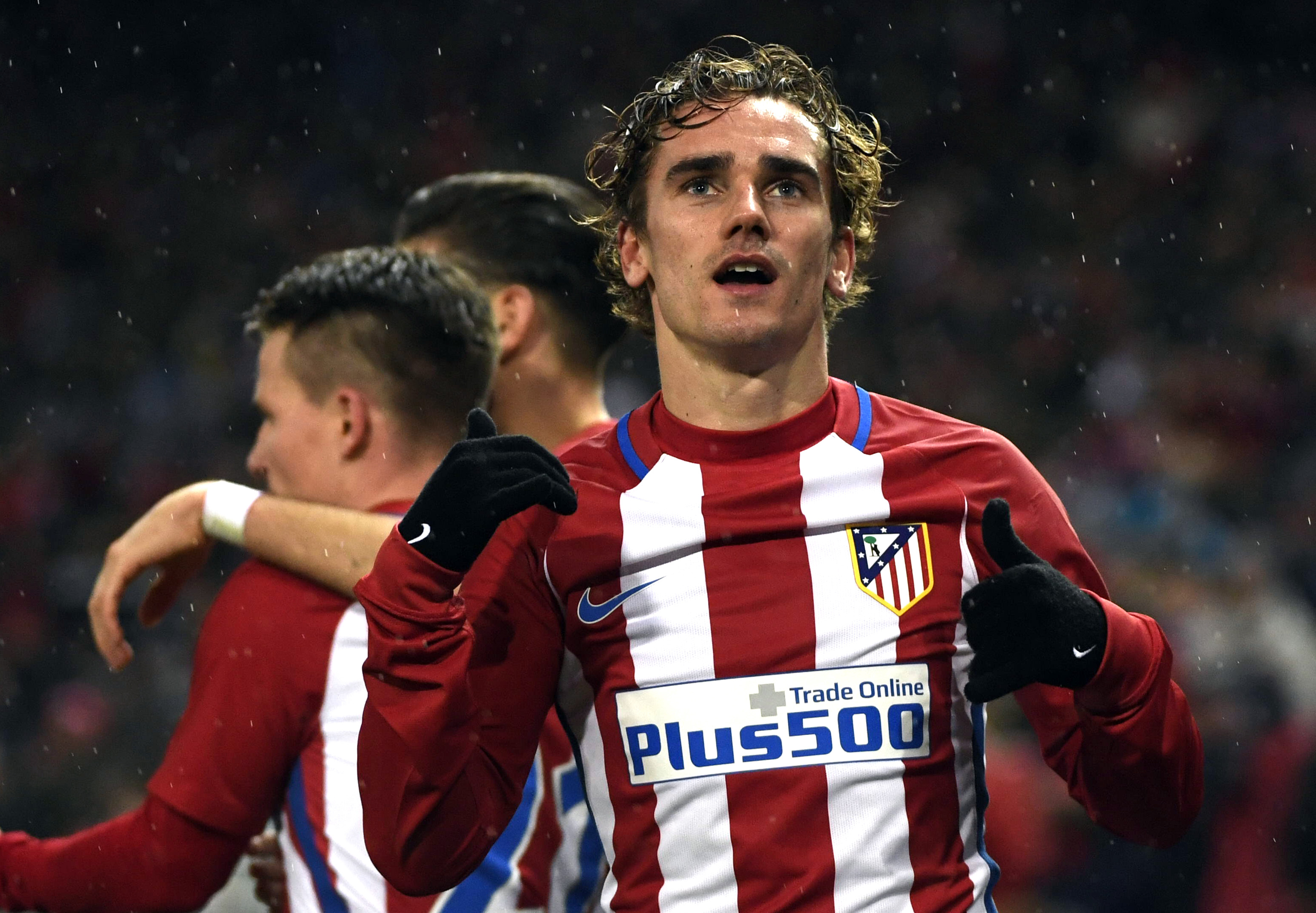 Atletico Madrid may not be in the title picture in Spain at this point in the season, but a loss on Sunday could have begun putting Diego Simeone’s squad in danger of losing its grip on a UEFA Champions League place.

That looked like it would happen as Celta Vigo held a late 2-1 lead at the Vicente Calderon, but Atleti rallied late, scoring goals in the 86th and 89th minute to pull out a dramatic 3-2 victory. The win helped keep Atletico Madrid ahead of Real Sociedad for fourth place in La Liga.

French star Antoine Griezmann capped the comeback with his 89th minute tally after Yannick Carrasco equalized in the 86th minute. The victory keeps Atletico Madrid one point ahead of Real Sociedad, which has won four of five matches to climb into contention for a top-four spot.

Claudio Ranieri’s Foxes were avoiding falling deeper into a relegation fight, as were Paul Clement’s Swans. A 2-0 lead at halftime was all Swansea needed to pick up three points at home. Defender Alfie Mawson slotted home the hosts opener after 36 minutes, before wingback Martin Olsson netted his first goal for the club nine minutes later.

Despite holding a slight edge in possession, Leicester City only created one effort on goal in the match. The Foxes’ last EPL goal was scored on December 31st and they have gone more than 610 minutes without a league goal. The loss dropped Leicester City to 17th place, sitting only a point clear of the relegation zone. Swansea sits two places, and three points ahead.

Elsewhere in Europe, Burnley held leaders Chelsea to a 1-1 draw at Turf Moor, while in Germany, Wolfsburg and Freiburg earned important home wins. In Serie A action, Roma, Inter, and Torino all earned impressive wins.

Here is a rundown of Sunday’s action in Europe.

In the early fixture at Turf Moor, Burnley fought back for a point in a snowy 1-1 draw. Sean Dyche’s Clarets have found success at home, winning 97% of their points there. However, the visitors opened the scoring after seven minutes as Pedro netted his sixth league goal of the season. The Spaniard found a nice area inside the box and finished nicely while falling down. January signing Robbie Brady pulled Burnley level from a superb left-footed free kick in the 24th minute.

Andre Gray almost put the hosts ahead in the second half, but mis-fired his shot after an error by Chelsea defender David Luiz. Chelsea remains 10 points ahead of second-place Tottenham, but could see their lead shrink to eight if Manchester City beats Bournemouth on Monday.

Here are all of Sunday’s English Premier League results:

A.F.C. Bournemouth hosts Manchester City on Monday afternoon in the final fixture of the round.

In a crucial battle between two teams fighting for league safety, Sporting Gijon defeated Leganes, 2-0, away from home. Defender Roberto Canella’s long-range effort after 66 minutes put the visitors in front 1-0. Despite Gijon being reduced to 10-men four minutes later, they iced the match seven minutes from time as substitute midfielder Jorge Burgui netted his first goal of the season. The win for the visitors keep them in 18th, but are now two points behind their opponents.

At El Madrigal, Villarreal fought back for a point at home against Malaga. Bruno Soriano’s 62nd minute penalty drew the hosts level after Charles Dias put Malaga in front after 14 minutes. Despite being reduced to 10-men, the hosts held on for a  point which keep them in sixth place.

Eibar hosts Granada on Monday afternoon in the final fixture of the round.

Sunday saw two matches on the Bundesliga slate in which both home sides won by a similar scoreline. Wolfsburg netted twice in the second half to cancel out a 1-0 halftime lead for visitors Hoffenheim. Steven Zuber’s third league goal put the visitors in front after 26 minutes. Maximilian Arnold’s long-range effort five minutes into the second stanza equalized for Wolfsburg before Daniel Didavi won it from close range in the 73rd.

Here are all of Sunday’s Bundesliga results:

Roma leapfrogged Napoli into second place after a 2-0 road win at Crotone on Sunday morning. Despite Edin Dzeko’s missed penalty kick after 17 minutes, Radja Nainggolan put the visitors in front five minutes to halftime which a right footed blast. Dzeko made up for his earlier miss, by slotting home his 18th league goal late in the second half. Mohamed Salah also added two assists in Roma’s third consecutive win in all competitions.

Inter bounced back after back-to-back defeats in cup and league play by beating Empoli 2-0. Eder netted his fourth league goal of the season after 14 minutes, before Antonio Candreva added an insurance goal in the 54th. Empoli keeper Lukasz Skorupski made six saves in the defeat, which was the visitors second out of the last three. Inter now sit six points behind Napoli for third, while Empoli are eight points clear of the drop zone.

Torino earned their first league win since December 22nd with a 5-3 rout of Pescara at the Stadio Olimpico. After 15 minutes, the hosts were up 3-0 with Iago Falque, Arlind Ajeti, and Andrea Belotti all finding the back of the net. Adem Llajic made it 4-0 in the 53rd before Belotti netted his 17th league goal eight minutes later. Pescara made things interesting late, as an own-goal off of Ajeti plus an eight minute brace from Ahmad Benali made it 5-3 with minutes remaining. However, Torino held on for a much-needed win.

A.C. Milan travel to Lazio on Monday afternoon for the final fixture of the round.

In France, a second-half comeback earned third-place Nice earned a point at Rennes. Morgan Amalfitano’s first goal of the season put the hosts up after seven minutes before Giovanni Sio made it 2-0 in the 21st. However, the surprise story of the year clawed all the way back in the second half. Substitute forward Anastasios Donis cut the lead to 2-1 after slotting home his first goal of the season. Valentin Eysseric drew Nice level nine minutes from time, finishing off Jean Michael Seri’s assist.