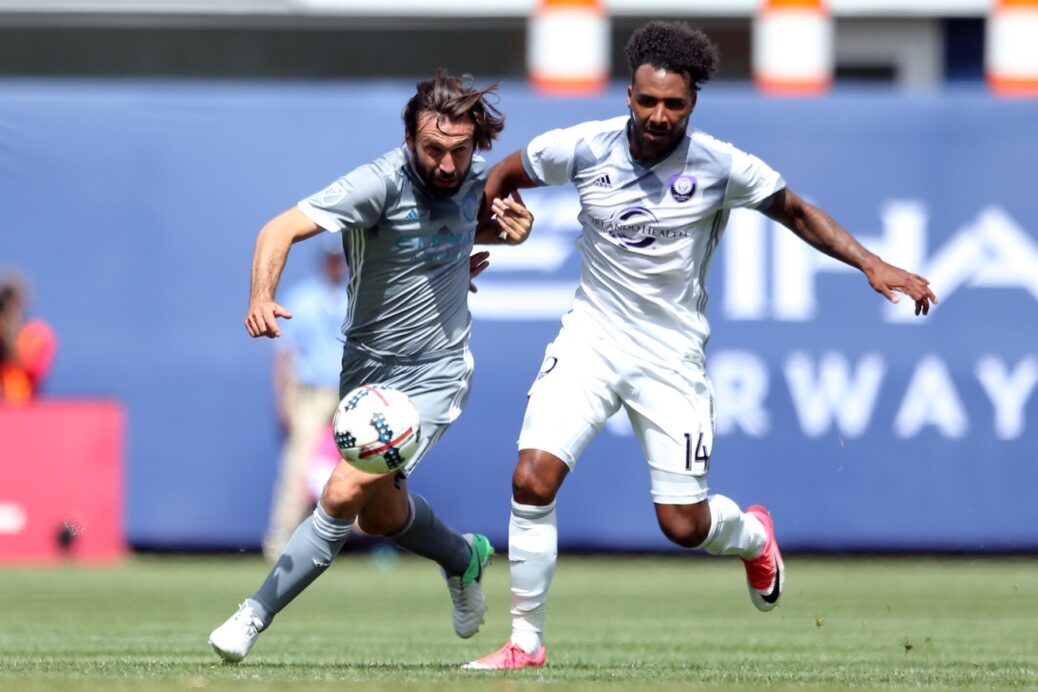 Cyle Larin continuously brings his best when he faces off with New York City FC. The Canadian star has made a habit of torturing Orlando City’s expansion partner, and he did so yet again on Sunday afternoon en route to a statement road win.

The Canadian international scored yet another brace against NYCFC, leading the Lions to a 2-1 road win at Yankee Stadium. The win sees Orlando City vault to the top of the Eastern Conference with 15 points through six games.

Orlando City’s defense largely held firm throughout the first 45, and the attack did its part via a familiar goalscorer. After breaking through on the left side, Scott Sutter’s ball into the box fell right to Larin, who fired home with his eighth-career goal against NYCFC.

In the 51st minute, Larin added his ninth. On a cross in from Donny Toia, the Canadian forward bullied Rodney Wallace in front of goal, leaping up and over the NYCFC defender to head home for his second goal of the match.

The hosts found a lifeline in the 74th minute as David Villa fired home on a bouncing free kick from Maxi Moralez. The goal, Villa’s fifth of the season, gave NYCFC a chance, but the hosts couldn’t find a crucial breakthrough as the game wore on.

NYCFC, meanwhile, was generally quiet on the attacking end throughout the first half. Villa was all but limited to hopeful longshots, aside from his goal, with none being quite as spectacular as his chip of Andre Blake last time out. One of the best chances was a 23rd minute cross in from Jack Harrison, one which found the head of Maxi Moralez. The diminutive attacker got a shot out of it, but could do little to beat Joe Bendik.

In the 68th minute, NYCFC got a bit closer on a headed effort from Wallace, but Bendik was up to the task with one of his five saves on the day. Villa’s goal soon followed, as did several chances, but none could beat Bendik as Orlando City held on to scrape out a win.

Next up for Orlando City is a return home for a clash with the struggling Colorado Rapids while NYCFC looks ahead to a visit to Columbus to take on the Crew next time out.

There’s something special about Cyle Larin when he plays in New York. The Canadian routinely dominates NYCFC, and he did so again on Sunday with two more goals.

After opening the scoring with his first goal, Larin set the tone even further with his second finish in the 51st minute. It turned out to be the game-winning goal, a vital finish as Orlando City escaped with three road points.

Without Ronald Matarrita in the lineup, Rodney Wallace was miscast as a left back. He was beaten on the first goal, prompting the cross into Larin. On the second, Larin himself posterized the Costa Rican, finishing off a poor day at the office for the NYCFC winger.