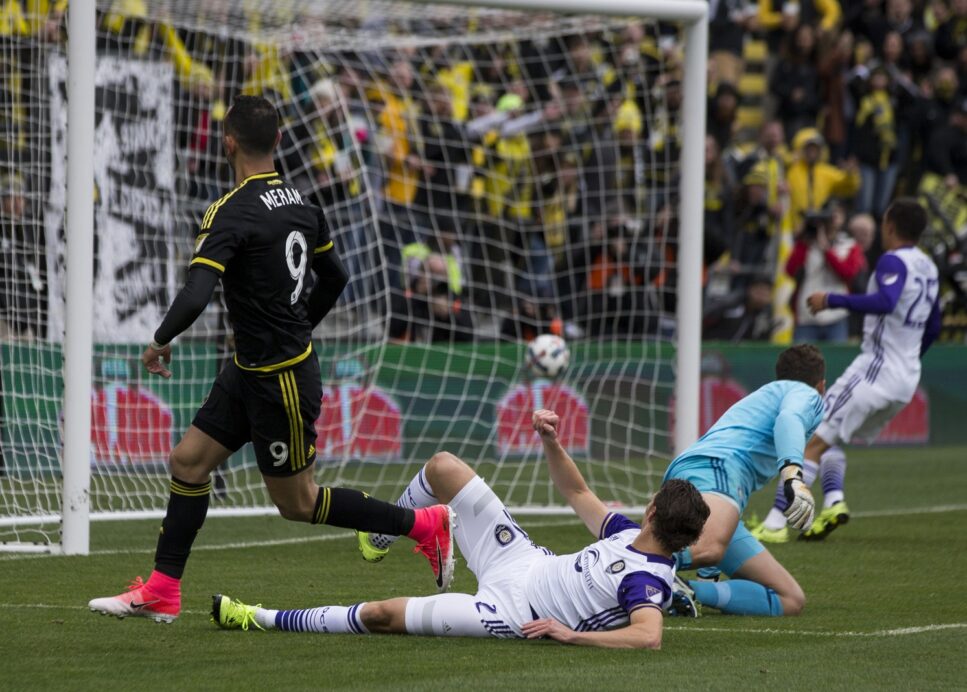 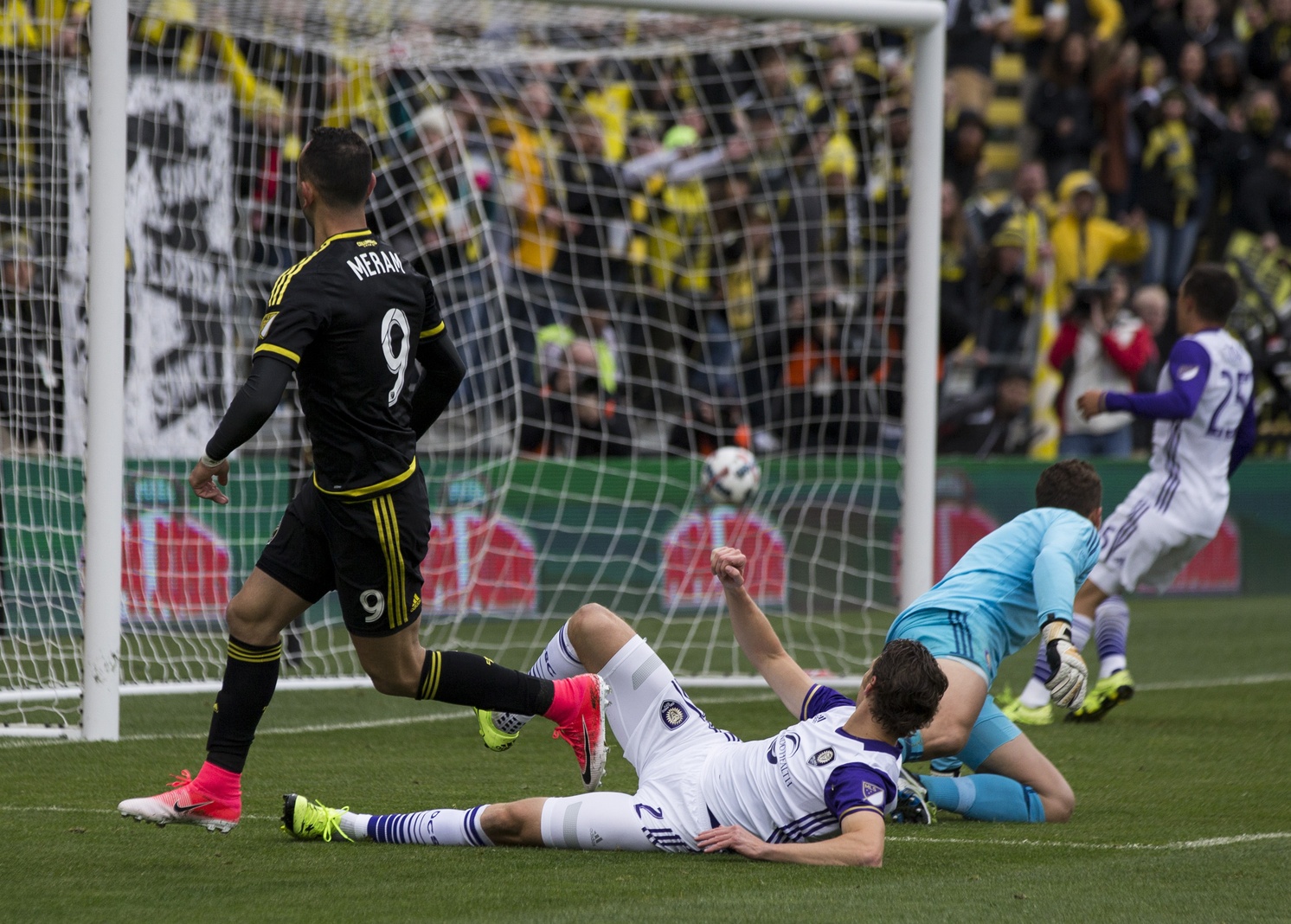 The Columbus Crew made it three consecutive league victories after a 2-0 win at Mapfre Stadium over visiting Orlando City on Saturday.

Justin Meram did the majority of the damage for Gregg Berhalter’s men in front of the home support in Columbus. The two-goal performance from the midfielder was his first multiple-goal showing since September 7, 2014.

Meram opened the scoring in the 13th-minute, rifling a left-footed effort to the bottom-right corner. Carlos Rivas tested his luck from 35+ yards out in the 21st minute, but saw his effort saved by Zack Steffen in the bottom-left corner.

Danny Toia’s 33rd-minute long-range strike also forced a save from Steffen, which was the last shot on goal in the opening half. Cyle Larin was next on the list to have his effort saved by Steffen, as the forward’s right-footed strike was saved in the 61st minute.

Steffen held on to his clean sheet in the 91st-minute as he saved Will Johnson’s header from close range. The Crew netminder totaled four saves in the victory.

The Crew earned their third straight win, to give them 10 points for the season. They currently sit atop the Eastern Conference, while Orlando drops to fifth place with six points, all of which have come at home.

Justin Meram deserves the ‘man of the match’ award after netting a brace in Saturday’s victory. The 28-year-old Iraq international finished the match with an 80% passing completion rate, and recorded more shots on target than anyone in the Crew’s lineup.

The 77th-minute goal by Meram iced the victory for Columbus despite several late attacks by Orlando City. Without playmaker Kaka in the lineup again, the Lions had to resort to other ways to produce goal-scoring opportunities. They were held to long-range efforts, and missed close-range chances. If Meram doesn’t net that insurance goal, we may have seen a different ending.

Despite having one real effort offensively, Carlos Rivas looked impatient and frustrated for Orlando City. The 22-year-old Colombian only recorded 12 successful passes, while losing possession a game-high 23 times. The loss of Kaka hurts this team in their build-up play, but Rivas was not much of a threat in helping fix that cause. Defender Will Johnson is a close second after missing some late chances in front of goal which could’ve caused a dramatic ending to the match.