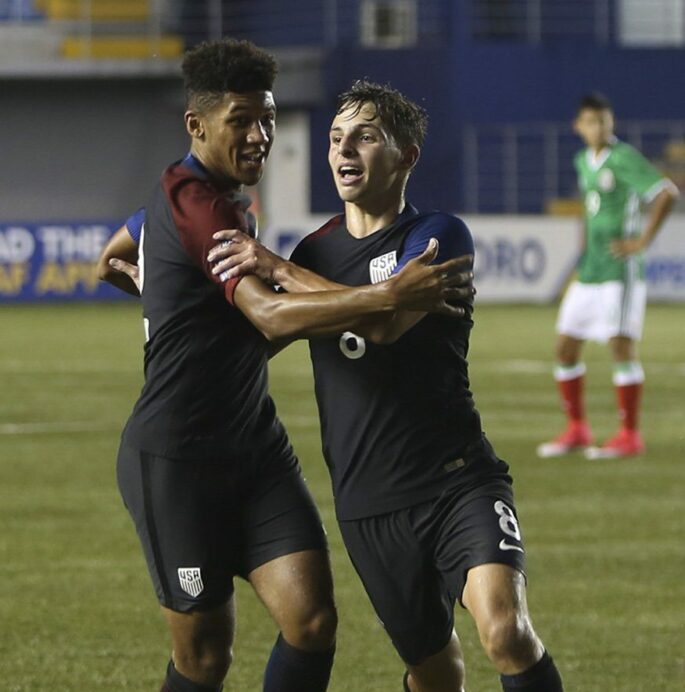 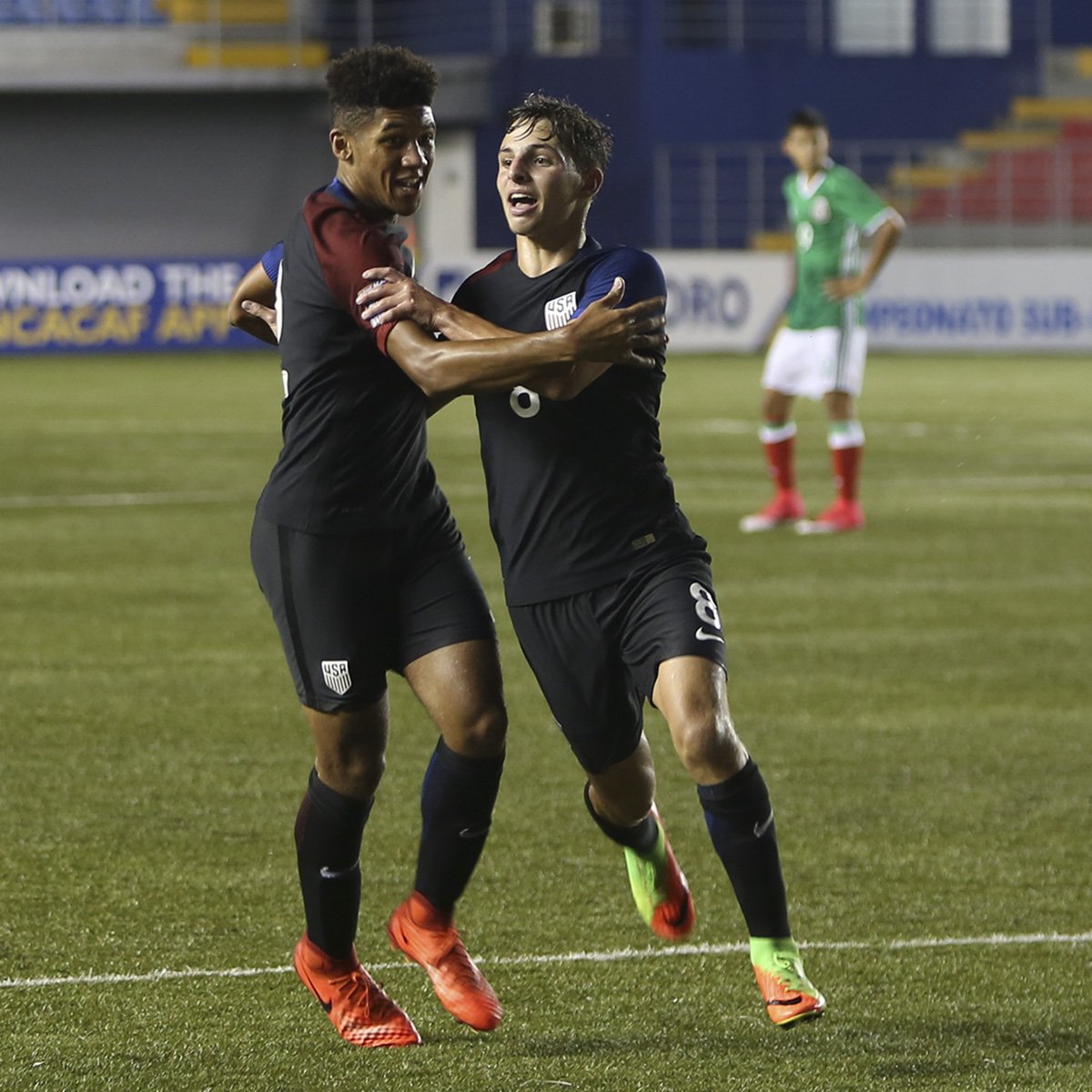 They say that success is the best revenge, and the U.S. Under-17 Men’s National Team got to feel the joy that comes with a bit of both on Wednesday afternoon.

As Wednesday’s match against Mexico drew closer and closer, the U.S. U-17s had all of the motivation they needed. A spot in the next round of the CONCACAF was on the line, and a win would move the U.S. one step closer to a berth in this year’s World Cup.

However, the idea of revenge still loomed large. After falling to Mexico back in August, the U.S. U-17s were determined to not let it happen again. They didn’t, as the U.S. escaped with a thrilling 4-3 win that booked their spot in the next round of the CONCACAF U-17 Championship.

“The first time, we lost and, as a team, we said we’re not going to let this happen again,” said midfielder Blaine Ferri, who scored the third of four U.S. goals. “It’s a great feeling that we came out, redid it, and actually won the game. We came out with more intensity, I thought.”

“I’m just glad we could get some revenge on them,” added Josh Sargent. “We played them back in August and they had a good go at us. It was a great team effort. It was a good game.”

While the game in August was a vastly different match with vastly different circumstances, it showed there were lessons to be learned. After a back-and-forth first half, the U.S. collapsed in the second half of an eventual 6-3 defeat, allowing three unanswered goals to El Tri in the second half. They would need to put together a complete performance if they were to knock off Mexico, who entered Wednesday’s clash unbeaten in their last 25 matches at the CONCACAF U-17 Championship.

The U.S. started slow, and panic could have set in. Mexico’s Roberto de la Rosa opened the scoring just six minutes in, a worrying sign for an underdog U.S. team going up against a program that has proven the region’s juggernaut. That was until Sargent fired two straight goals in the 26th and 40th minute, alleviating some of the doubt.

De la Rosa fired again just before halftime, but the message had been sent: the U.S. could compete with El Tri’s high-powered squad.

“Going down a goal, it was a great response from our team to continue to play the way we want to play,” said head coach John Hackworth. “To go up, it was a little tough to give up the second one before halftime, but in the locker room, the guys had a good resolve and felt good about coming out in the second half and executing again.”

To start the second, Ferri fired home a 51st minute goal, giving the U.S. a lead they would never relinquish. Ayo Akinola added insurance late, and the U.S. was glad he did, as a late own goal brought Mexico within one. It proved to be a consolation, as the U.S. held on for the points.

“It was a huge relief for us,” Sargent said. “At the end of the game, now that we’ve won, everyone can take a deep breath. It’s a great feeling.”

Sargent added that he saw the match as a “good group effort”, one that saw each and every player step up their game. It was a group that remembered the frustration of an August loss, and a group that sees the light at the end of the tunnel in World Cup qualifying.

On Saturday, the U.S. faces El Salvador to close out the group stage, with the top spot already locked up with their wins over Jamaica and Mexico and unable to be caught on tiebreakers. Their spot in the next round is assured, sure, but the U.S. isn’t looking past the challenges ahead.

Wednesday’s match was a test, and a big one. It showed the U.S. can overcome adversity against an opponent that appeared to have their number. Now, the U.S. looks towards the tests ahead and, potentially, a push for October’s World Cup.

“It’s very good for us. It puts us in a great spot,” Sargent added. “We’re just looking forward to the next game now. One game at a time.”