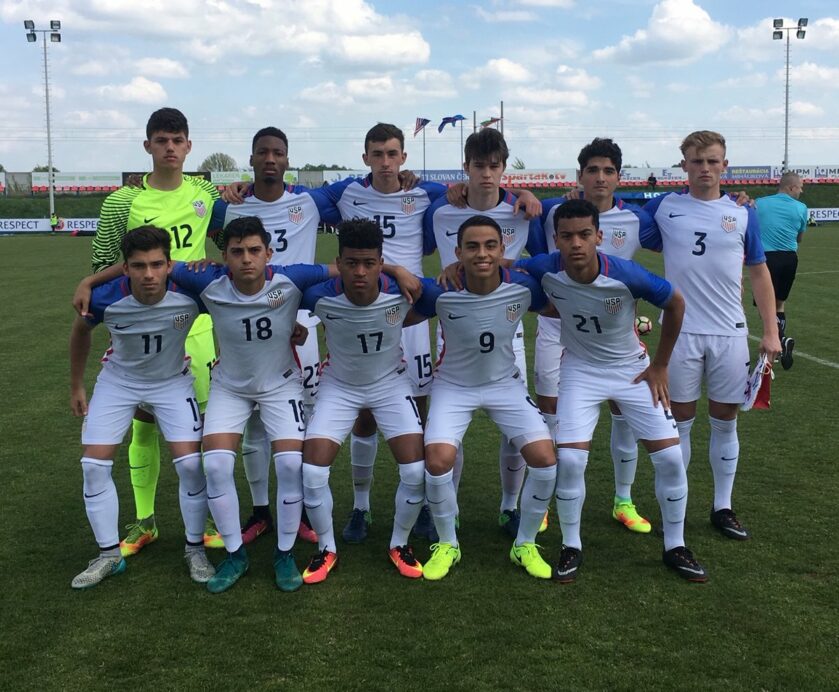 The U.S. Under-18 Men’s National Team left it late, but they got the job done.

The U.S. earned a late 2-1 victory over 10-man Belarus at the 2017 Slovakia Cup on Tuesday afternoon.

Belarus was leading 1-0 in the closing stages of the match, but the U.S. was handed a lifeline with a 69th minute from FC Dallas product Paxton Pomykal. A 75th minute penalty saw the Belorussians reduced to 10 men before Jonathan Gonzalez scored the winner from the spot.

The win moves the U.S. into a tie for first place in Group B with four points. The U-18s will play Slovakia for the top spot on Thursday.