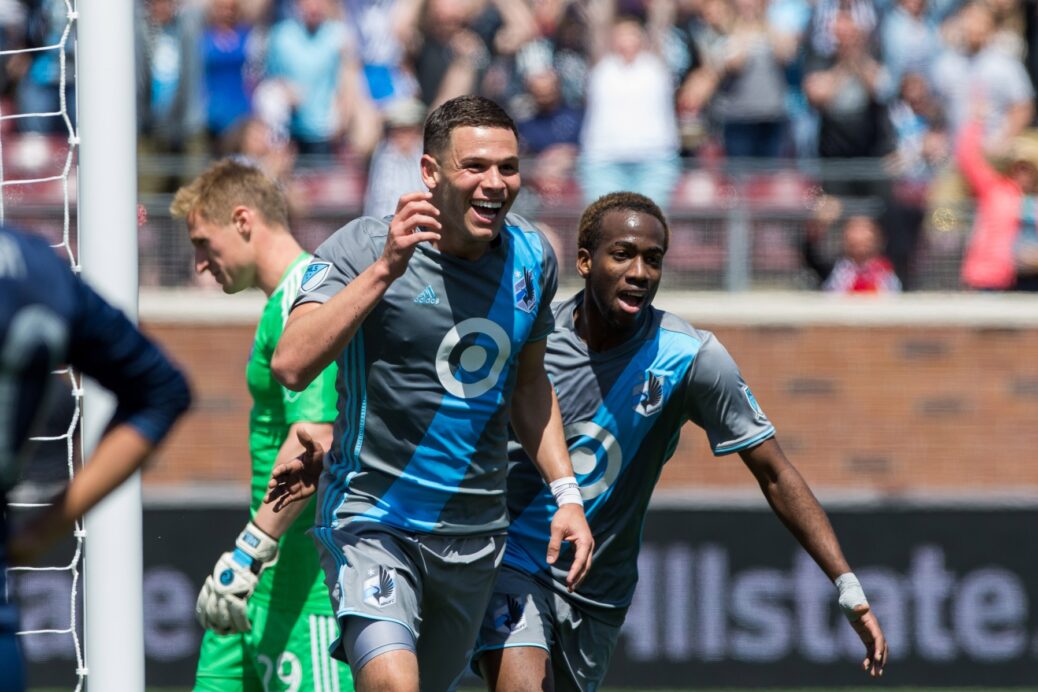 Minnesota United has provided plenty of ups and downs to start their MLS tenure, but Sunday’s effort may have been the biggest surprise yet.

Led by a pair of assists from Miguel Ibarra and a goal from highly-touted rookie Abu Danladi, the Loons took down Sporting KC, 2-0, at TCF Bank Stadium on Sunday afternoon. With the win, Minnesota United moves all the way to seventh in the west thanks to their third victory of the season while Sporting KC sits second.

Danladi opened the scoring in the 22nd minute of his first career MLS start. The former UCLA forward was on the end of Ibarra’s cross as he fired home first-time to give the Loons the early lead.

Ibarra then provided the second in the 39th minute, feeding his longtime NASL running mate Christian Ramirez for the forward’s sixth goal of the young season.

Sporting KC had their share of chances on the day, but the Western Conference contenders were thwarted by Bobby Shuttleworth, who made a whopping seven saves on the day. His best stops came on Dom Dwyer and Graham Zusi, preserving the Loons lead and, ultimately, a statement victory for the first-year MLS club.

Following the win, Minnesota United returns to action on Saturday for another difficult match against Toronto FC while Sporting KC looks to bounce back visits Orlando City that same day.

Bobby Shuttleworth faces a barrage of shots from Sporting KC, and even was bloodied in the process, but the Minnesota United goalkeeper did more than enough to earn his side all three points

While Abu Danladi’s opener got things started, Christian Ramirez and Miguel Ibarra combined to put together a commanding 2-0 lead, one which the Loons would never come close to relinquishing.

Dom Dwyer had several chances to find the back of the net and, through either Shuttleworth heroics or his own misfortune, failed to convert.