No Cubo, no problem as Torres-less Dynamo trounce Orlando City 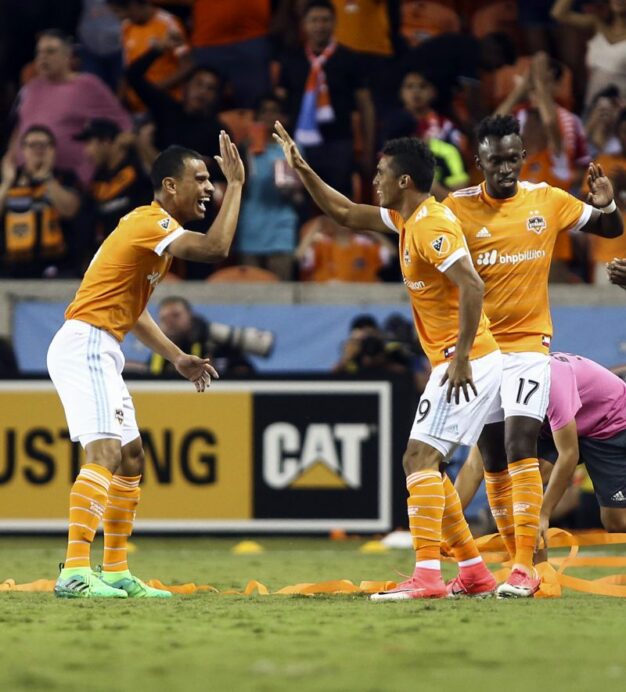 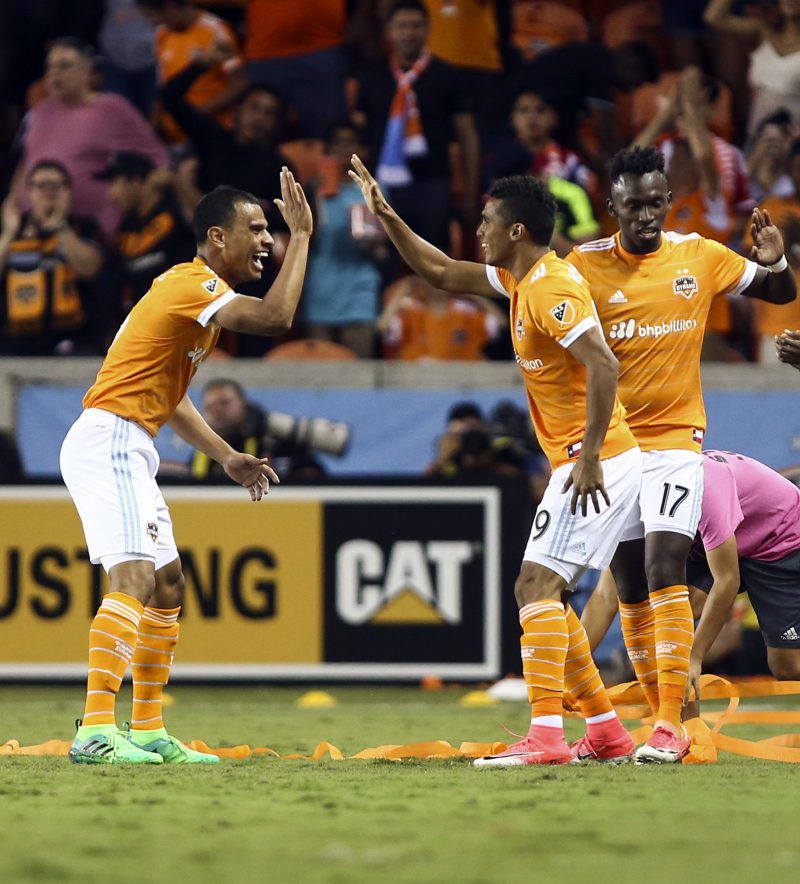 When Erick ‘Cubo’ Torres was ruled out of the Houston Dynamo’s match against Orlando City on Saturday, the initial thought was that the Dynamo might struggle without the leading goal scorer in MLS.

Nothing could have been further from the truth, as the Dynamo rode two goals from Torres’ replacement, Mauro Manotas, along with sterling performances from Honduran wing forwards Romell Quioto and Alberth Elis to roll to a 4-0 victory on Saturday.

Torres was ruled out of Saturday’s match due to concussion-related issues, but Manotas stepped in and delivered a pair of goals despite things not starting the way the Dynamo wanted. Manotas missed a 12th-minute penalty kick after drawing the foul from Orlando City’s Will Johnson.

Elis kicked off the scoring for the hosts, finishing nicely with a right-footed effort after 23 minutes. The Honduran international’s fourth goal of the season found the bottom right corner, while A.J. DeLaGarza was credited with the assist.

Manotas extended the Dynamo’s lead to 2-0 in the 51st-minute, finishing off Alex’s assist inside the box. The forward doubled his tally on the evening in the 65th-minute, this time finishing off Quioto’s assist on a fast break. The Colombian slotted past Joe Bendik for a 3-0 Dynamo lead.

Despite efforts from Cyle Larin and Luis Gil, Orlando City failed to beat Joe Willis on any of their four shots on goal. Quioto capped the final score at 4-0, scoring from long-range on another Dynamo fast break.

The Dynamo improved their record to 5-1-3 on the season with 16 points. All of those 16 points have come at home, where the Dynamo are unbeaten in their six home matches so far.

Orlando City (6-0-3) dropped their second match in the last four days, after a 2-1 road loss in Toronto on Wednesday. The Lions return home for a May 13th showdown with Sporting Kansas City.

The Dynamo, who now sit fourth in the MLS’ Western Conference, face off with the Vancouver Whitecaps at BBVA Compass Stadium on May 12th.

Mauro Manotas may have missed a chance at a hat trick on Saturday evening, but his two goals in the second-half pulled the hosts Dynamo ahead for good. The 21-year-old now has three goals on the season, while also chipping in an assist on the Dynamo’s final goal of the evening. With all three Houston forwards chipping in goals on Saturday, it proves that easily is the team’s strength right now.

Manotas’ first goal of the evening, six minutes into the second half really set the Dynamo on their way. It gave the hosts a two-goal cushion, which they would later extend. All three Dynamo forwards were excellent on Saturday, but the 21-year-old Colombian stood out most of all, and easily could have added a few more to his tally.

Donny Toia will have nightmares about his struggles with Dynamo’s attack, as Alberth Elis ran him ragged for much of the night.